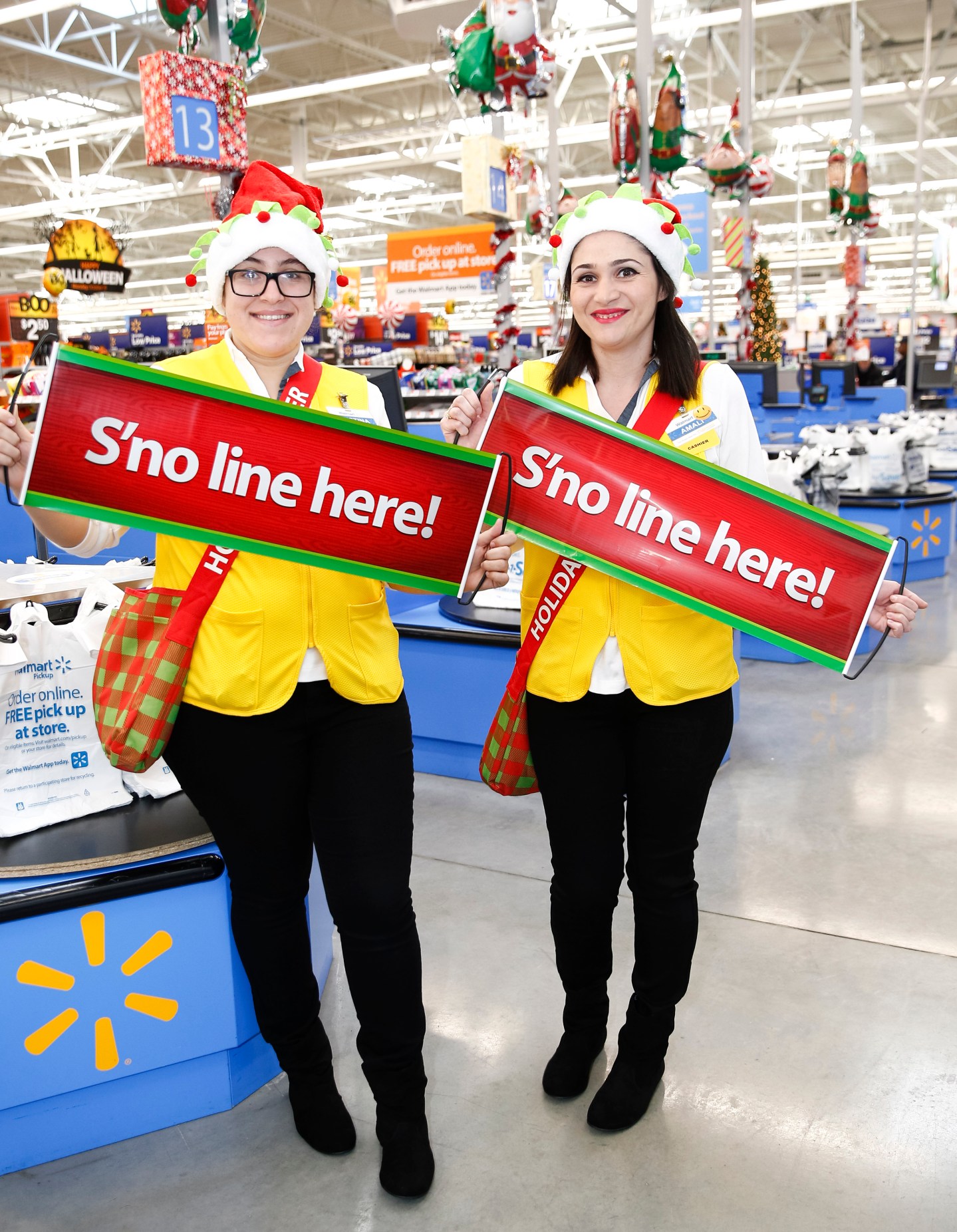 The next time you find yourself in a long wait for checkout at Walmart (WMT), don’t be surprised if a store worker clad in bright yellow and a Santa hat helps you find the shortest line.

Eager to build on recent improvements in its long-weak customer satisfaction scores and win shoppers’ favor during the peak shopping season of the year, Walmart is deploying “Holiday Helpers” to all of its 4,500 or so U.S. stores during the upcoming months. These workers, clad in yellow vests to make them easily identifiable to customers, will be tasked with speeding up checkout time by, among other things, fetching items that shoppers may have forgotten, so they don’t lose their places in line; helping to unload shopping baskets at the registers; and if it’s very busy, opening a cash register.

At the same time, these helpers, regular Walmart workers trained to use cash registers but looking to pick up some extra hours, will be there to add some fun to a retailer often seen as drab. These workers will be wearing festive Santa hats and bright red sashes inscribed with “Holiday Helpers,” and handing out candy canes. The no-frills shopping environment doesn’t cut it anymore, even for a discount retailer, and the helpers’ cheer will be all the more important given the lavish Christmas displays Target has planned.

“The Holiday Helpers are actually a great combination of a little bit of retail-tainment to bring fun back into the store, and it serves an incredibly practical purpose,” Walmart U.S. Chief Operating Officer Judith McKenna told Fortune on the sidelines of a press briefing on Wednesday in Teterboro, N.J. “That’s the #1 thing that customers told us; they want faster checkout.”

Walmart is enjoying something of a renaissance these days. Its U.S. comparable sales have risen eight quarters running, with the chain even besting Target (TGT) last quarter, thanks in part to improvements in customer service and better-maintained stores. A few years ago, Walmart was getting panned by shoppers for slow checkouts. In recent holiday seasons, Walmart ramped up cashier staffing to address that. Earlier this year, Walmart revived its door-greeter program and deployed staff at store entrances and exits as it looked to improve service and curb shoplifting.

Walmart has spent almost $3 billion in the last two fiscal years on giving store workers raises. And the Holiday Helpers’ hours will represent what McKenna calls “an investment.” These workers will be more present on weekends and as the holiday season advances.

The retailer is looking to improve convenience in other ways. Walmart has added tens of thousands of items available for same-day pick up from its stores. (A typical Walmart Supercenter holds 120,000 different kinds of items, but the company won’t give an exact number for how many of those can be picked up in a store after a web order.) The company expects the use of in-store pickup, a key tool in fighting back at Amazon.com (AMZN), to rise five-fold. To make sure things go smoothly, Walmart will have a pick-up department manager at each store.

Though Walmart doesn’t break out how much of its online business is picked up in-store, it is an increasing part of retailers’ e-commerce business. Target executives told reporters at a briefing on Tuesday that 35% of its online orders are retrieved at a store.

Convenience and service are not the only key components of Walmart’s holiday strategy. As it has for several quarters, Walmart is going hard at its competitors with pricing. That strategy has prompted Target, among others, to redouble the focus on low prices in its marketing. (Last quarter, Target’s comparable sales fell for the first time in two years.) Walmart will offer thousands of rollbacks– or discounts, in non-Walmartese language. It will also have many exclusive toys, such as a $398 Disney princess carriage.