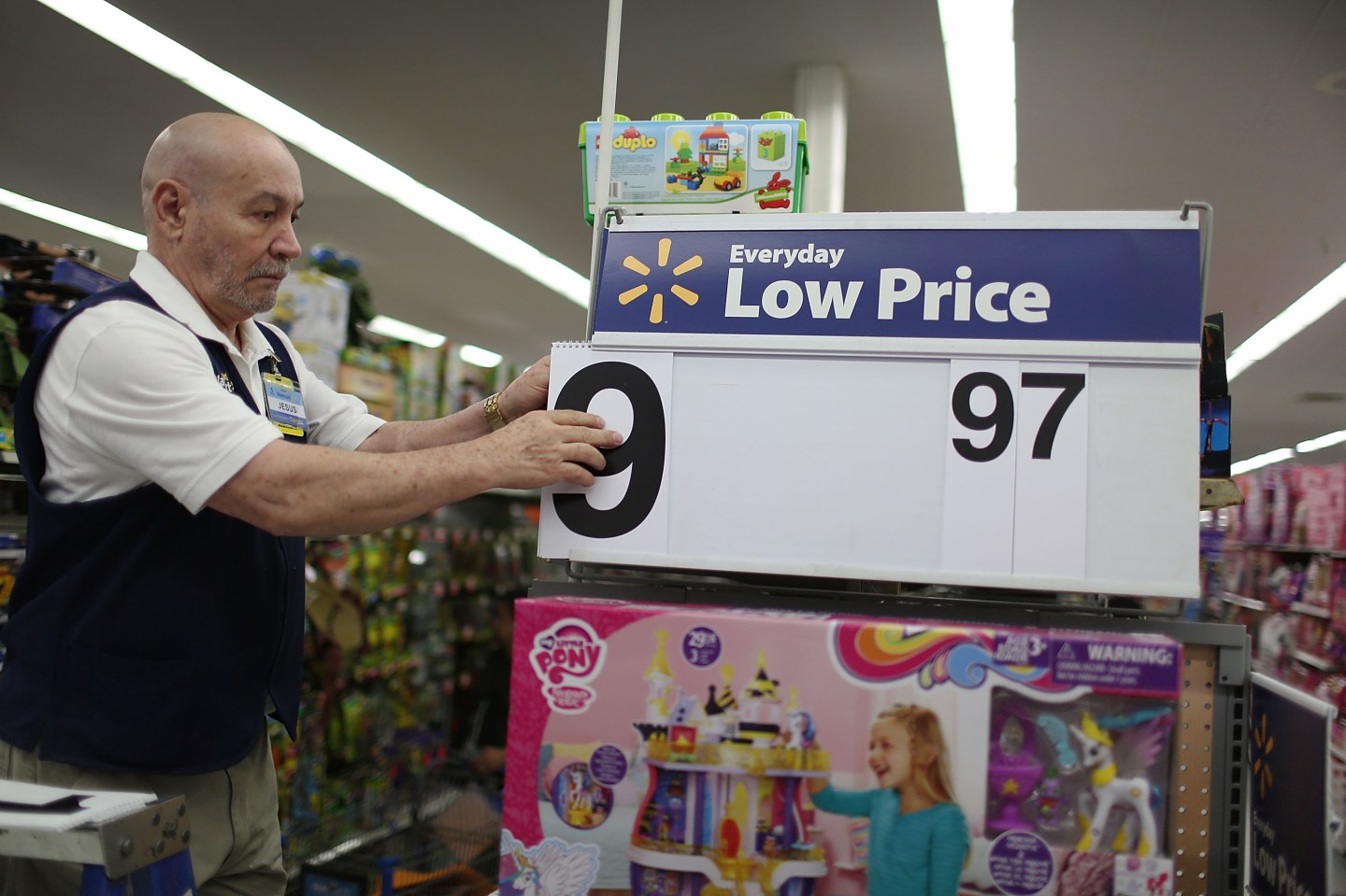 Walmart (WMT) has been on a tear this year thanks to billions of dollars worth of price cuts that are squeezing rivals.

And the discount retailer made it clear on Wednesday, as it presented its holiday season strategy, that other retailers shouldn’t expect any let up during the upcoming Christmas period.

Rather than focus on an abundance of short-lived deals that have long been the mainstay of the holiday season, Walmart will offer more lower-priced items that will last for an indefinite period, as it successfully did last year. That has been in response to customers’ expectation of more consistent pricing.

“We will win on price,” Walmart U.S. chief merchant Steve Bratspies told reporters at the Wednesday briefing in a Walmart store in Teterboro, N.J.

It’s clear Target (TGT) is feeling the heat. In the most recent quarter, Target’s comparable sales fell, while those at Walmart rose.

At its own holiday strategy presentation earlier this week, Target signaled it too would be more aggressive about pricing. During the holidays last year, Target offered 10 days of deals, something that raised its comparable sales 5% on those days. So the retailer will be bringing that campaign back.

What’s more, 60% of messaging in Target’s ads and social media campaigns will focus on value, up 20 percentage points from 2015. And in a new kind of promotion for Target, the store will trot out offers of $10 off a $50 purchase on a different product category each week, rather than just on individual products. Closer to Christmas, that will go to 25% off.

Still, one area where Walmart is not giving out freebies is free online shipping. Reuters reports that Walmart will still require a minimum online order of $50 to qualify for no shipping charges. In contrast, Target extended its free shipping offer from Dec. 26 to January 1. And Best Buy (BY) is again offering free shipping.

The holiday season fight is not limited to pricing and shipping. Looking to better compete with Amazon.com (AMEN), Walmart has added tens of thousands of items available for same-day online order pickup from its stores. (A typical Walmart Supercenter holds 120,000 different kinds of items, but the company won’t give an exact number for how many of those can be picked up in a store after a web order.)

Wamart expects the use of in-store pickup, a key tool in fighting back at Amazon.com, to rise fivefold. To make sure things go smoothly, a pick-up department manager will be at each store.

Though Walmart doesn’t break out how much of its online business is picked up in-store, it is an increasing part of retailers’ e-commerce business. Target executives told reporters that 35% of its online orders are retrieved at a store.

To speed up checkout, Walmart is deploying “Holiday Helpers” at its stores. Those workers, clad in bright yellow vests and Santa hats, will be tasked with helping shoppers find open registers and the shortest lines, as well as grabbing items customers may have forgotten so they don’t lose their spot.