Sorry, Trump. Someone Else Just Got Dibs on the Trump TV Trademark 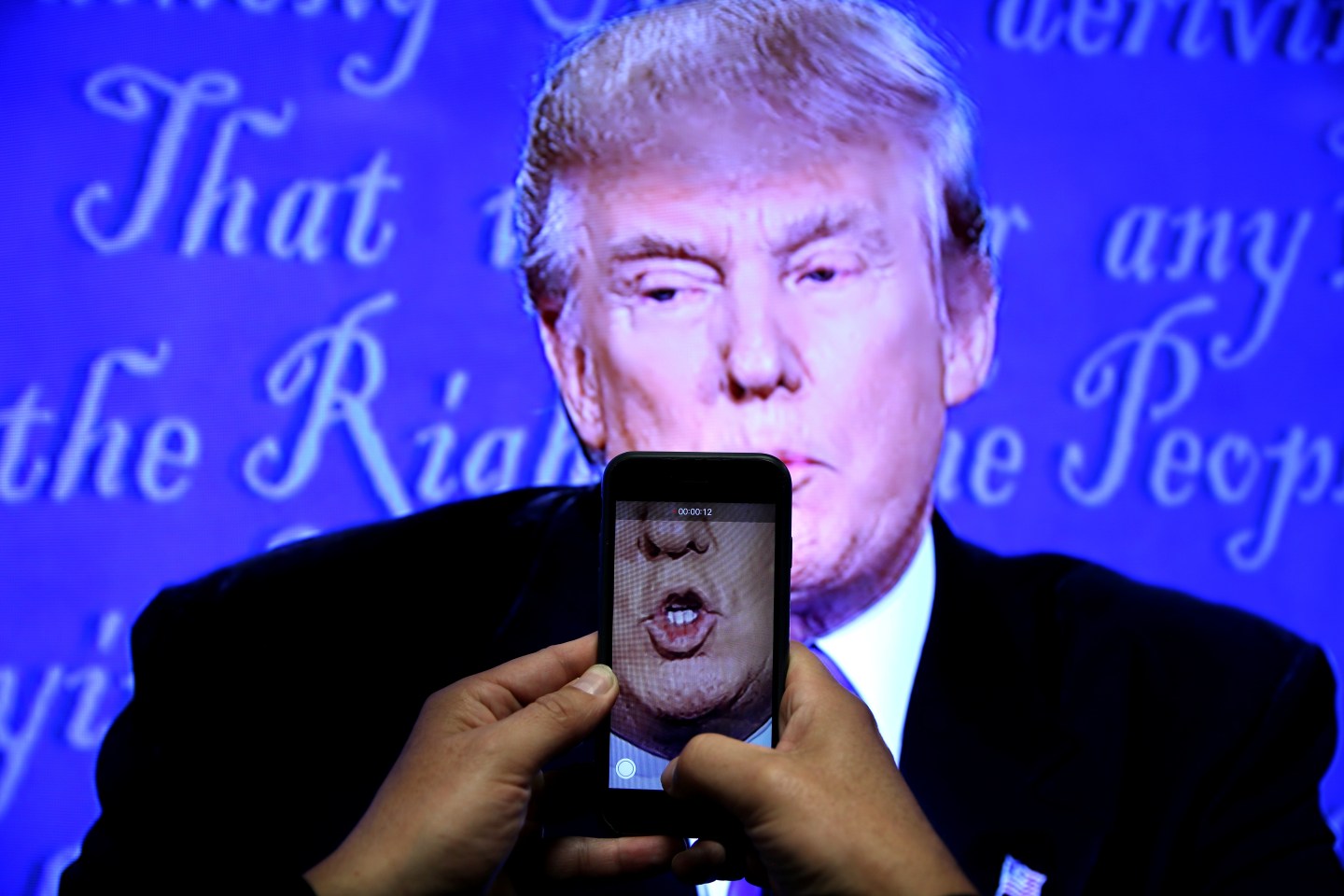 If Donald Trump wants to launch a broadcast network with his name on it after the election, he’ll have to get through an enterprising public health doctor named Mark Grabowsky first.

Grabowsky, who’s spent his career working on wiping out diseases like measles and malaria, noticed while watching the third presidential debate earlier this month that the trademark for “Trump TV” was still up for grabs. So, on a lark, he filed for it. By becoming the first to apply for the mark, the lifelong Democratic voter staked a claim that Trump’s legal team would have to challenge with the U.S. Patent and Trademark Office, a potentially months-long slog.

“It was just sort of a whim,” says Grabowsky. The Manhattan-based doctor says he no intention of actually trying to launch a media property, joking, “Here’s my chance to get Russian investment money, go bankrupt, take a big claim and not pay taxes.”

Trump for his part has consistently denied interest in starting a media business if his White House bid falls short. The campaign did not respond to a request for comment.

But Trump’s son-in-law, Jared Kushner, reportedly approached a top media dealmaker about such a project in the last few months. And the campaign stoked rumors about his plans when it debuted a Facebook Live broadcast during the final debate last week that looked like a beta test for a Trump-branded media venture. The stream attracted about 200,000 viewers and had the look of a Fox News-style operation, featuring hosts and guests. The campaign referred to it as “#TrumpTV.” It’s an idea his inner circle has been mulling since the Republican primaries, according to a Bloomberg report on Trump’s post-election plans.

Trump could almost certainly secure the trademark if he wants it. For one, Grabowsky’s declaration that he has no intention of using it will likely prompt the trademark office to decide against awarding it to him, according to Ann Ford, chair of the U.S. trademark, copyright and media practice at DLA Piper. And Trump’s fame gives him another advantage in locking down a trademark with his name on it. “Fame gives you a kind of superpower as a trademark,” Ford says.

But it could take a while. If the trademark office determines Grabowsky’s filing wasn’t made in good faith, the doctor would have six months to respond and could string that process out even longer if he chooses. And the burden on Trump’s legal team could grow even heavier if other people file for the trademark before the Trump Organization can, Ford says.

For now, Grabowsky doesn’t sound inclined to fight for it. “It’s not my shtick,” he says. “I’m a public health physician. That’s what I do.”

Trump, on the other hand, has a proven history making money off of his personal brand. He earned at least $9 million in 2015 from licensing his name, according to the financial disclosure form he filed earlier this year. In a financial summary he released last year, he pegged the total value of his real estate licensing deals and other branded developments at $3.3 billion, though independent appraisers have disputed that claim.

Over the years, Trump has trademarked a dizzying array of products and events with his name on them, many since failed or abandoned: Donald J. Trump, the Fragrance; Trump Vodka; Trump Power and Trump Fire (both non-alcoholic beverages); Purely Trump and Trump Ice (both bottled waters); Trump Steaks; Trump Style (a lifestyle magazine); Trump Steaks; Trump Shuttle; Trumpnet; and Oysters Trump. And in 1991, he managed to grab a trademark for “Central Park,” which he’s since slapped on everything from parking garages to pillows.

The campaign itself has presented its own branding opportunities. Trump applied to lock down the trademark for his now-signature “Make America Great Again” slogan way back in November 2012, days after Obama won a second term. And he’s kept an eye out since launching his bid. After Texas Sen. Ted Cruz accused him of throwing a “Trumpertantrum” when he finished second in the Iowa caucuses earlier this year, Trump mused about trademarking the term—“before he does.”