Hedge Funds Are Spending More Money Than Ever to Influence Elections 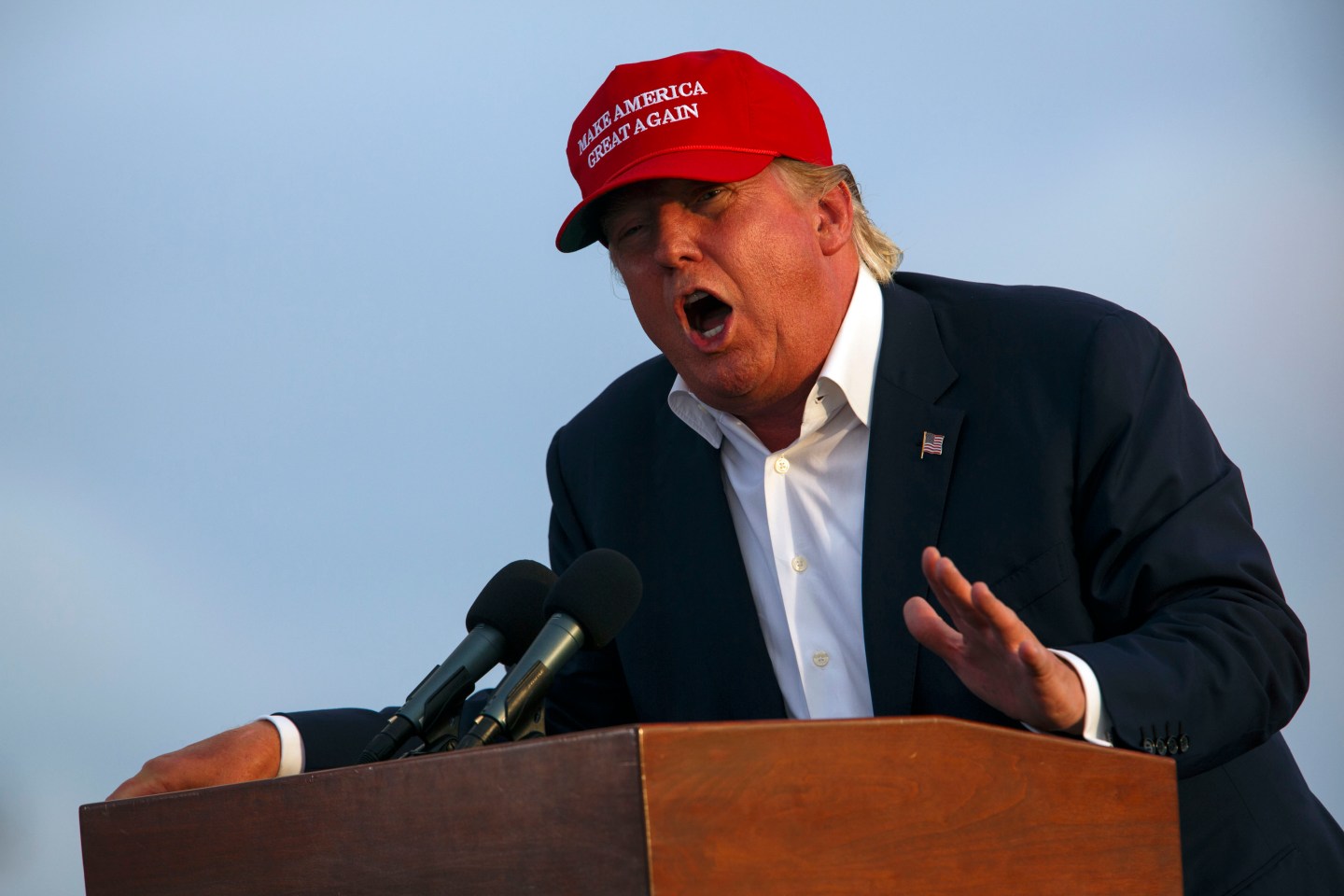 Wall Street is giving more money than ever to influence the outcome of the 2016 elections—but hardly any of it is going to Donald Trump. And that’s doubly true of the elite managers of the nation’s 1% and giant retirement plans.

So far, hedge funds and their employees have contributed more than $173 million towards political campaigns for the 2016 election, more than triple the amount they gave during the last presidential election cycle in 2012, and more than eight times their contributions in 2008, according to data from the Center for Responsive Politics (on which AFR based its report).

The financial sector, in general, has spent nearly $800 million on political campaigns this election season, up about 35% since the 2008 election cycle, and hedge funds have written the largest checks, according to a new report by the non-profit Americans for Financial Reform.

Still, while Fortune wrote in August that Trump appeared to be attracting more money from hedge fund managers including Carl Icahn, gaining ground on the industry’s support for its favorite presidential pick Hillary Clinton, broader support for Trump apparently failed to materialize. Big-money investors are either throwing their weight behind Democratic nominee Clinton or focusing their efforts on Congressional races rather than the presidential election, the study shows.

And while hedge funds used to lean left in their campaign finance activities, only 42% of their 2016 contributions went to Democrats, while 58% have gone to Republicans. That makes it all the more remarkable that GOP nominee Donald Trump has managed to win so little of them.

Including contributions from both hedge funds and private equity firms, Trump and groups supporting him have commanded $239,250, a more than 100-fold increase from the mere $2,054 he’d received in the first half of this year, according to the CFRP’s latest data. But at the same time, Clinton has managed to win another $20 million from those funds, bringing her total hedge fund and PE firm haul to $45.2 million, up from the $25.6 million reported over the summer.

Indeed, Clinton is the top beneficiary of the industry’s political contributions, while Trump doesn’t even rank among the top 10 recipients. After Clinton, hedge fund favorites included Marco Rubio, Jeb Bush, and Chris Christie, all Republicans. The data tracks the spending in the primary as well as the general election.

The leading hedge fund campaign financiers have largely withheld their support from Trump—even the ones that support Republican platforms. Take the biggest hedge fund political donor, Renaissance Technologies, which was also the industry’s leading campaign contributor in the 2012 presidential election. Renaissance has given more than $42 million to finance political campaigns, with more than $15 million of that coming from the hedge fund’s co-CEO Robert Mercer to back a PAC called Make America Number 1. While that PAC originally supported Ted Cruz’s presidential campaign, it switched to Trump after Cruz dropped out of the race, and Renaissance’s donations stopped shortly thereafter. Renaissance’s founder James Simons, on the other hand, has given nearly as much in support of Hillary Clinton—making the hedge fund’s overall contributions almost evenly split between parties.

Meanwhile Paul Singer’s hedge fund Elliott Management, the industry’s third largest political campaign donor, has directed roughly 99% of its more than $24 million in campaign contributions to Republicans—but Trump didn’t make the list. In fact, Elliott gave $2.5 million to an anti-Trump group called Our Principles PAC, according to the Center for Responsive Politics. Clinton herself even scooped up nearly $20,000 in direct contributions from the hedge fund.

Citadel, the Chicago-based hedge fund led by Ken Griffin, is also one of the industry’s top-five political donors, contributing more than $10 million almost exclusively to Republicans, But even it has given nearly $18,000 directly to Clinton while snubbing Trump. (While Griffin has given nearly $600,000 to groups that now support Trump, including Future45 and the Republican National Committee, he wrote those checks long before Trump received the GOP nomination.)

Other leading hedge fund campaign contributors have favored Democratic candidates, including billionaire George Soros’ family office Soros Fund Management and Paloma Partners, which has stepped up its support of pro-Clinton groups just in the last month or so.

Hedge funds, because of their recent lackluster performance, may not be an influential when it comes to the market. But that is not stopping the people who run those firms from using their accumulated wealth to keep a large hand the levers of power.