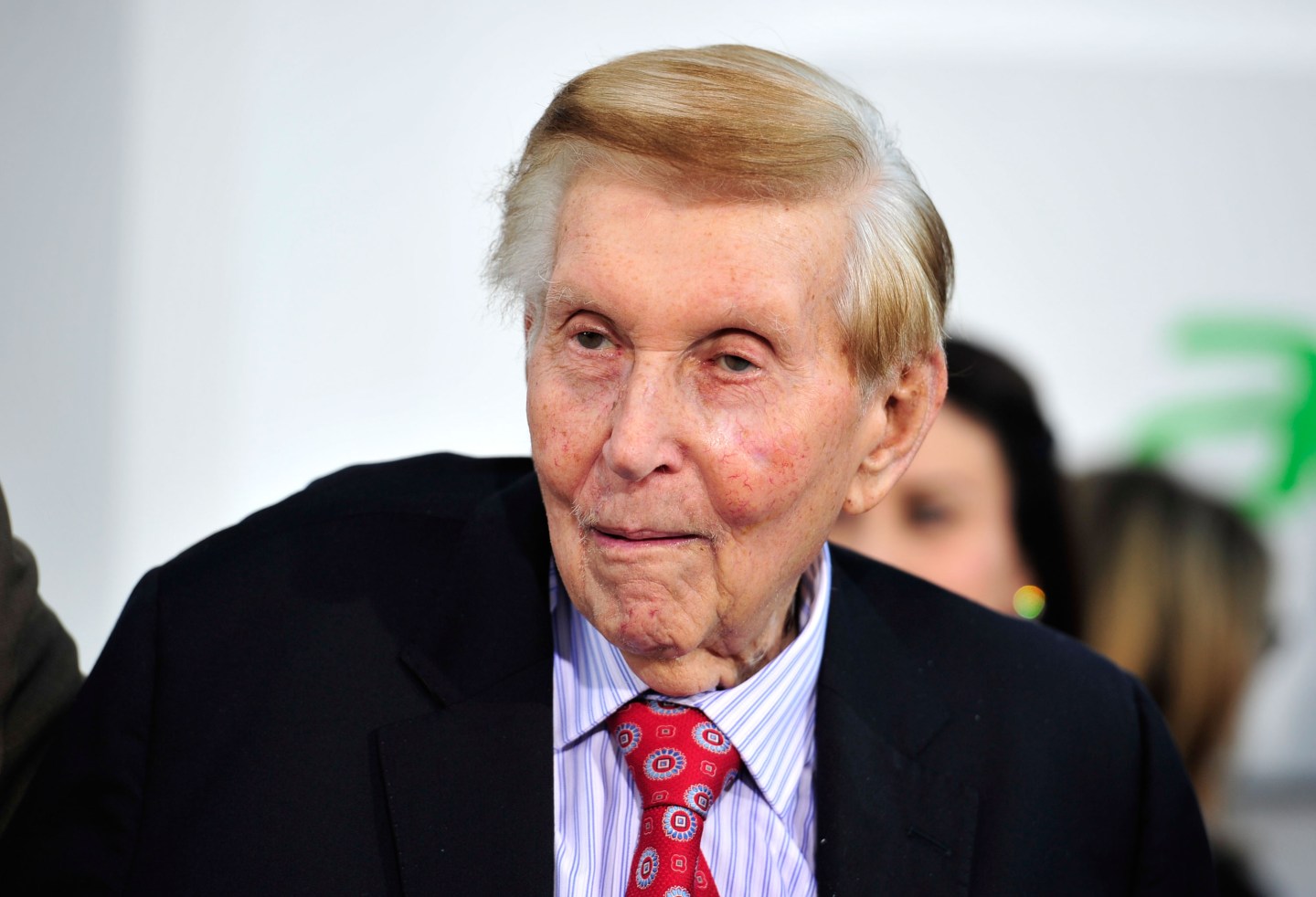 Viacom's Sumner Redstone arrives at the premiere of Paramount Pictures' 'Star Trek Into Darkness' at the Dolby Theatre on May 14, 2013 in Hollywood, California.
Photograph by Frazer Harrison — Getty Images

Media mogul Sumner Redstone on Tuesday sued two ex-girlfriends for civil claims including elder abuse, alleging he was forced to borrow $100 million from the private company that holds his voting shares of CBS and Viacom to cover tax obligations on gifts he gave to the women.

The lawsuit, filed in Los Angeles Superior Court, seeks about $150 million that Redstone’s lawyers say he gave to Manuela Herzer and Sydney Holland. Redstone’s lawsuit is the newest front in a nearly year-long litigation war between the 93-year-old billionaire former Viacom chairman and Herzer.

Ronald Richards, an attorney for Herzer, said the lawsuit has no merit. “All of the gifts Mr. Redstone made to my client and to Sydney Holland were made with his full knowledge and blessing,” he said.

Holland, in a statement, called the lawsuit “fictional revisionist history.” Redstone’s attorneys and doctors “vetted and approved all payments” she received, the statement said.

Herzer had challenged her removal as Redstone’s designated healthcare agent last year, saying Redstone was not competent to make the decision. A Los Angeles judge dismissed Herzer’s case in May, saying Redstone made it clear in a videotaped deposition that he did not want Herzer making decisions about his care. Herzer has appealed that ruling.

In the lawsuit filed on Tuesday, Redstone says Herzer and Holland engaged in a years-long scheme to drain his wealth by running up credit card bills, selling stock and changing his estate plan.

National Amusements owns 80% of the voting shares of CBS (CBS)and Viacom (VIAB), but the media mogul controls stock options and other shares of the companies, the lawsuit said.

However, this triggered matching tax obligations of more than $90 million, the lawsuit said. Redstone then had to borrow $100 million from National Amusements to cover it, the lawsuit said, “because Holland and Herzer had cleaned out Redstone’s bank accounts.”

The lawsuit also cites several emails from a Redstone nurse saying that Herzer and Holland continually berated him and falsely said his family did not want to visit.

Herzer’s attorney, Richards, said Redstone is now being manipulated by his family, and Herzer hopes his true mental state will emerge during the course of the lawsuit.