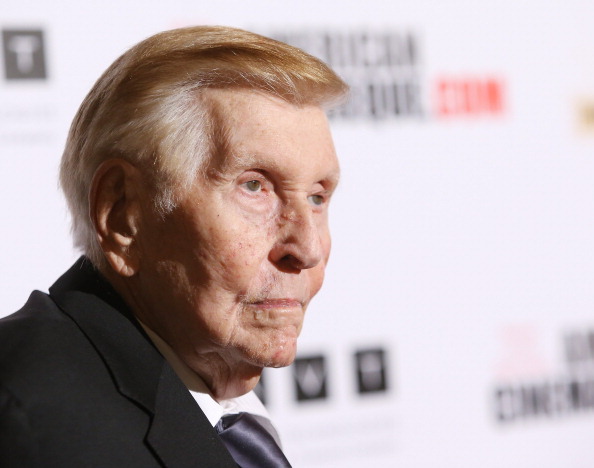 An ex-girlfriend of media mogul Sumner Redstone will not be granted a new trial over her lawsuit that challenged the 93-year-old’s mental competence, a California judge said in a tentative ruling on Monday.

Former companion Manuela Herzer argued that recent developments surrounding Viacom (VIAB), one of the media companies that Redstone controls, provided new evidence to support her claim that the billionaire mogul was being manipulated.

“There are no grounds for a new trial under the facts presented,” Judge David Cowan wrote in a tentative ruling.

California judges often issue tentative rulings, which are then finalized after a hearing with few major changes.

Viacom shares dropped 1.8 percent in afternoon trading to $44.37 on Nasdaq.

In a lawsuit filed last year, Herzer had challenged her removal as Redstone’s designated healthcare agent in October 2015. In May, Cowan dismissed Herzer’s case after one day of testimony.

Less than two weeks later, Redstone removed Viacom Chief Executive Philippe Dauman and another board member from the trust that will control Viacom and CBS (CBS) after Redstone dies or is declared incapacitated, according to Redstone’s spokesman.

Judge Cowan noted that Redstone, in a videotaped deposition presented at Herzer’s original trial in May, “has vehemently indicated he does not want her in his life.”

“The proceeding is not reasonably necessary to protect Redstone’s interests as a patient,” Cowan wrote.

Herzer’s attorneys will appeal the dismissal of her lawsuit, lawyer Pierce O’Donnell told reporters on Monday. O’Donnell said he would file the appeal within a day or two and ask to have it expedited.

Herzer and Dauman have argued in court documents that Redstone suffers from diminished mental competency and is a victim of undue influence exerted by his daughter, Shari. She denies that allegation, saying her father makes his own decisions. Redstone’s attorneys also say the mogul is fully aware of his actions.

Dauman is challenging his removal from the trust in separate litigation in Delaware. Fred Salerno, Viacom’s lead independent director, also has filed suit in Delaware to challenge the removal of Viacom board members in June.