How Google Is Pitching Stats and Analysis to World Series Fans 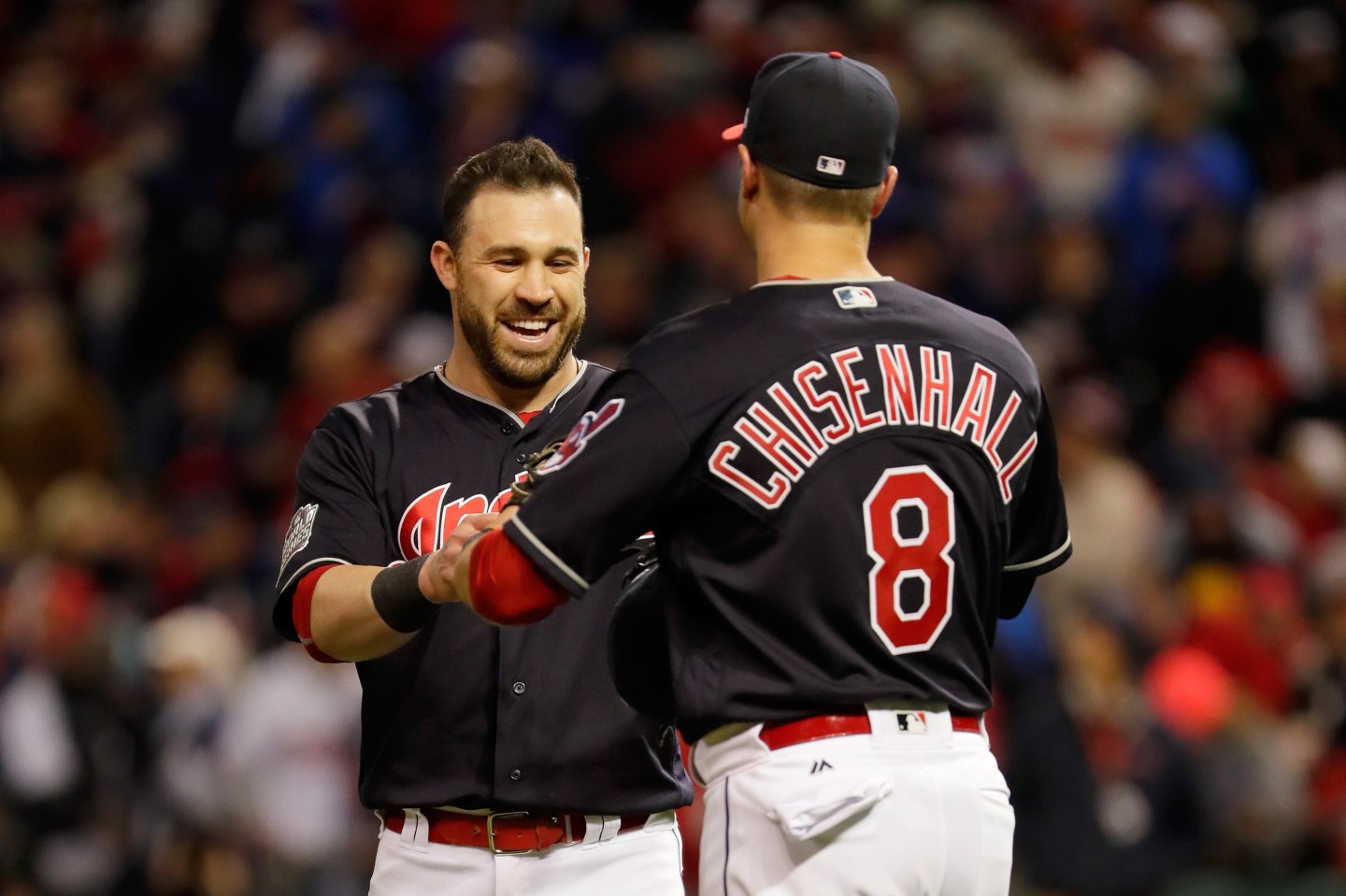 CLEVELAND, OH - OCTOBER 25: Jason Kipnis #22 and Lonnie Chisenhall #8 of the Cleveland Indians react against the Chicago Cubs in Game One of the 2016 World Series at Progressive Field on October 25, 2016 in Cleveland, Ohio. (Photo by Jamie Squire/Getty Images)
Jamie Squire Getty Images

There’s something about baseball and all those crazy stats that appeals to data nerds—and the Google Cloud evangelist team is taking advantage of that. Eric Schmidt (no, not that Eric Schmidt, this Eric Schmidt) is analyzing every pitch, every at bat, and is posting his take on Google’s cloud blog.

The main goal is to demonstrate how to use Google Cloud Platform’s data crunching goodies, writes Schmidt, a developer advocate for Google. That means services like Cloud Dataflow, which parses both streaming, real-time data as well as more sedentary, stored (or “batch”) data. Think live baseball stats coming over the wire versus troves of MLB data from decades ago stored on paper or a database somewhere.

They’re also using Cloud Datalab for interactive data display and visualizations, and BigQuery for storing and parsing data for exploration. And, as noted above, baseball has a wealth of data going back a century.

But for those more interested in current events, Schmidt’s team winnowed through this season’s data to look at things like every at bat against Chicago Cubs starter Jon Lester and his Cleveland Indians counterpart Corey Kluber to come up with insights for their Game One start on Tuesday night. They also looked at how Cleveland reliever Andrew Miller worked under stress.

Miller amazing under pressure, plays with fire twice and does not get burned. https://t.co/Le0pHl3ggv #worldseries pic.twitter.com/JtEjIKvCzZ

As each World Series game progresses, we’ll look at trends, anomalies and forthcoming risk and give @googlecloud Twitter followers a taste of what we’re “hearing” from the game, answering questions like “Is this pitcher performing at his best?” “What was the probability of the triple play?” and “How strong is the Indians’ remaining bullpen?

And, (major kudos here) the data team came up with what it calls “The Harry Doyle Method” to assign a score to each possible outcome of every pitch based on “count management, location control, and outcome.” Doyle—if you don’t know, but you really should—is the perpetually irritated Cleveland Indians broadcaster played by Bob Uecker in the movie Major League.

Here’s another visualization, but check out the blog for more detail.

One thing the crack data team won’t do is predict the outcome of a game or the series. (Google (GOOGL) tools can only do so much.)

For more on MLB, watch:

Google rival Amazon Web Services(AMZN) has a high-profile deal with Major League Baseball, which uses AWS to run many of its MLB Statcast insights.