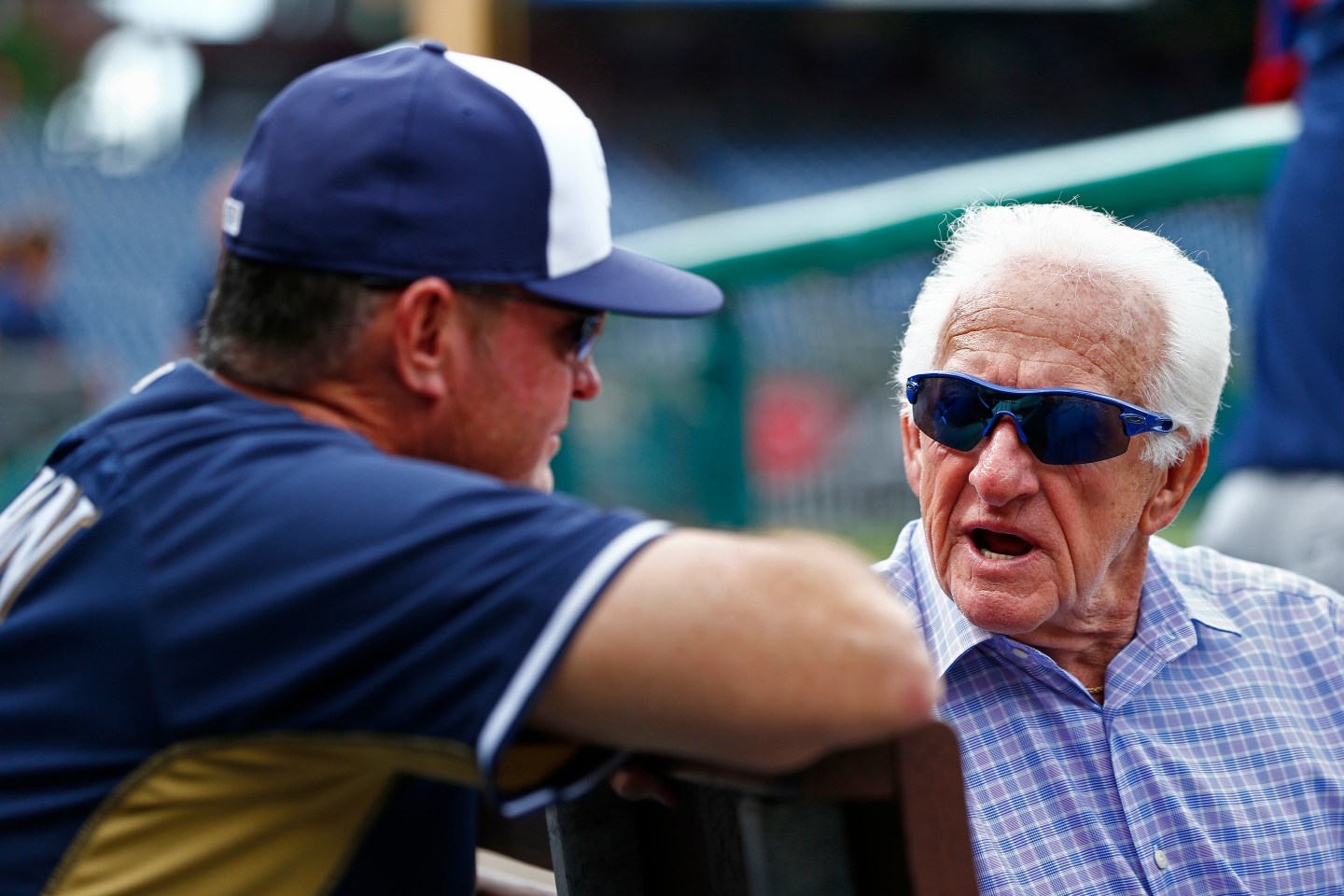 An online petition wants to put Bob Uecker on the World Series telecast, replacing Fox’s Joe Buck in the booth. The Change.org petition posted late last week gathered just over 46,000 signatures as of Tuesday morning—4,000 or so short of the 50,000 goal.

Uecker, 81, was a light-hitting catcher for the Milwaukee Braves starting in 1956. He went on to play for the St. Louis Cardinals, the Philadelphia Phillies, and the Atlanta Braves before hanging up his spikes in 1967 and returning to Milwaukee as a Brewers play-by-play man. He remains a Brewers’ radio broadcaster 46 years later.

Also known as “Mr. Baseball,” Uecker is probably now most familiar for playing Harry Doyle, the perennially frustrated Cleveland Indians broadcaster in the movie Major League. That makes him a cult favorite among baseball buffs generally, but a superstar among Cleveland Indians fans who are seeing their team return to the World Series for the first time since 1997 to play the Chicago Cubs. The Indians last won it all in 1948, which is a long drought, but then again the Cubs’ last championship came 40 years before that. Uecker also starred in a series of very popular Miller Lite ads in the 1980s.

Many baseball fans appear to prefer Uecker to Buck, who has taken considerable heat for his calls. San Francisco Giants partisans, in particular, have felt he favored the Cardinals, and more recently, the Los Angeles Dodgers in his commentary.There was even a Reddit discussion entitled “Why, specifically, does Joe Buck hates your team?” For the record, Buck has always denied any bias.

Tab Bamford, a lifelong Cubs fan, told Fortune he submitted the petition Friday night in part because he sees a pro-St. Louis bias in Buck but also to introduce younger baseball fans to Uecker who is indisputably hilarious. If you need proof, check out his acceptance speech upon receiving major League Baseball’s Ford C. Frick award in 2003.

Buck was formerly a Cardinals broadcaster as was his father, Joe Buck, Sr.

For more on sports broadcasting, watch:

Whatever your feelings about Buck, you have to give him credit for handling this Uecker groundswell graciously. On Tuesday morning, Buck tweeted that he would be very happy to have Uecker in the booth with him during the World Series on Tuesday when the Indians will face off against the Cubs in Game 1.

Nothing would make me happier than to have Uecker in the booth. https://t.co/BWnpitDmGL

Still, that’s not good enough for the anti-Buck forces. Commenters on the Change.org site said the whole point is to have Uecker instead of Buck—not Uecker in addition to Buck. One protestor said Uecker should be in the booth with Buck at least 50 miles away.

This is one tough room.

Note: This story was updated with quotes from Tab Bamford.