Beyond Meat Plans Broader Rollout for ‘Beyond Burger’ 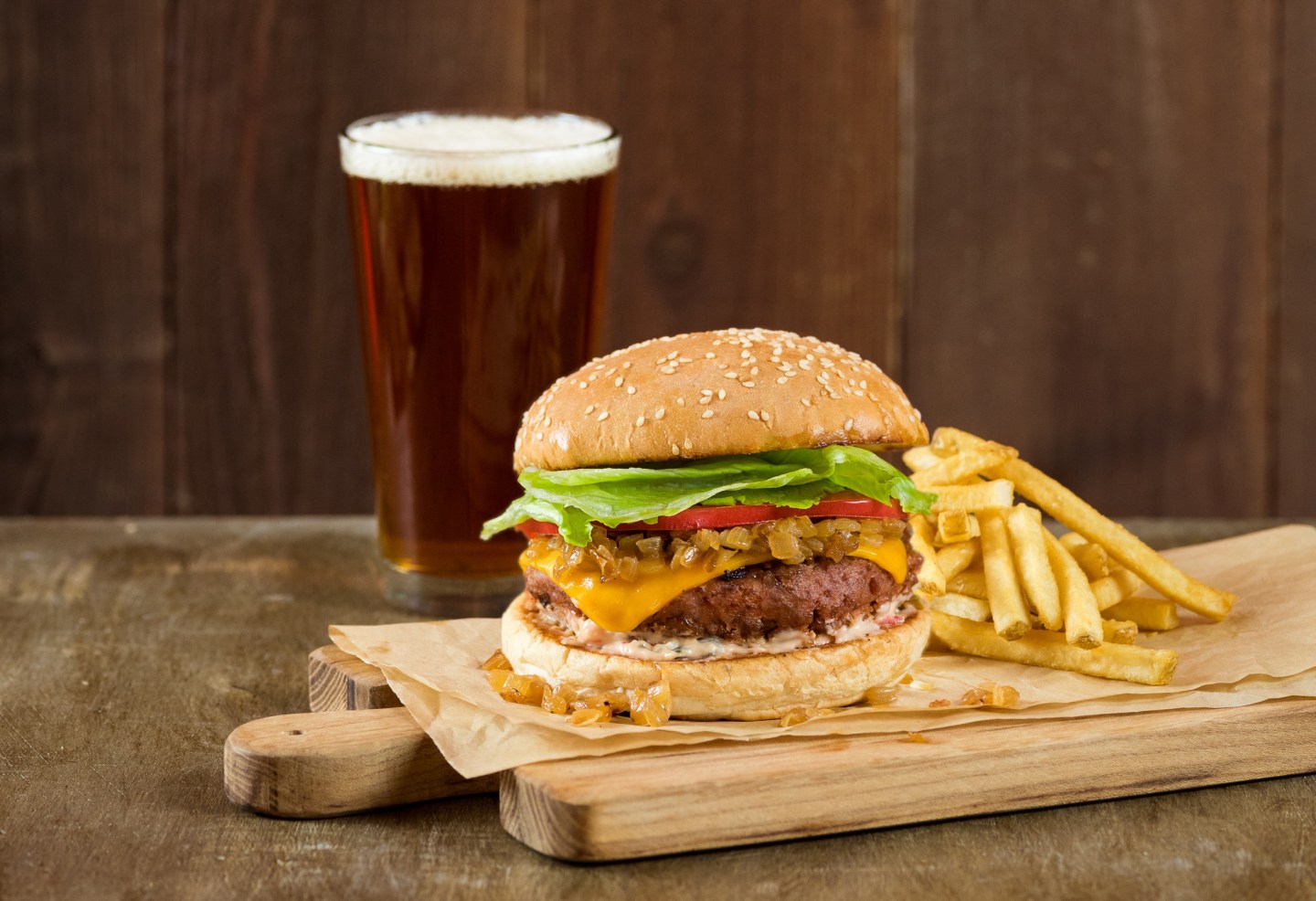 Vegan purveyor Beyond Meat founder Ethan Brown has big dreams: He wants consumers to get more protein from plants and ditch meat in the process.

“Consumers are very hungry for a solution from plant-based meats,” Brown tells Fortune. “As an industry, we’ve come up short in the past. There’s a hunger for it—but the product doesn’t always deliver.”

To get the masses on board, the food startup knows it needs to expand innovation and bulk up. That explains why Beyond Meat has won some critical financial backing, including investments from Tyson Foods (TSN) and General Mills (GIS), moves that will help the smaller company boost its product portfolio and distribution.

While most of those distribution gains are focused on getting shelf space at national retailers like Whole Foods (WFM), Beyond Meat is also inking side deals that will help spread its wings in the restaurant world. The startup tells Fortune that it has partnered with West Coast fast-casual chain Veggie Grill to bring its “Beyond Burger” to the chain’s 28 locations.

“We want to expose the Beyond Burger to as many people as possible,” said Brown, who also serves as CEO.

The Beyond Burger has become a buzzy item in the food startup world, even getting a splashy nod in the pages of The New York Times.

The burger proclaims to be the world’s first plant-based variety that looks, cooks, and tastes like the ground meat found in most burgers today. I tasted it this weekend and can verify that it is the closest in taste and texture that a vegetarian burger has ever gotten to a traditional beef burger. That gives the burger serious potential to appeal to meat eaters—a vast market since less than 1% of the U.S. population are vegans and less than 5% are vegetarians.

“I’ve set a goal for the company and for myself, and it is very personal to me,” Brown said. “By the time my kids are 16—they are 11 and 12 today—they should be able to walk into a McDonald’s or Burger King and be able to buy a Beyond Burger.”

That sounds like a moonshot; after all, McDonald’s (MCD) and Burger King (BKW) aren’t known for stocking or selling competitor brand products in their restaurants.

But the move to aim for distribution in restaurant chains is a compelling one. It generates yet another way for a brand like Beyond Meat to introduce itself to a new consumer group that might not shop at the grocery stores where its items are stocked. While big, quick-service chains might not take the leap, other bigger casual dining or fast casual companies (like Panera Bread, which already works with outside brands) could be interested—in particular those looking to partner with a food startup.

There’s a significant price difference. Beyond Burger has a suggested retail price of $5.99 for two patties, while Veggie Grill’s version will cost $12.95 (with a ton of traditional burger fixings). This restaurant launch also comes as Beyond Meat targets broader national distribution in Whole Foods by the end of this year.

Veggie Grill CEO Steve Heeley, who has been vegan for a few years, says that finding a vegetarian burger that truly replicates meat has been a “holy grail” item that hasn’t been successfully made until Beyond Meat’s innovation.

“It is the core of Americana,” Heeley said. “We think this is something that our guests are going to flock to.”