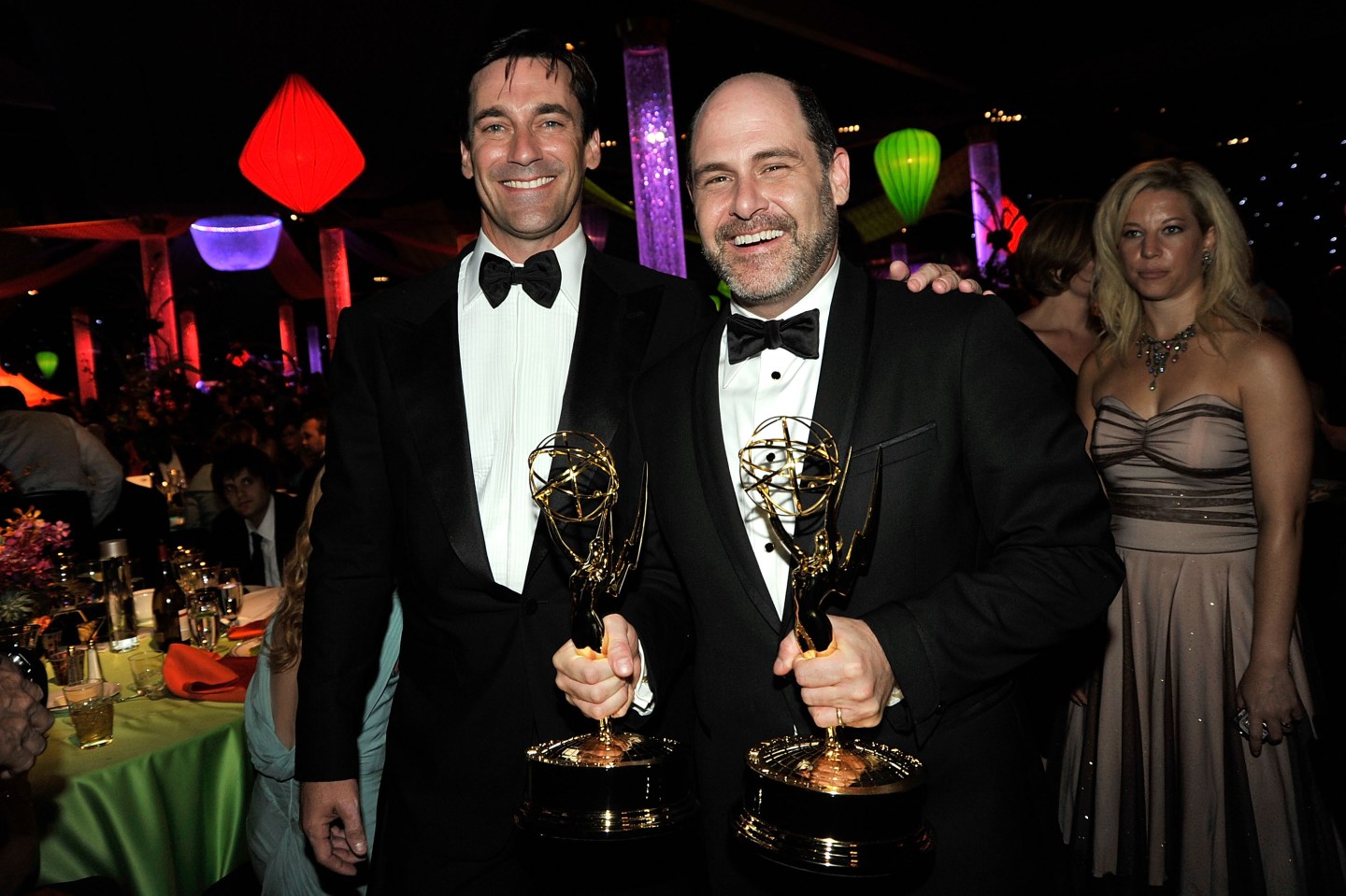 Amazon is spending big to become the new destination for big-name auteurs, and the latest example is the huge $70 million payday the e-commerce giant is reportedly bestowing upon Weiner for his next television series. Deadline first reported on Wednesday that Amazon beat out half a dozen other bidders to land the new anthology series from Weiner, the Emmy award-winning Mad Men showrunner and former writer on HBO’s The Sopranos.

While details about the new series—Weiner’s first since Mad Men ended last year after seven seasons—are sparse, Weiner is expected to write and executive produce the eight-episode television project while directing about half of the episodes. The series will also reportedly be set in present day, following Weiner’s success in recreating the look and feel of life in the 1950s and 1960s for Mad Men. The series will be co-financed by Amazon and The Weinstein Company.

Fortune reached out to Amazon for comment and will update this article with any response.

The deal with Weiner marks Amazon’s latest partnership with a big-name director and showrunner, as the company continues to make waves with its growing portfolio of original streaming content. Weiner now joins the ranks of Soloway, who just won her second-straight Emmy for directing Transparent on Amazon, while David E. Kelley (Ally McBeal, The Practice) also joined the streaming site with his latest legal drama, Goliath. Iconic comedian and director Woody Allen signed on with Amazon last year to develop his first-ever TV series, Crisis in Six Scenes, which also debuted earlier this fall. (Amazon also paid $15 million for the rights to Allen’s next film.)

In addition to those auteur-driven series, Amazon has also won critical acclaim for series such as the Golden Globe-winning Mozart in the Jungle, while the site’s adaptation of Philip K. Dick’s Man in the High Castle became Amazon’s most-streamed original series ever last year.

In a statement to Deadline, Weiner spoke about how Amazon’s original programming is able to stand out in an era chock full of television content. “In a time when there are so many options for entertainment, it’s been tremendous to see how [Amazon Studios head] Roy Price and Amazon have taken center stage by distinguishing themselves through bold choices,” Weiner said.

Amazon’s expenditures and output are not quite on par with its streaming rival Netflix, which just announced it will spend $6 billion to create a whopping 1,000 hours of original content next year. But, the e-commerce company is far from afraid to roll out massive amounts of money to lure high-profile talent to its subscription streaming service.