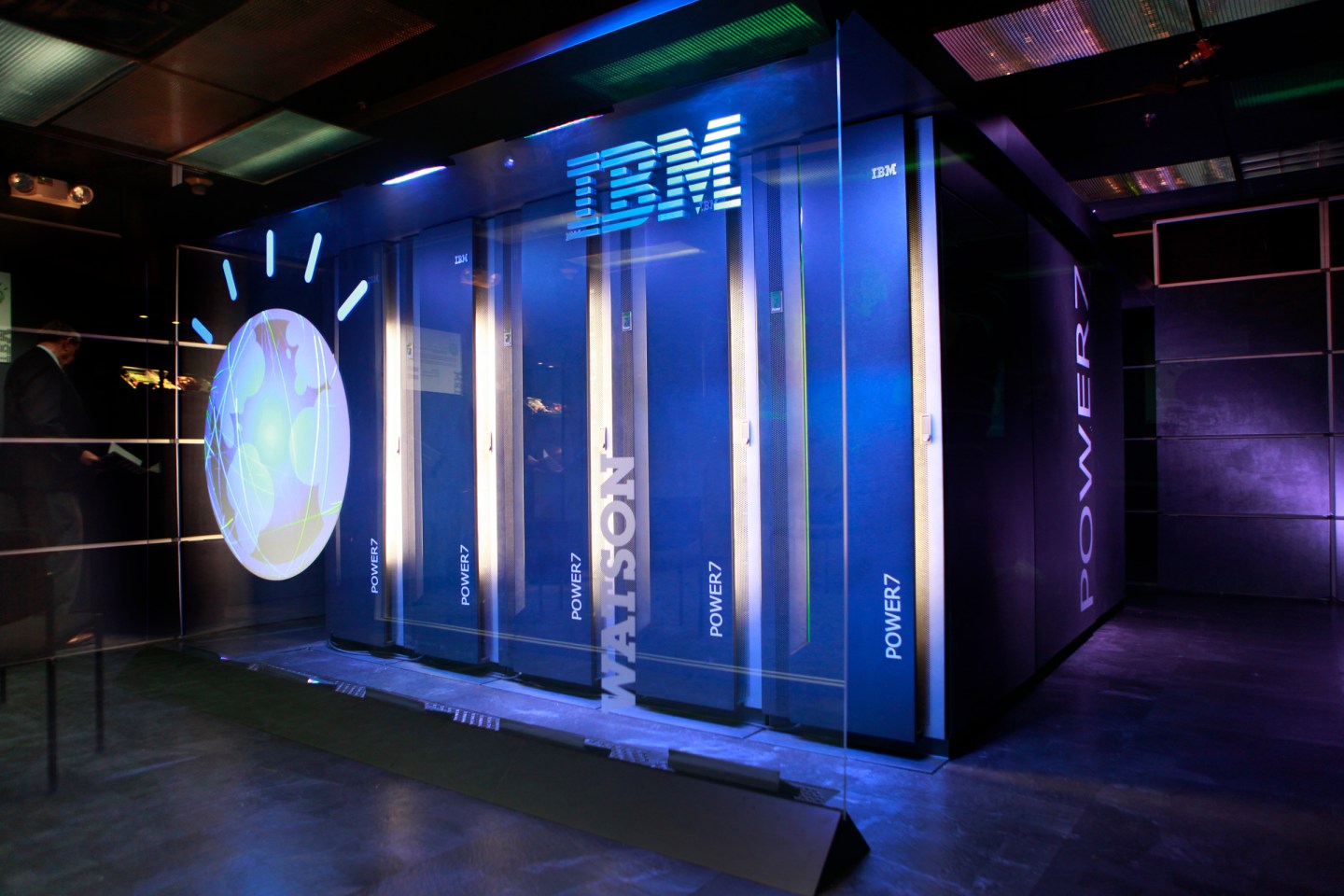 Artificial intelligence, the machine learning technology that allows “smart” machines to take over human tasks like driving cars or ordering pizza, is quickly becoming the go-to technology for many industries to hire talent for, including health care, auto, and finance. Research firm Markets and Markets estimates the AI market will grow to more than $5 billion by 2020, given the rising adoption of AI across these industries.

That’s why online education company Udacity is debuting a new way for workers to learn skills needed to be experts in developing artificial intelligence for the likes of IBM and others.

Udacity originally launched “Nanodegrees” to train people hoping to land technical jobs, such as software developing. Nanodegrees also aim to teach people about the advanced and emerging technologies like self-driving cars or Android development for mobile phones. The degrees, which cost $1,800 to $2,400 and can be completed online, take an average of six to nine months to complete. In the past, Udacity has partnered with companies like Google (GOOGL), BMW (BMWYY), Tata Motors (TTM), and Mercedes-Benz (DDAIF) to both create curricula for the degrees and to commit to hiring graduates from the program.

With the artificial intelligence “degree,” Udacity is partnering with IBM’s (IBM) artificial intelligence unit, Watson, Chinese ride-sharing giant Didi Chuxing, and Amazon’s (AMZN) Alexa, which is Amazon’s AI-powered voice assistant. In particular, Udacity says it is working with IBM to develop the curriculum for the course, and with Didi Chuxing on getting graduates from the program hired. IBM is also said to be helping graduates with job opportunities. Specific coursework includes computer vision and natural language processing.

“This is truly a global effort, with global potential. We believe AI will serve everyone best if it’s built by a diverse range of people,” said Udacity’s President and Co-Founder Sebastian Thrun. Thrun is a former Google executive.

The AI program is structured into two terms, and students must take both to complete the Nanodegree program. Each term is $800, and students are expected to spend around 15 hours per week on the course, with the full degree taking six months.

Udacity said it is seeing success with its focused Nanodegrees. The company recently said that 13,000 people have applied for the self-driving car technology Nanodegree, with a number of automotive and technology companies signed up to hire graduates.

For Udacity, the program is a way to make money off of online courses. Earlier this year, Udacity’s revenue from Nanodegrees was growing nearly 30% month over month and the initiative is profitable, according to Thrun. According to one source, Udacity was on track to make $24 million this year. Udacity also just became a unicorn—a startup valued at or above $1 billion—in its most recent $105 million funding round in 2015.