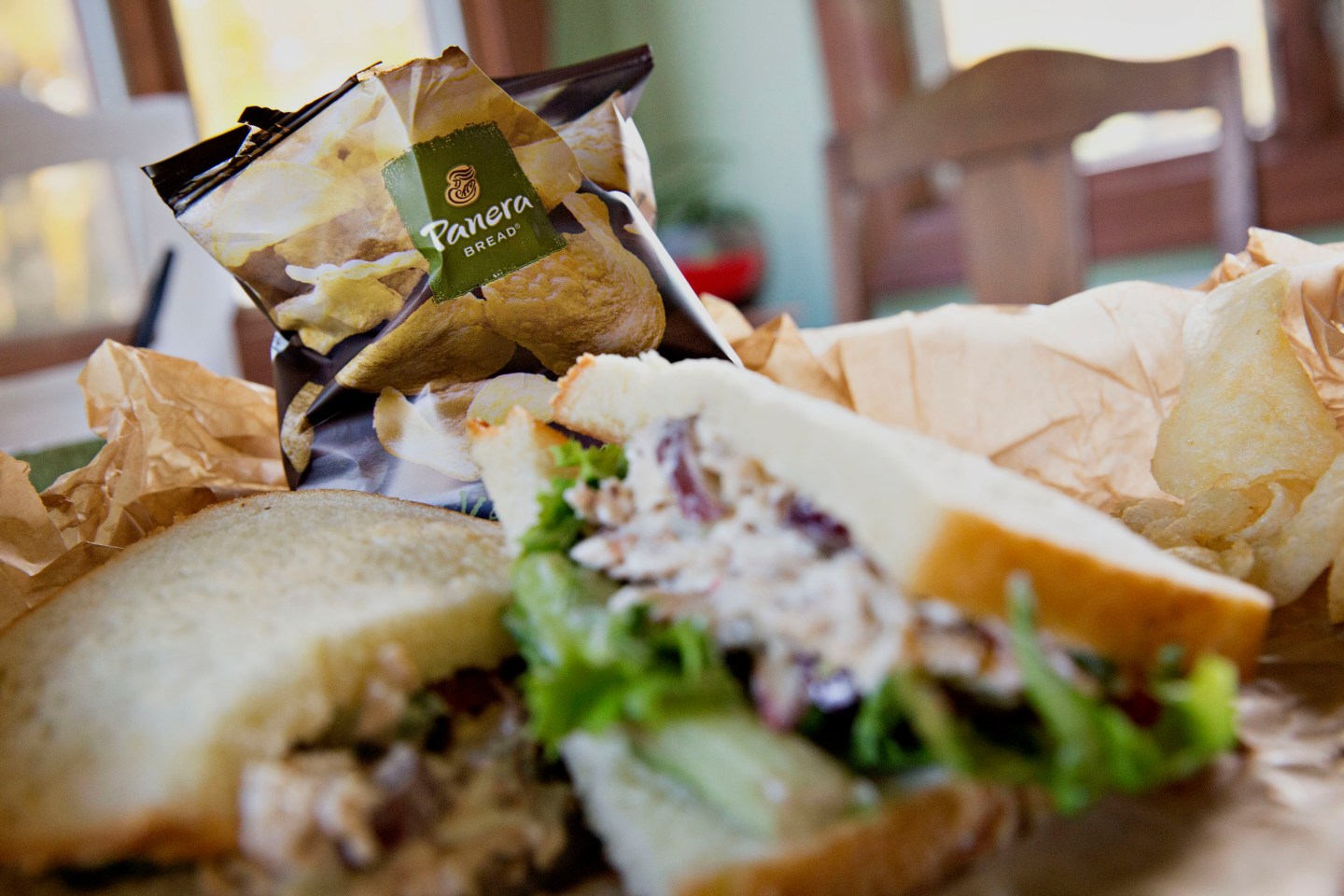 On Tuesday, two of the most prominent fast-casual restaurant chains coincidentally reported quarterly results—and there was a clear winner. Chipotle Mexican Grill’s total revenue tumbled nearly 15%, while Panera Bread’s climbed 3%. Is there correlation? Not exactly.

Ahead of the results, while chatting with Shaich about his chain’s vow to ensure the kids’ menu at Panera is stocked with “clean” ingredients, we asked Shaich if Chipotle’s woes—related to a poorly handled and prolonged food-safety crisis—had been a big sales boost for rival Panera.

“Actually it hasn’t,” Shaich said. And then he asked for my pen and paper.

Shaich showed Fortune the math. At the time, he estimated that Chipotle—with roughly $4 billion in annual revenue—has been reporting roughly 20% sales declines in any given quarter, implying a $200 million drop in revenue in each quarter. (That math was nearly spot on: Chipotle’s total revenue declined by $180 million in the most recent quarter).

If Panera was able to even capture just 5% of that lost Chipotle business—and that’s a lofty estimate—it would only see a $10 million boost to revenue. “That’s diminutive,” Shaich explained.

Shaich said the important thing to remember about the restaurant industry: It is highly fragmented. There are close to 293,000 chain restaurants in the U.S. alone and Panera and Chipotle each only have a little over 2,000 apiece. So because the industry has so many players, it would be hard for any chain—Panera in this case—to capture meaningful market share.

“When Chipotle was hot, our [sales] comparisons didn’t go down, and when Chipotle is down, our comps didn’t go up,” Shaich said. “We haven’t seen anyone correlated with Chipotle as it goes down, because the industry is so fragmented.”

But notably, Panera is outperforming the company’s restaurant rivals. While the broader industry is struggling as economic uncertainty, falling grocery prices, and even worries about the U.S. presidential election put pressure on sales, Panera seems to be impressively navigating the headwinds. Shaich has said that’s because Panera is “increasingly more relevant to the consumer,” a branding win that goes back several years to when the cafe chain talked more openly about “clean food” and invested $150 million in enhancing technology both at checkout and on the back end to make processing orders smoother.

All of that is paying off. Total revenue grew 3% to $684.2 million in the third quarter, while adjusted earnings climbed 4% to $1.37 per share. Both figures beat expectations.

“Despite an industry slowdown, our Q3 comps rose 3.4% and our two-year comps were up 7.2%,” Shaich said in a prepared statement on Tuesday. He added that the company was “confident our efforts will translate into industry-leading comps and sustainable double-digit earnings growth in 2017.”