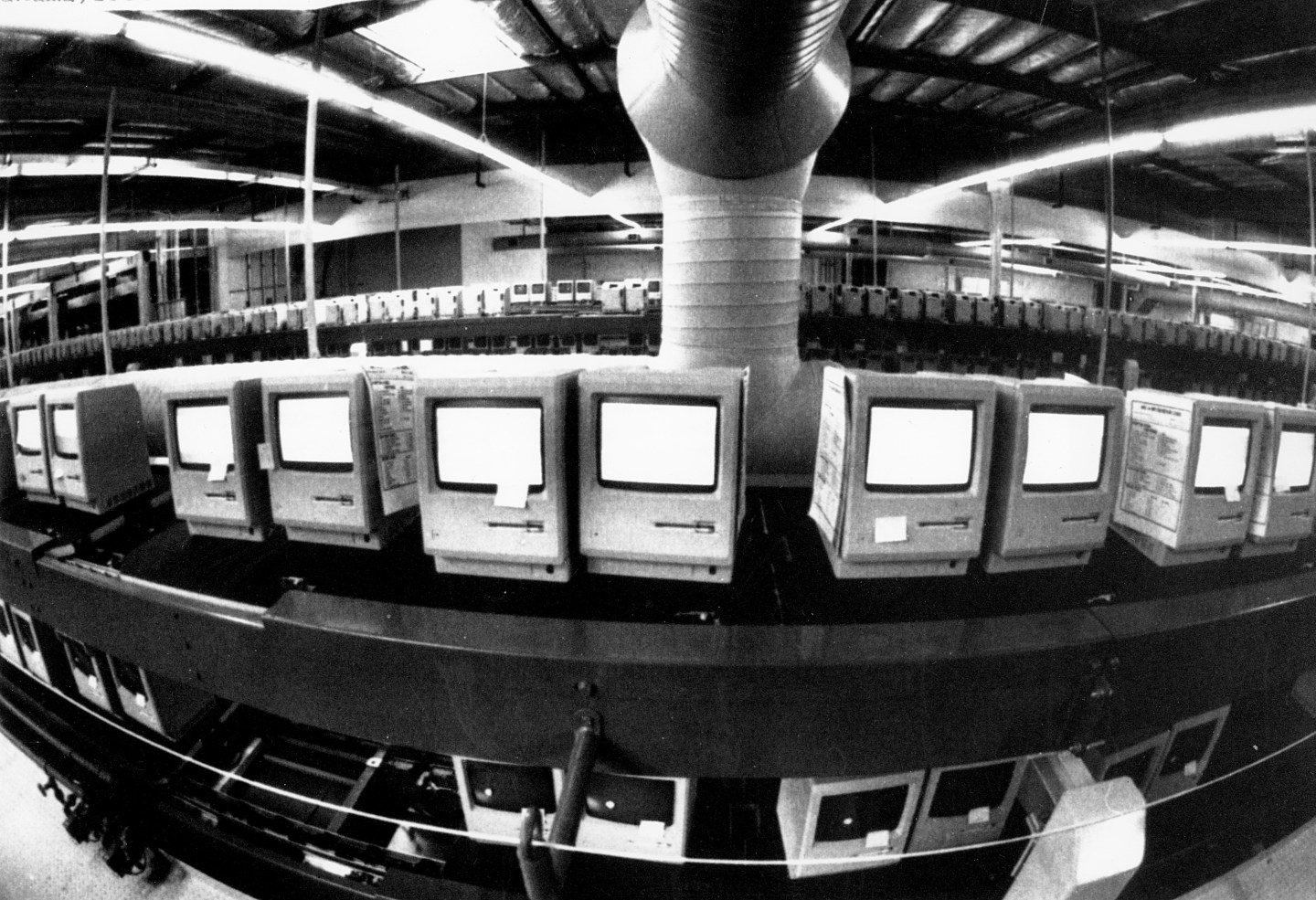 Apple’s hardware might be innovative and appealing, but its stock is really what you should buy, a new calculator shows.

If customers had invested in Apple stock instead of the Macintosh the company released in 1984, the stock value would have soared 287 times over, according to data from a new online calculator called InvestInstead. Thus, if instead of paying $2,495 for a Macintosh in 1984 and customers put that money into Apple stock, their shares would now be worth $715,943, or more than $710,000 after fees.

While that’s the biggest jump in InvestInstead’s Apple calculator, its data also reveals that customers who could have invested the $499 it took to buy an iPhone in 2007 would now own nearly $3,700 in Apple Stock. Those who bought an iPad for $499 on its launch date in 2010 would now have $1,882 in Apple stock value.

The InvestInstead calculator, which was earlier discovered by The Next Web, comes from the creators of WhatIfIBoughtAppleInstead, another calculator that focuses solely on what Apple shares would be worth today if investors put their cash into the company’s stock instead of raising a child. Now, the calculator’s developers are questioning how wealthy investors would be if they didn’t buy that latest gadget.

In addition to Apple (AAPL), the calculator lets users see how much stock value they’d have in Amazon (AMZN), Microsoft (MSFT), Tesla (TSLA), and countless other technology companies if they’d invested in their shares instead of buying their products.

In the case of Microsoft, for instance, InvestInstead reveal that investors who would’ve put $299 into the company’s stock on November 15, 2001 instead of buying the Xbox gaming console on launch day would now have $807 in share value. Instead of buying a Tesla Model S for $57,400 on June 22, 2012, folks should have bought Tesla’s stock for the same amount: it’d now be worth more than $344,000.

InvestInstead says it will add more products and companies to its service as time goes on.