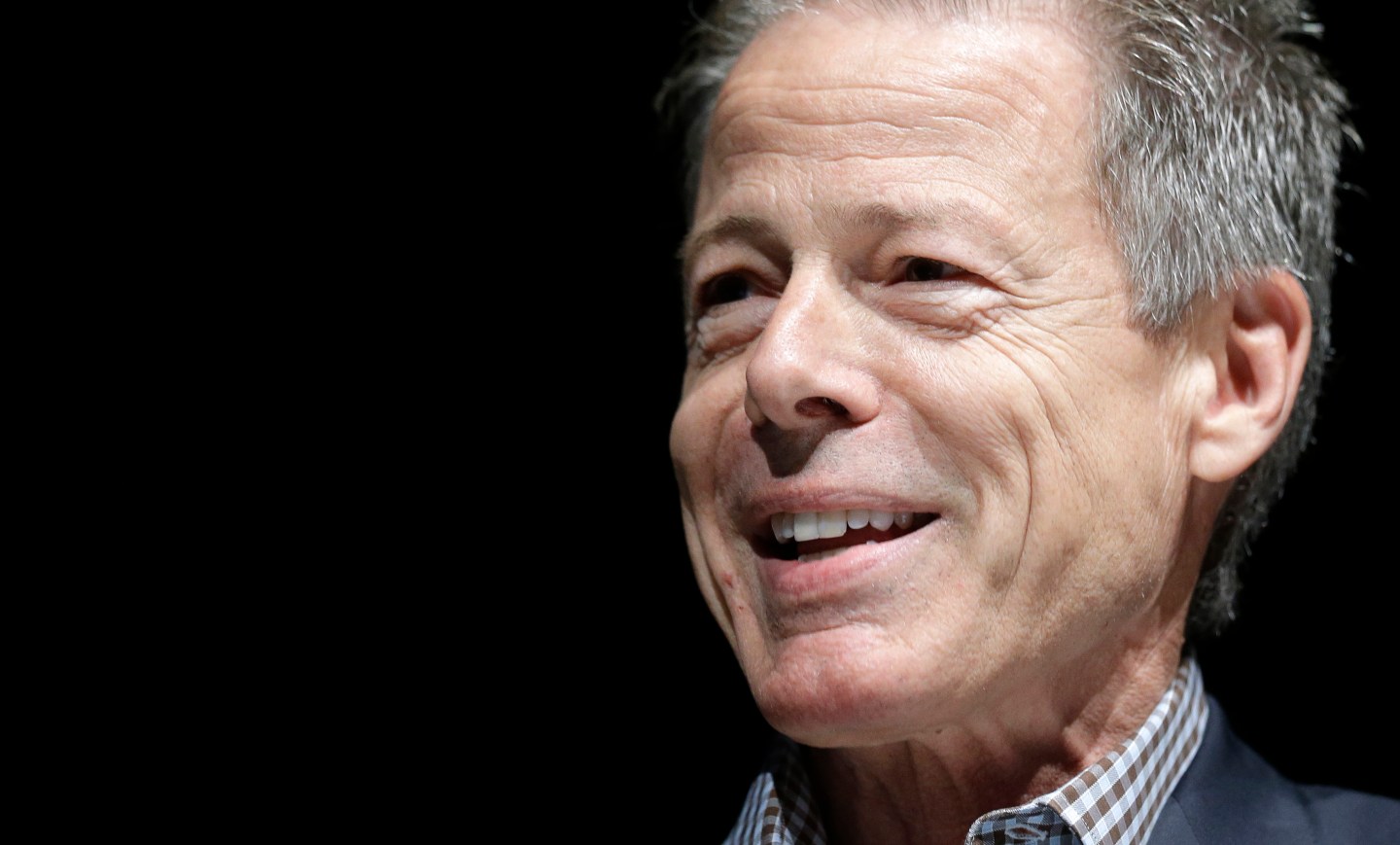 Public company CEOs should download a photo of Time Warner CEO Jeff Bewkes and make it the wallpaper on their phones, a persistent reminder of what the chief’s job is and how to do it. Forgetting those fundamentals is perilously easy, but Bewkes has remembered them during nearly nine years as CEO.

The job isn’t empire building or score settling or even maximizing earnings per share. It certainly isn’t personal aggrandizement. It’s creating value for the owners, which Bewkes will have done in spectacular fashion if his deal with Randall Stephenson of AT&T (T)—approved unanimously by both boards over the weekend—goes through. Over his tenure he will have returned about 143% to shareholders, including dividends, versus the S&P’s 48% return. And he’s dong it at the helm of a giant old company that was formed through a merger that will live in legend as one of the all-time worst.

Bewkes is managing this feat with the aid of three insights that every business leader should remember:

—He understands what creates value. As the first corporate-finance wonk to run Time Warner (TWX), Bewkes knows that value arises from earning a return on all the capital in the business that exceeds the capital’s cost—something that’s blindingly obvious yet often forgotten. The company he was handed, the product of the AOL-Time Warner merger announced at the peak of the Internet bubble, carried so much capital that earning an acceptable return was impossible. So the first thing Bewkes did was spin off AOL. Then he spun off capital-intensive Time Warner Cable. Time Warner’s return on capital minus its capital cost—its economic profit—is still negative, according to calculations by the EVA Dimensions consulting firm, but that’s not what investors really care about. They want to see economic profit increasing, which it has done every year since Bewkes off-loaded AOL.

—He knows that sometimes smaller is more valuable. Many CEOs equate size with success. For themselves personally, that view may be rational; many companies still base CEO pay partly on the company’s size. But as Bewkes demonstrated, a smaller company can be more valuable than a bigger one. He has avoided the ego disorder that prevents many CEOs from seeing that reality.

—He has no problem selling if the price is right. Many CEOs view a bid as an attack and respond instinctively by declaring war. Rational CEOs do what Bewkes did—they just evaluate the bid. When Rupert Murdoch’s News Corp. bid $85 a share for Time Warner in June 2014, Bewkes and the board decided that was too little. They were right; just over two years later, Stephenson is willing to pay $107.50. That’s an excellent deal for shareholders. Sold.

For more on AT&T/Time Warner deal, watch this:

The media business is changing so dramatically that Time Warner is almost certainly more valuable to someone else than as a stand-alone entity. Bewkes has picked the right moment to sell. This assessment by BTIG analyst Richard Greenfield, published over the weekend, sounds right: “Bewkes and his senior management team can see where the entire legacy media world is headed: secular decline. We believe Bewkes will end up being remembered as the smartest CEO in sector—knowing when to sell and not overstaying his welcome, to maximize value for shareholders.”