Bombardier to Cut 7,500 Jobs Over the Next 2 Years 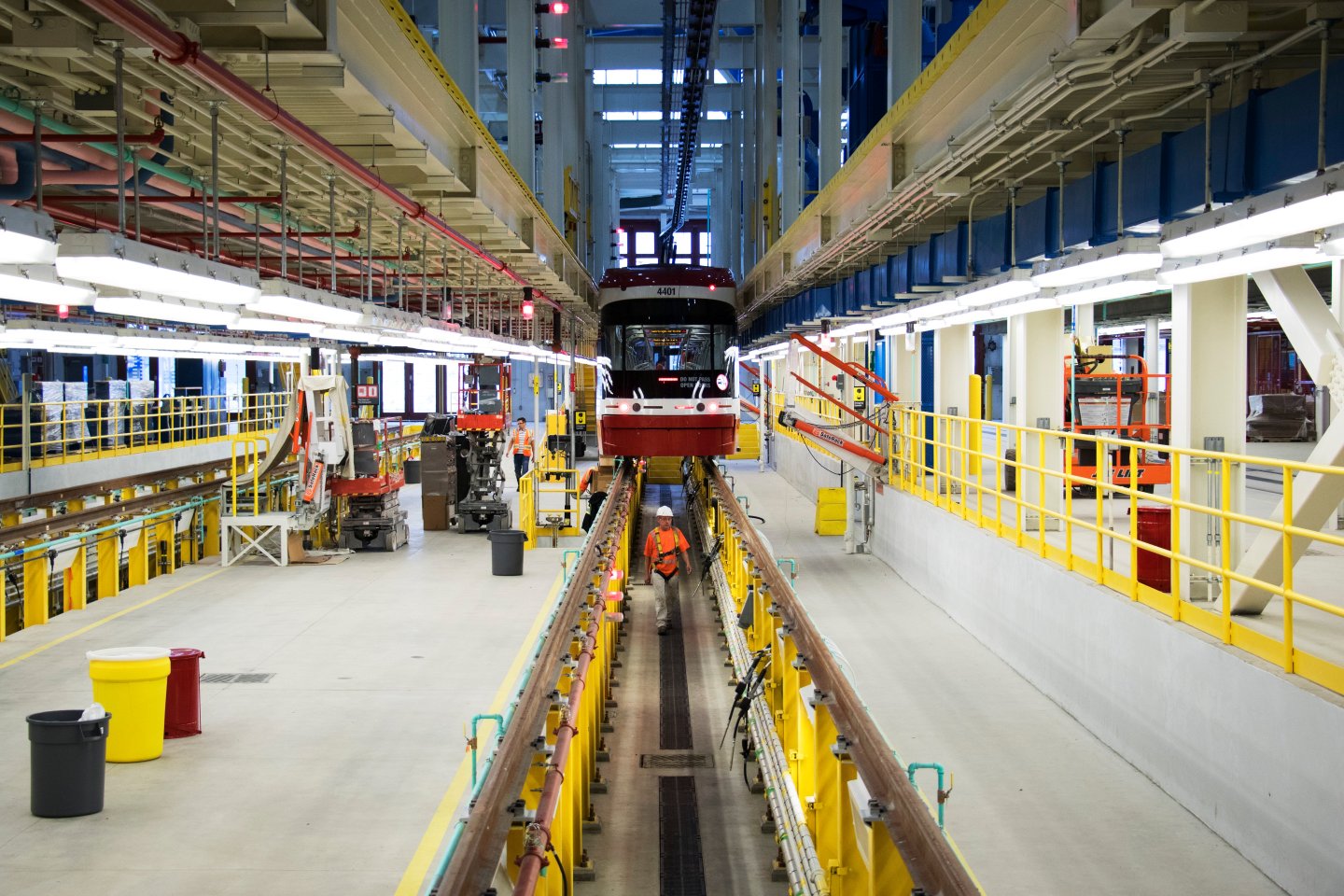 Canadian plane and train maker Bombardier will shed jobs for the second time this year, cutting about 10% of its global workforce over two years as it deepens turnaround efforts at its rail division.

The Montreal-based company, which has struggled in recent years with cost overruns in its aerospace unit, said on Friday it will cut about 7,500 jobs globally with about two-thirds of those in Bombardier Transportation. The rest of the cuts will be made in the aerospace division.

It said restructuring charges of $225 million to $275 million will be accrued as special items, beginning in the fourth quarter and through 2017.

“We understand these are difficult decisions … but in the end what we are going to be left with is a leaner, stronger organization,” Bombardier Chief Executive Alain Bellemare said in an interview adding the moves were part of a broad turnaround plan, aimed at improving operations amid cost and productivity concerns.

Bombardier said it expects recurring savings of about $300 million by the end of 2018.

In February, the company cut 10% of its workforce, also over two years, and with nearly half of the cuts in its rail arm, which has a large workforce in Europe.

As it did in February, Bellemare said Bombardier (BDRAF) will simultaneously be “strategically hiring” for its growth areas: The CSeries family of narrowbody jets and its Global 7000 business jet, which is expected to make its first flight next month in a boost for a plane whose entry into service has been delayed two years.

Last month, Bombardier sliced in half the 2016 delivery forecast for its CSeries aircraft and said it expected full-year revenue to be at the lower end of its previously announced range.

Bellemare said he did not expect the job cuts, which include 2,000 workers in Canada including 1,500 in Quebec, would impact the company’s separate talks with the federal government over a $1 billion investment in the CSeries.

Ottawa is under pressure from the Quebec government, which last year invested $1 billion in the CSeries program for a nearly 50% stake in the project, to match that investment.

Innovation Minister Navdeep Bains, who is in control of the negotiations, has cited “good quality jobs” as one factor in the talks.

“I think it has to be very clear that the decisions we are taking are not related to our discussions with the federal government,” CEO Bellemare said. “We are doing this because we want to save jobs in Canada.”