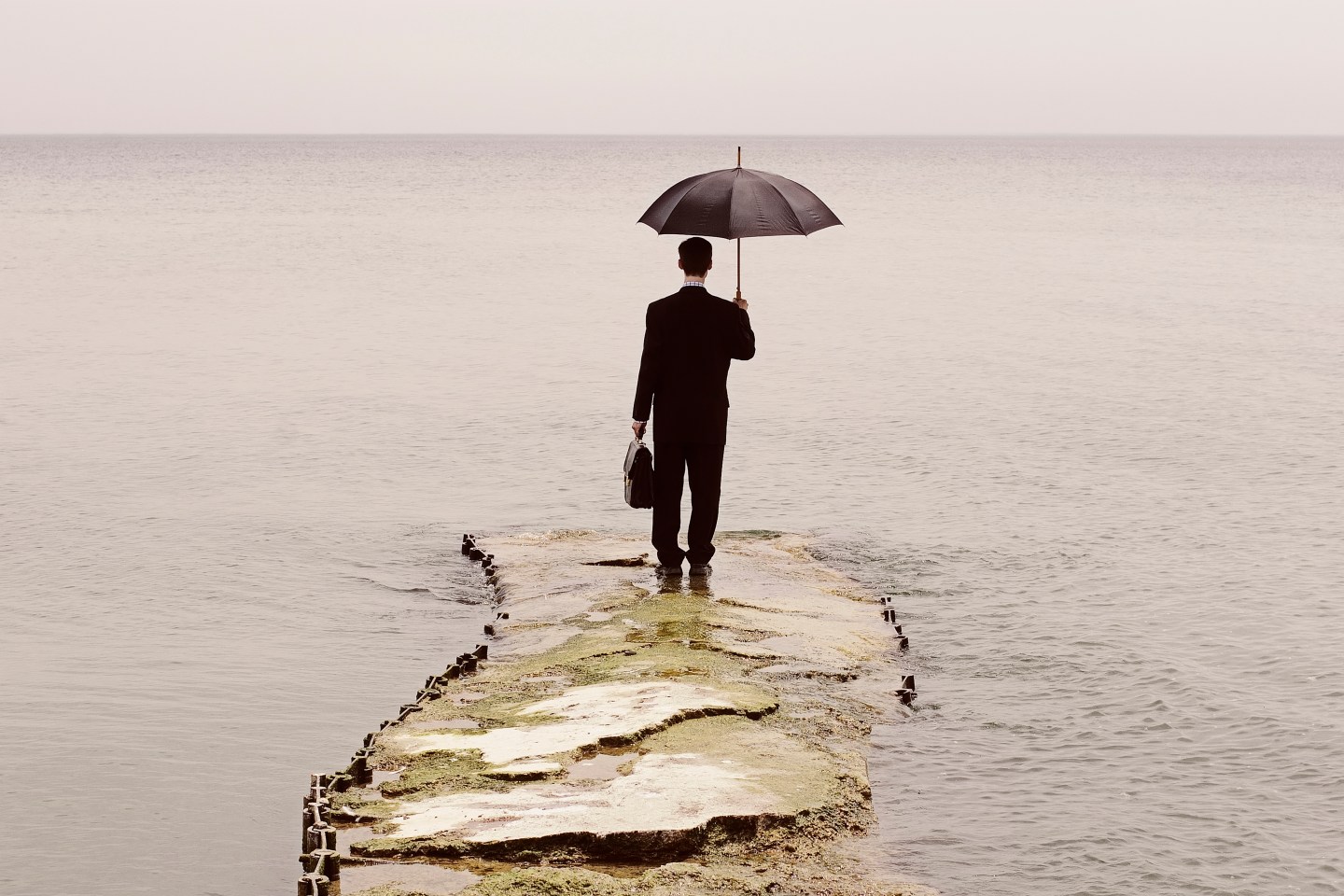 The MPW Insiders Network is an online community where the biggest names in business and beyond answer timely career and leadership questions. Today’s answer for: “What’s one thing every woman should know about climbing the corporate ladder?” is written by Stephanie Newby, CEO of Crimson Hexagon.

Women should remember that everyone is climbing the ladder. You might think that some people are riding an elevator while you’re pulling yourself up rung by rung, but everyone—both men and women—has times when the going is smooth and times when the going is tough. Once you understand this, you can evaluate the ladder itself: How far up does it go? Are you on the right one?

At most companies, there are many routes to the top, and most of them take some time to climb. If you’re still climbing a ladder you chose a few years ago, it’s a good idea to make sure that it still goes to the top. After all, corporate strategy changes more often than you think, with new businesses popping up and others closing down.

Once you’ve set your sights on the right path, consider whether you have the right leadership competencies. Are you an overachiever who meets performance targets, sees the big picture, acts in the company’s (or better still, the client’s) best interests, and thinks strategically? If so, you have your superpowers.

But you have to remember that you’re human, and you’re going to make mistakes. If you’ve been at the top of your class for most of your life, won all of the races, and gotten straight A’s throughout your academic career, then you might not be too familiar with failure. But you will make mistakes, and occasionally you will fail. The key question: Is that failure really fatal?

Answer: probably not. Like others on the ladder—guys and gals—you need to confront your mistakes and failures, deal with them, and move on. Staying power, especially after recovering from a failure, might be the very thing that precipitates and accelerates your next few moves. How you deal with a setback is much more important than the setback itself. And remember: Everyone has them.

Prior to joining J.P. Morgan, I was focused on getting a job—not on having a career. Perhaps I was brought up in a more old-fashioned world. In fact, in my early days at J.P. Morgan, when I first saw a list of recent promotions, I quickly tossed it in the bin, assuming that the senior vice president title would never be available for women. So, when my boss’s boss was promoted to SVP, it was an eye-opener for me and for a swath of other women at the company—we realized we could make it to the top after all. When my turn came several years later, I was promoted while on maternity leave, a testament to how quickly things can change.

And so I started to look at the corporate ladder. I was definitely never on a ladder that had “top of the company” written on it. My ladders were typically in the nether regions that were well-suited to an intrapreneur—someone who could be given a little project on the side to see what could be made of it. If it worked, great, but if it didn’t, the core business would continue on regardless. The futures and options business at J.P. Morgan (JPM), for example, was a bit of an orphan when I got hold of it. But my sense of achievement came from going out on a limb to introduce new and—at the time—unorthodox ways of working (focusing on vision and values, and being somewhat idealistic about putting people first) and creating a high-performance management team. Results followed: a division that added significantly to the bottom line and provided meaningful employment and careers for 400 or so people.

This is not to say I haven’t made mistakes. I often hired too quickly, in particular by taking people from other divisions—where I thought their background with the firm would be valuable—when they ended up not being the right fit. Firing people was brutal, but I developed a very thick skin. Today, I would like to think that I am more compassionate, and I admire those who are able to maintain good relationships with former colleagues.

Perhaps the best-kept secret about the corporate ladder is this: Don’t succumb to the pressure to compete with all of the others on the ladder. Start collaborating. Help them be successful, and you will be more successful in return. Plus, you’ll have more friends—and a lot more fun on your climb.