U.S. Police Chiefs Apologized for Their Role in Racism. What’s Next? 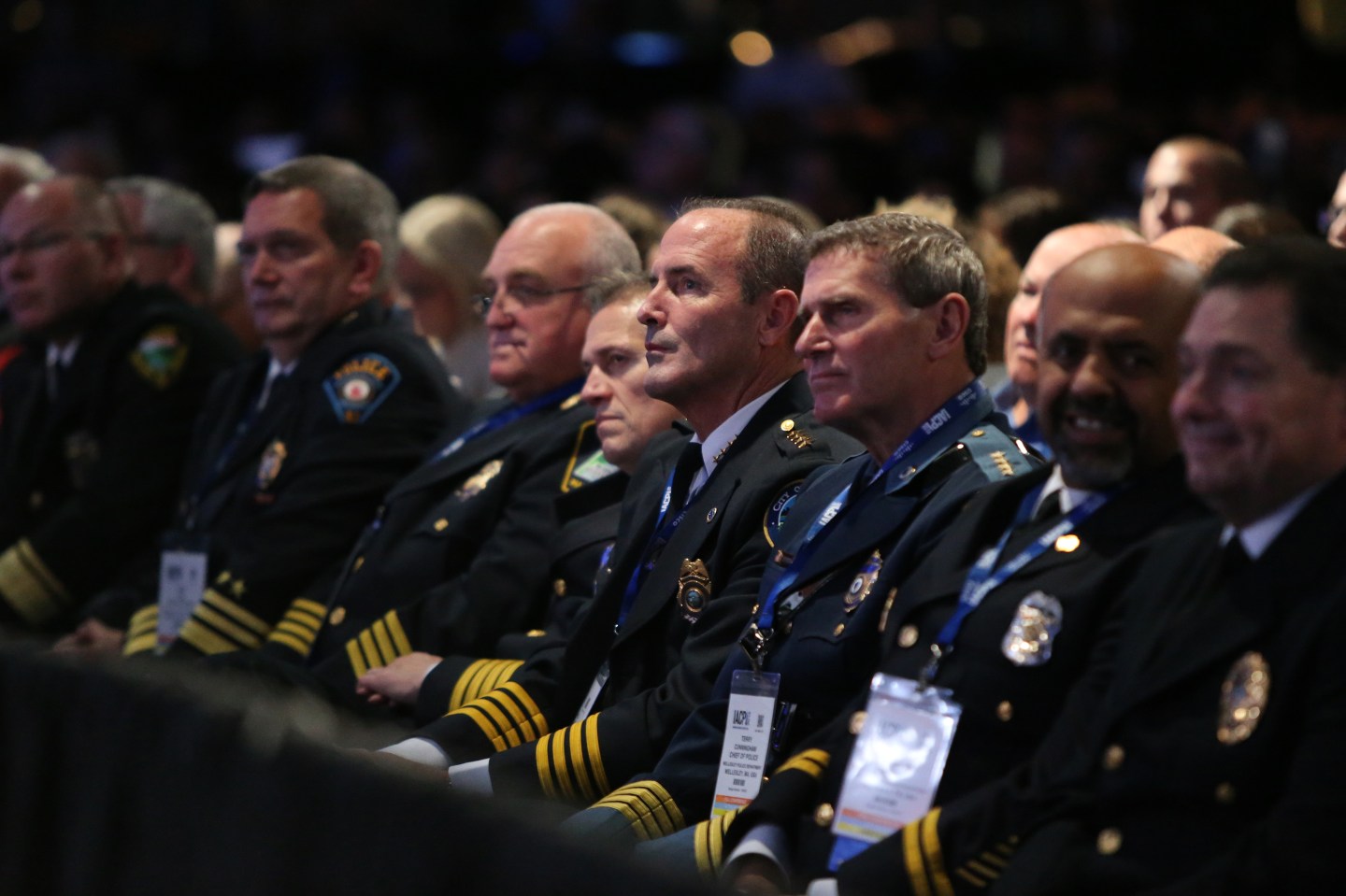 Yesterday, Terrence M. Cunningham, the chief of police in Wellesley, Mass, delivered remarks to a conference of the International Association of Chiefs of Police, formally apologizing “for the actions of the past and the role that our profession has played in society’s historical mistreatment of communities of color.” The IACP is the nation’s largest police association.

It was a bold leadership move. Though his speech has already drawn mixed reviews, it was a clear-throated and public expression of remorse and accountability.

Cunningham acknowledged the tremendous tension between law enforcement and communities of color, marked by the recent, high-profile deaths of both citizens and police, and years of public protests. While there is nobility in policing, he also noted that the “darker periods” in the country’s past, “have required police officers to perform many unpalatable tasks…While this is no longer the case, this dark side of our shared history has created a multigenerational — almost inherited — mistrust between many communities of color and their law enforcement agencies.”

One of those dark periods certainly involves racial terror lynching, the extra-judicial torture and murder of African-American citizens during the Jim Crow era. More than 64% of victims had been seized from jails. “I’m very encouraged by the apology offered by Chief Cunningham,” Bryan Stevenson, the founder of the Alabama-based Equal Justice Initiative, said in an email to Fortune. “After centuries of silence and decades of denial and defiance, an informed, sincere apology can be critically important in building trust and understanding with communities of color.”

Genuine remorse, he says, is essential.

Stevenson is looking to see more of it. The EJI has documented over 4,000 lynchings between 1877 and 1950 and is building a national lynching memorial and related museum. “When we erect markers at lynching sites, we hope law enforcement leaders will similarly express regret about how uniformed officers failed communities of color during the era of racial terror with the hope that a new era of trust can emerge,” says Stevenson.

Congressman Steve Cohen, a Democrat from Tennessee’s primarily African-American Ninth District, also knows some things about remorse. He led the way when the U.S. House of Representatives formally apologized in 2008 to African-Americans for slavery and the legalized racism of the Jim Crow era, one of only five formal apologies ever issued by the U.S. He’d been trying since 1997.

“I know that there are ramifications that I see in my district because of Jim Crow laws and slavery,” he told NPR in 2008. “I, as a young man, saw the segregated South. I just think it’s a stain on our society… and I felt it was something the United States ought to do…I think history is important. I think statements are important and I wanted to pursue it, and I’m proud that I did.”

But after praising Cunningham’s apology and the leadership of the IAC, Cohen told raceAhead that more action is needed. He cites several specific measures that he believes could make a difference, like having independent prosecutors investigate police instances of deadly force. “Expecting local prosecutors to prosecute the same police officers upon whom they rely to do their job presents a clear conflict of interest,” he says.

Cohen, a Ranking Member of the House Judiciary Subcommittee on the Constitution and Civil Justice, has been pressing for better data collection in policing, specifically for “in custody” deaths, for some time. “We must also collect accurate and comprehensive statistics on police action so we can fully understand the nature of this problem.”