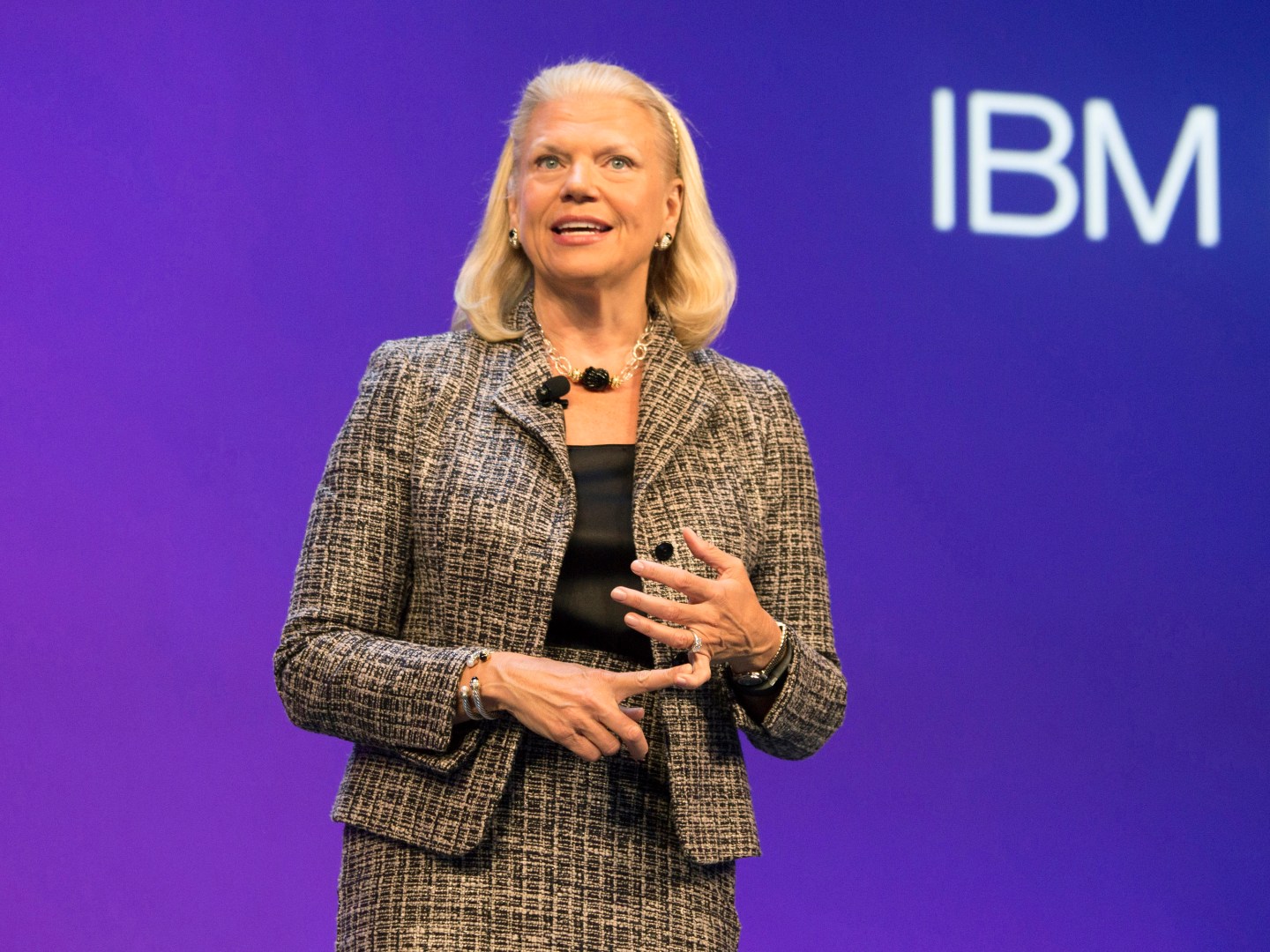 Under Chief Executive Ginni Rometty, the technology services company has shifted toward more profitable areas, such as cloud services, artificial intelligence, analytics, and security while trimming its traditional hardware and services businesses.

Revenue from those areas, which the company calls “strategic imperatives,” rose 16% to $8 billion in the third quarter. Cloud revenue jumped 44% compared with a 30% rise in the second quarter, it said.

However, shares of IBM (IBM), which reported its 18th straight quarter of declining revenue, were down 3.1% at $150.60 in after-market trading.

IBM has made a string of acquisitions focused on elements of its strategic imperatives business, including The Weather Company and Truven Health, spending $5.45 billion so far this year. In comparison, the company spent $821 million on acquisitions in the same period last year.

IBM’s operating gross margin fell 2.1 percentage points to 48% in the quarter, as a result of higher investments in the company’s cloud business and the shift to a subscription-based as-a-service model.

Schroeter added that IBM would continue its pace of investments due to demand for the company’s as-a-service offerings.

“Gross margins declined 210 basis points and that was due to – probably – product mix and a higher level of overall investment for some new higher-margin products,” said David Holt, an analyst at CFRA Research.

The Armonk, New York-based company maintained its full-year adjusted earnings forecast of at least $13.50 per share.

The company’s revenue marginally fell to $19.23 billion in the quarter ended Sept. 30 from $19.28 billion a year earlier, but beat the average analyst estimate of $19 billion, according to Thomson Reuters.

Up to Monday’s close, the Dow Jones industrials component’s shares had risen nearly 12.5% so far this year, outperforming the 3.8% gain in the broader index.