This Texas Unicorn Is Readying for a Rare Oil IPO 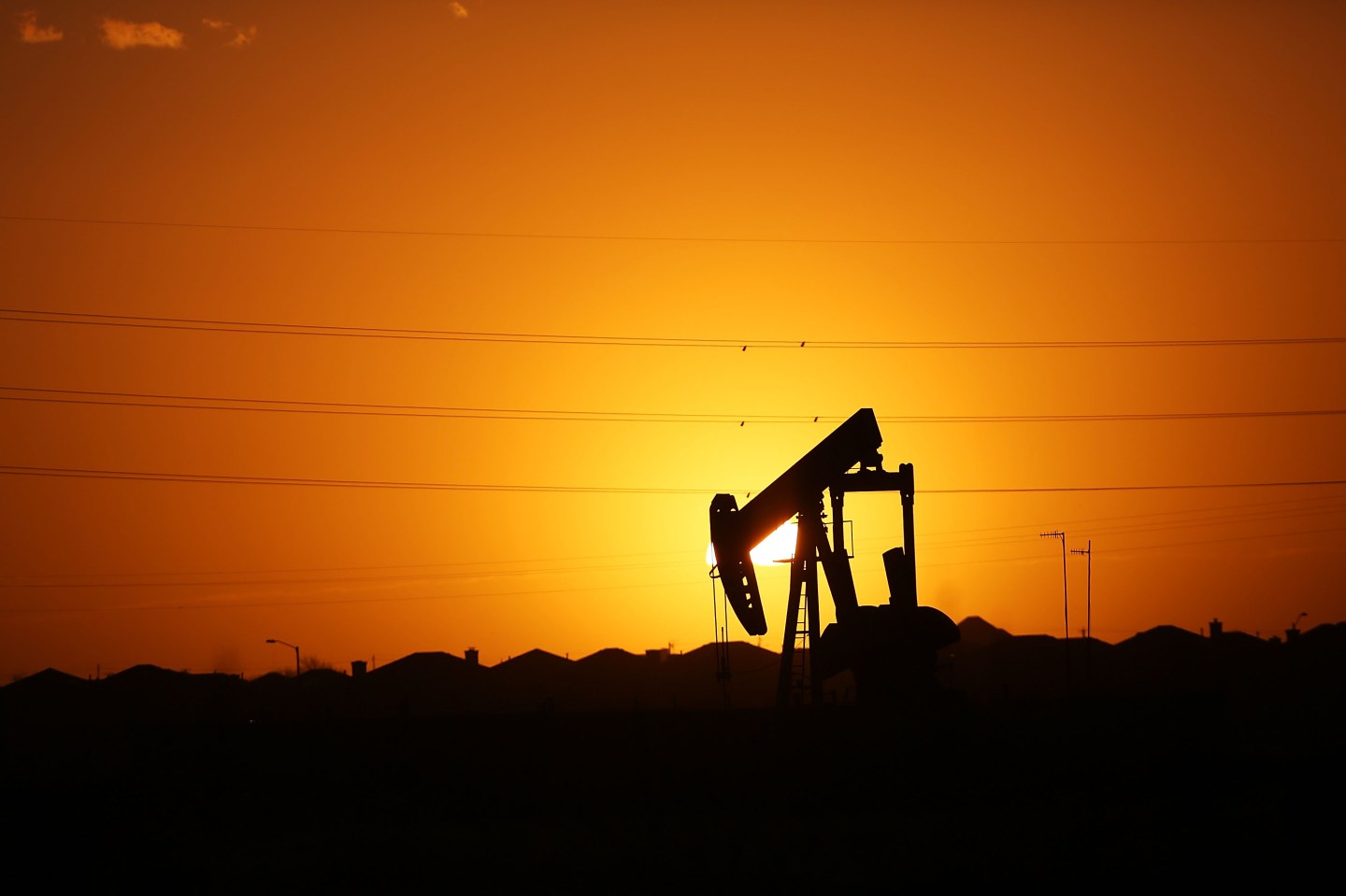 MIDLAND, TX - JANUARY 20: A pumpjack sits on the outskirts of town at dawn in the Permian Basin oil field on January 21, 2016 in the oil town of Midland, Texas. Despite recent drops in the price of oil, many residents of Andrews, and similar towns across the Permian, are trying to take the long view and stay optimistic. The Dow Jones industrial average plunged 540 points on Wednesday after crude oil plummeted another 7% and crashed below $27 a barrel. (Photo by Spencer Platt/Getty Images)
Spencer Platt/ Getty Images/ File

Founded by a retired NFL player and his high school buddy—with land deals signed on the hood of a pickup—the Fort Worth oil and gas company is now worth nearly $3 billion, according to a half dozen bankers who have examined its value.

That’s triple the $1 billion threshold for a so-called unicorn, the moniker most often used in Silicon Valley for high-value private companies. An IPO would be a crowning achievement for John Sellers and Cody Campbell, who cofounded predecessor companies starting in early 2009.

The valuation is based on prices paid for mineral rights in the Permian Basin, where the duo has leased more than 65,000 net acres of oil-rich land in the past two years. Demand has soared here because of new drilling techniques that can extract crude at a profit despite low oil prices.

The success of any Double Eagle IPO would depend on whether the oil price recovery holds, but that uncertainty doesn’t bother the Texans—so far, they have made a fortune off the price crash.

“Had it not been for the turndown,” Sellers said, “we would never have seen as many opportunities to put together so much acreage.”

Until now, most energy companies have been bought out before going public, but the successful IPO this month of Extraction Oil & Gas—the first stock market debut of a U.S. oil and gas explorer in more than two years—could pave the way for more.

The Double Eagle business model is not new. Dale Operating, a private company in Dallas, has leased and sold 17 portfolios of assets since 1982. It is a high-risk endeavor because leases can run out before drilling succeeds.

“It’s possible to be directionally right, but lose if it does not happen in time,” said Larry Dale, the president of Dale Operating.

Now, Double Eagle is ramping up the risk by becoming a drilling company, competing against established Permian Basin players such as RSP Permian Inc and Callon Petroleum Co .

Sellers and Campbell got into the oil business after the 2008 U.S. housing crash ended their separate careers as real estate developers. Sellers had gone into real estate after college, and Campbell had done so in 2006 after a pectoral muscle tear cut short his 17-month career as an offensive lineman with the Indianapolis Colts of the National Football League.

Nearly broke, Sellers and Campbell relied on bank loans and help from friends and family to get started.

Unlike larger competitors, who outsource the search for lease rights to local agents, the two men searched land registers themselves for mineral deeds, then followed up personally with the landowners, usually small farmers in Texas and Louisiana.

They often sealed deals for lease options on 200 or 500 acres at a time with handshakes outside the local grain elevator. The goal was to sell groups of leases to drillers such as Chesapeake Energy (CHK) or Devon Energy (DVN).

In the early days, they worked out of an old Texaco field office in rural Texas. Bugs crawled the walls. The two men, still in their twenties, shot cans out back for fun.

“Every deal was critical,” Sellers said in an interview at Double Eagle’s more upmarket current headquarters in Fort Worth. “If they didn’t sell, we were done.”

During a particularly cash-strapped moment, they bought one landowner a round-trip, first-class ticket to London—spending $9,800 on a credit card with a $10,000 limit—as a form of payment to extend their lease option on his land. The lease on that land was eventually sold, to Endeavor Energy Resources LP, one day in January 2009—an hour before the option expired—in a hotel lobby in Tyler, Texas.

The landowner wept when he got a check for $5.5 million for his mineral rights. Sellers and Campbell made enough to pay off their debts and went on to secure more than ten thousand leases covering more than a million acres, selling them off in bundles.

By 2012, with the price of oil at about $100 per barrel, Double Eagle’s success caught the ear of Wall Street. Greg Beard, Head of Natural Resources at private equity firm Apollo Global Management LLC, recalled thinking after he first met them in Ft. Worth: “We have to work with these guys.”

Apollo invested, and less than two years later, in November 2014, Sellers and Campbell sold one of their many business entities, Double Eagle Energy Oklahoma LLC, for $251 million to Aubrey McClendon’s American Energy Partners L.P. Apollo reaped a four-fold return from its early investment on acreage in the Oklahoma formation known as the SCOOP, which is now crowded with drillers.

The sale couldn’t have come at a better time. The price of oil had already peaked and was heading toward a 12-year low of about $28 per barrel.

The move comes after some spectacular failures in traditional leveraged buyouts of energy companies. KKR & Co LP’s $7.2 billion acquisition of Samson Resources, for instance, ended in bankruptcy last year when shale drilling became more expensive than the debt-laden company could handle. Apollo’s EP Energy, also purchased in a leveraged buyout, has lost four-fifths of its stock value in the oil market rout since the exploration and production company went public in January 2014 at a valuation of more than $5 billion.

Sellers and Campbell sensed opportunity as the price headed south. They focused on the Midland Basin, a rocky area of the Permian basin where technological advances had made it profitable to drill even with prices at $35 a barrel.

They deployed the same model—searching land registers and dealing with landowners directly—but this time with a staff of more than 50. Deals still get done on the hoods of trucks.

Apollo has again teamed up with them and, together with Campbell and Sellers, have invested more than $500 million.

Starting next month, Double Eagle will drill on their leased land instead of flipping the mineral rights. It has hired a well-completion expert to prepare for drilling, and in August brought on a chief financial officer with public company experience to prep for an IPO. In October, the company merged with Veritas Energy—increasing its leased acreage by about a third—and created Double Eagle Energy Permian LLC.

The timing again looks fortuitous, with oil prices up more than 10% this month on prospects that the Organization of the Petroleum Exporting Countries (OPEC) and other major producers will agree a sizeable output cut or freeze.

Sellers and Campbell are counting on their West Texas location to help them hedge against the additional risks of drilling.

“Even if the rest of the industry crumbles, that basin is going to stand on its own,” Campbell said. “It has the best economics of any North American basin.”