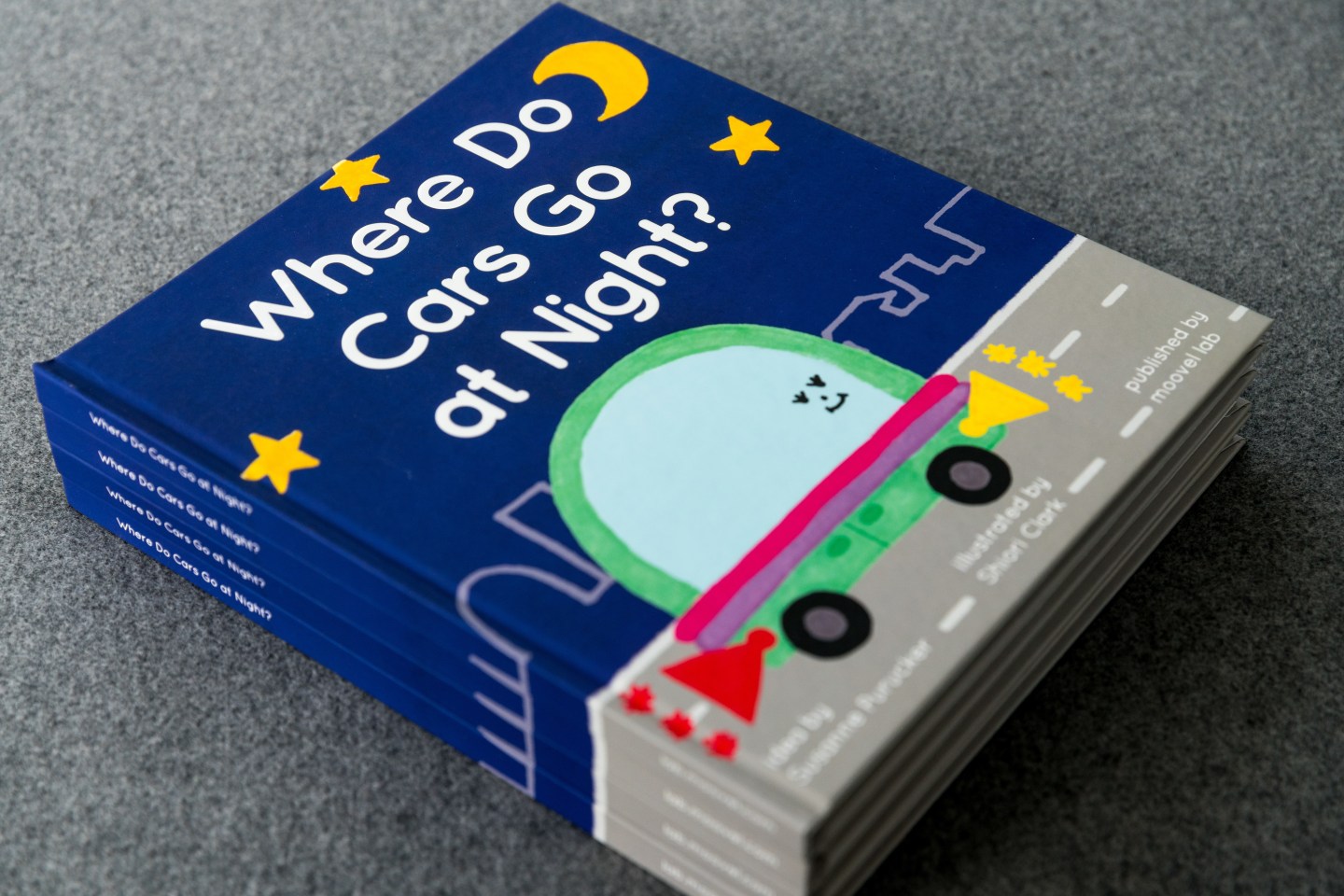 Fleets of self-driving cars used to be as about as plausible as unicorns jumping over rainbows. But with major automakers and technology companies racing to develop, test, and deploy self-driving cars to the masses, the era of autonomous vehicles suddenly seems believable.

It’s possible that today’s 5-year-old will be able to order a self-driving car using an app, assuming that technology continues to progress and the complex web of regulations gets sorted out. And so it’s no surprise that there’s now a children’s book (developed by an automaker) aimed at introducing the concept of self-driving cars and showing kids how they would benefit society.

The children’s book called Where Do Cars Go at Night? is the latest project to come out of the Moovel Lab, the research arm of Moovel Group, a subsidiary of Daimler that focuses on serving a growing group of people who would rather use mass transit and on-demand car-sharing and ride-hailing services like Lyft or Uber than own a car.

The book tells the story of Carla-15, a self-driving car that transports people during the day and then spends the evening completing all sorts of other tasks like cleaning streets, delivering goods, and even tending to public landscapes. It also shows a future where parking garages are converted to more useful buildings that house shops and even rooftop parks.

The idea is to illustrate what people can expect from the technology and simplify the topic enough for kids to understand and be able to discuss, the book’s developers say.

As one might expect, the book paints a rosy picture of the future. You won’t find any Stephen King ala Christine plot lines here. And it’s in line with how automakers, tech companies, and governments view self-driving cars—essentially tools that will reduce traffic fatalities and ease traffic congestion.

The entertaining part is watching children talk about self-driving cars and other related concepts like car-to-car communication. Not everybody, as you”ll see, believes it. The adults, of course, are more bullish. Sven Beiker, the former executive director of CARS at Stanford University and a mobility consultant at McKinsey & Co, says self-driving cars will be providing services in urban areas before 2020.

Daimler might be best known as the company behind Mercedes-Benz vehicles. But its Moovel Group subsidiary has gained some visibility for its car-sharing company car2go and a recent spate of acquisitions, including route planner RideScout, taxi booking app Mytaxi, and mobile ticketing app GlobeSherpa.

Earlier this year, RideScout merged with GlobeSherpa to form Moovel North America LLC. The new company is developing technology such as apps that connecting people to public and alternative transportation options in North American cities through two products: Moovel transit and RideTap.