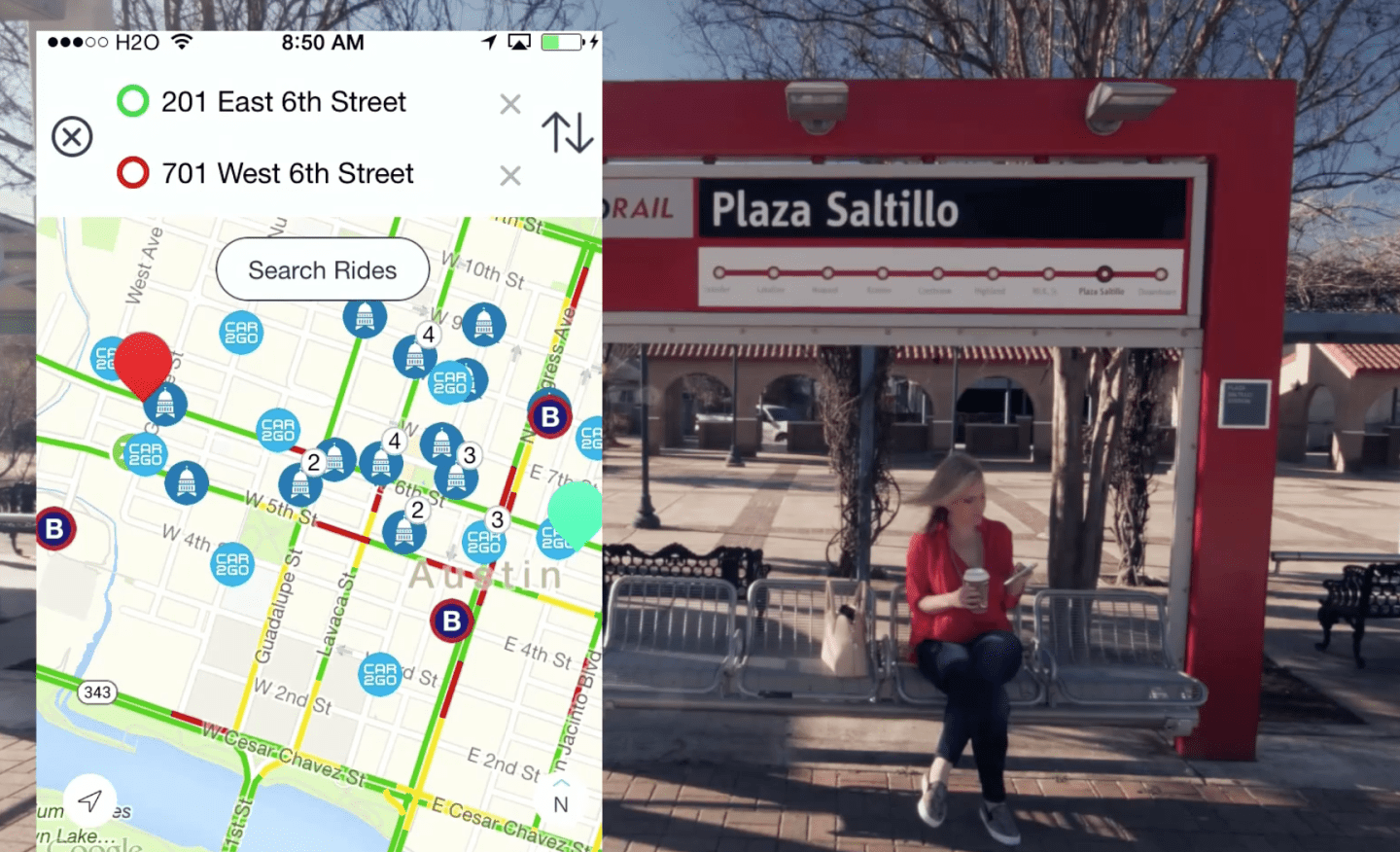 Daimler might be best known as the company behind Mercedes-Benz vehicles. But it’s been diligently scaling up another business focused on serving a growing group of people who would rather use mass transit and on-demand car-sharing and ride-hailing services like Lyft than own a car.

The company has created a car-sharing company called car2go and formed a mobility services subsidiary called Moovel Group that has been busy snapping up transportation-related app startups, including route planner RideScout, taxi booking app Mytaxi, and mobile ticketing app GlobeSherpa. Now it’s trying to integrate its collection into a more streamlined service where users can get real-time data on public transit schedules, buy their ticket, and order a ride through Lyft all through a smartphone app.

The newly formed company, which will have offices in Austin and Portland, will focus on connecting people to public and alternative transportation options in North American cities through two products: Moovel transit and RideTap.

“If you use a phone to get around the city where you live, there’s really two key things you’re looking for: access to information for getting from point A to point B and the ability to pay for your trip,” Parker told Fortune. “We’re taking these solutions out of their silos and creating a new platform for urban transportation.”

The Moovel transit platform, which is based off the platform GlobeSherpa developed, lets users find and securely pay for transit tickets from participating public transit authorities. The platform also taps into the rest of the transportation system in a city—services like bike sharing and on-demand car services—that people often use to travel to a train or bus or that last mile back home. Moovel Transit currently works with 16 transit agencies in 11 North American cities and processes more than $5 million in ticket sales per month.

RideTap is a software development kit that developers can put on their own app to access a network of live transportation options. For instance, a hotel reservation app can install RideTap to let users find nearby ride options, including car2go and Lyft. RideTap can be added to any other third-party app with a few lines of code.

For more on connected cars, watch:

RideTap is operating in private beta. It will begin piloting its first program later this year in Portland through the TriMet Tickets mobile app, where riders can request a Lyft or reserve a car2go. Eventually, Parker wants all transportation services, including companies that normally compete with each other, to sign onto RideTap.

“The goal here is to provide a platform as a service that doesn’t provide preferential treatment, but provides intelligent recommendation for you as a commuter,” Parker said. “RideTap is an open network with no exclusivity and we’re encouraging the network effect that is derived from meeting scale of lots of providers. So we can have BCycle and we can have Motivate for bike share, we could have Zipcar and car2go for car-share.”