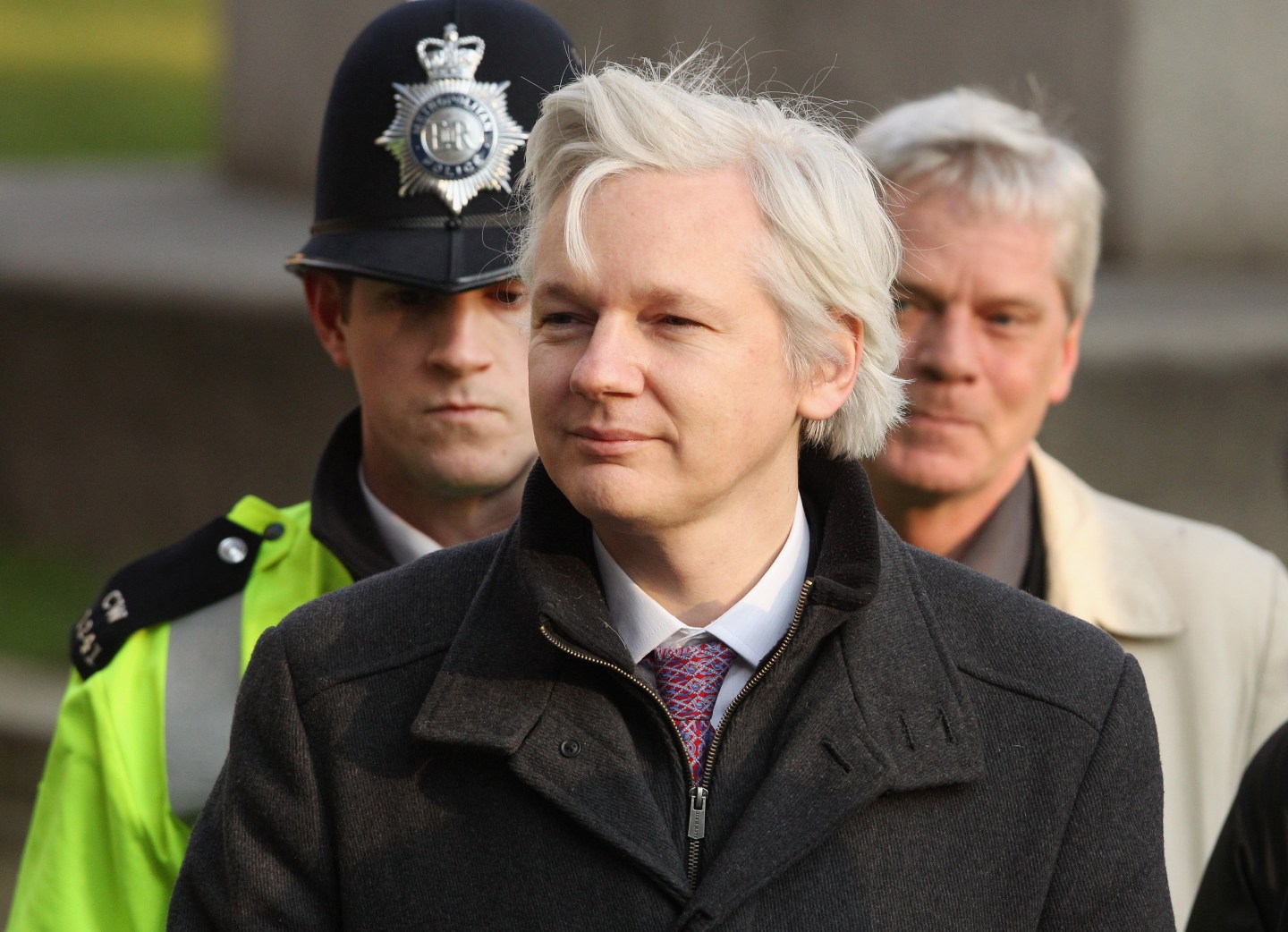 WikiLeaks founder Julian Assange has been cut off from the digital world.

“We have activated the appropriate contingency plans,” the group said in the tweet without detailing what those plans might be.

Assange is currently living in the Ecuadorian embassy in London where he’s managing WikiLeaks. It’s unknown if the embassy itself was attacked or if only Assange was the victim of the alleged “severing.” The embassy did not immediately respond to a request for comment.

Assange and WikiLeaks first came into focus during the Iraq war as the site leaked videos and other information about the conflict. Since then, WikiLeaks has been home to several other government-related leaks and exposés.

On October 4, Assange held a press conference online, saying that his organization would release a slew of new documents to commemorate its 10th anniversary. So far, most of those leaks have included documents on Democratic presidential nominee Hillary Clinton, her and her team’s correspondence, and transcripts of speeches she gave for big banks and donors. The leaks have been seemingly meant to be damaging to Clinton’s campaign. But in light of the recent rash of accusations of sexual assault brought against Republican presidential candidate Donald Trump by several women, they’ve done little to derail Clinton’s bid for the White House.

Assange hasn’t said how he obtained the documents nor from whom, but it’s widely believed that people associated with the Russian government were involved in illegally accessing the data. The U.S. has already charged Russia with trying to influence the election, and recent reports say a cyber-offensive might soon be launched by the U.S. against Vladimir Putin’s government.

Julian Assange's internet link has been intentionally severed by a state party. We have activated the appropriate contingency plans.

Russia-based actors are also believed to have been behind a hack on the Democratic National Committee.

It’s unclear who might have targeted Assange and at least so far, WikiLeaks isn’t saying—even if it believes a government-sponsored actor took aim at its leader. It’s also unclear if the attack was politically motivated.

For more about WikiLeaks and Assange, watch:

Also missing from WikiLeaks is an explanation on just how Assange’s “Internet link” has been eliminated and if he has a backup connection, like one through a cellular network.

The organization’s last tweet was a solicitation for donations.