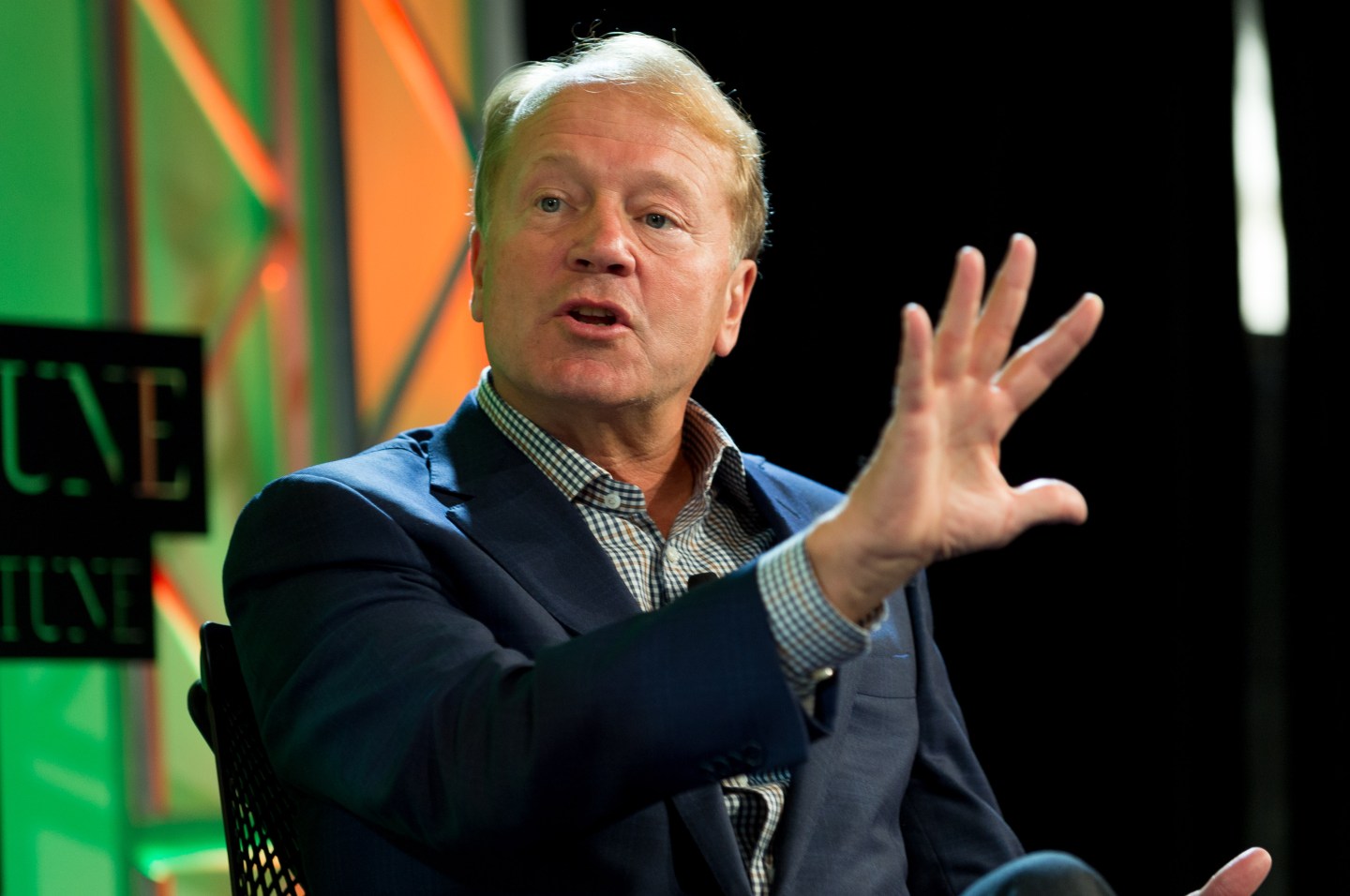 John Chambers spent 20 years as CEO of Cisco Systems, a period when the company was at the vanguard of the digital revolution that has transformed the world.

But it wasn’t all sunshine and roses for Chambers. When the dot-com bubble burst in 1999, “our stock went from very high—one of the most valuable companies in the world—to very low,” he recalls. “Our [price-to-earnings ratio] went from 225 to 5—anyone who understands math [knows] you got hammered on that.”

In the latest episode of Fortune Unfiltered, Chambers explains why he’s so proud of how the company navigated those challenges, as well as the 2008 financial crisis. He recalls the advice he got from GE’s Jack Welch about handling a “life-threatening experience.”

Chambers, now Cisco’s executive chairman, has long been an evangelist for what digital technologies can do for humanity. More recently, he’s been advocating for America to “set aggressive goals” and embrace the digital age, as detailed here: Cisco’s John Chambers Explains How Leaders Can Cross the Digital Divide.

“I find it ironic we’re the only major country in denial” about how technology is changing everything, he says.

“America is at risk of being left behind” if we don’t position ourselves for the digital age with digital infrastructure spending and education reform, Chambers adds.

He also talks about his personal battle with dyslexia and how he turned the condition into a strength. But he admits “my hands still sweat” thinking about being called on in class to read out loud.

Note: The accompanying interview was taped on September 15. At that time, Chambers said he was “waiting for the debates” before determining whether or not to support either presidential candidate. Chambers, who served as national campaign co-chair for John McCain’s 2008 presidential bid and endorsed Mitt Romney in 2012, could not be reached for additional comment.