What Keeps Fortune 500 CFOs Up At Night? 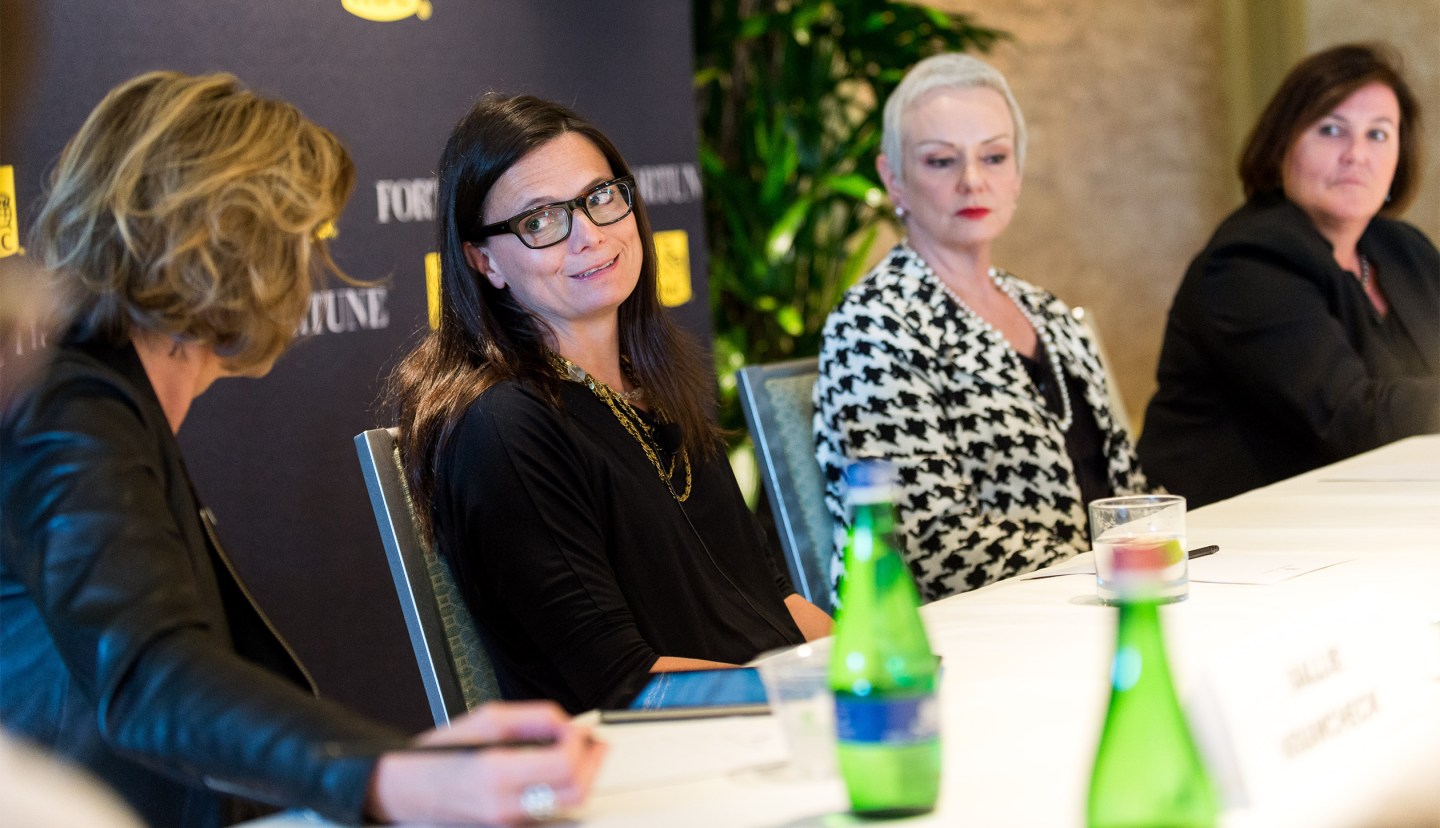 What do chief financial officers care about? Maximizing shareholder value, among other things that are all much easier said than done.

Three of the corporate world’s most powerful chief financial officers gathered Monday at the Fortune Most Powerful Women Summit in Laguna Niguel, Calif. to talk about some of the pressures that today’s public companies face, from activist investors to public relations nightmares to providing guidance to Wall Street.

“When I first came into the job I said, ‘okay, we’re going to finally do away with quarterly guidance,'” said Cisco CFO Kelly Kramer (to which the audience in the room roared with laughter). “But what happens if you can’t control Wall Street is that they create their own alternate universe. The benefit of doing it [providing guidance] is that you can control your own math.”

“You may think that you should see more love coming from the Street,” said Christine McCarthy, CFO of the Walt Disney Co. “We live in a very critical world. You’re never going to keep everyone happy.”

Amy Hood, the CFO of Microsoft, agreed. “Every time you feel like you’re leaning as far forward as you can into wherever you think the world is going, you’re still not leaning far enough.”

Using capital for acquisitions presents another challenge—and opportunity—for the panelists.

At Cisco, Kramer spends time with prospective acquisitions’ teams to get to know the culture of an organization before buying them. “We want to make sure the talent wants to be with Cisco and take care of how it integrates in,” said Kramer. As for the acquisitions that don’t do well? “For the past five years, the ones that have not been successful are ones where we typically misunderstood or misread a market,” said Kramer.

McCarthy, Disney’s CFO, agreed that the culture of the acquired company plays a big role. “For Pixar, I would go up to Emeryville [the studio’s headquarters] and say, ‘they’ve got a secret sauce,'” she said. “It was important that Pixar retained it.”

Despite all of the challenges facing the CFOs, they agreed that the climate has improved in the last few years. Says McCarthy: “There were days in the fall of 2008 when you woke up in the morning and didn’t know if the world was going to end.”