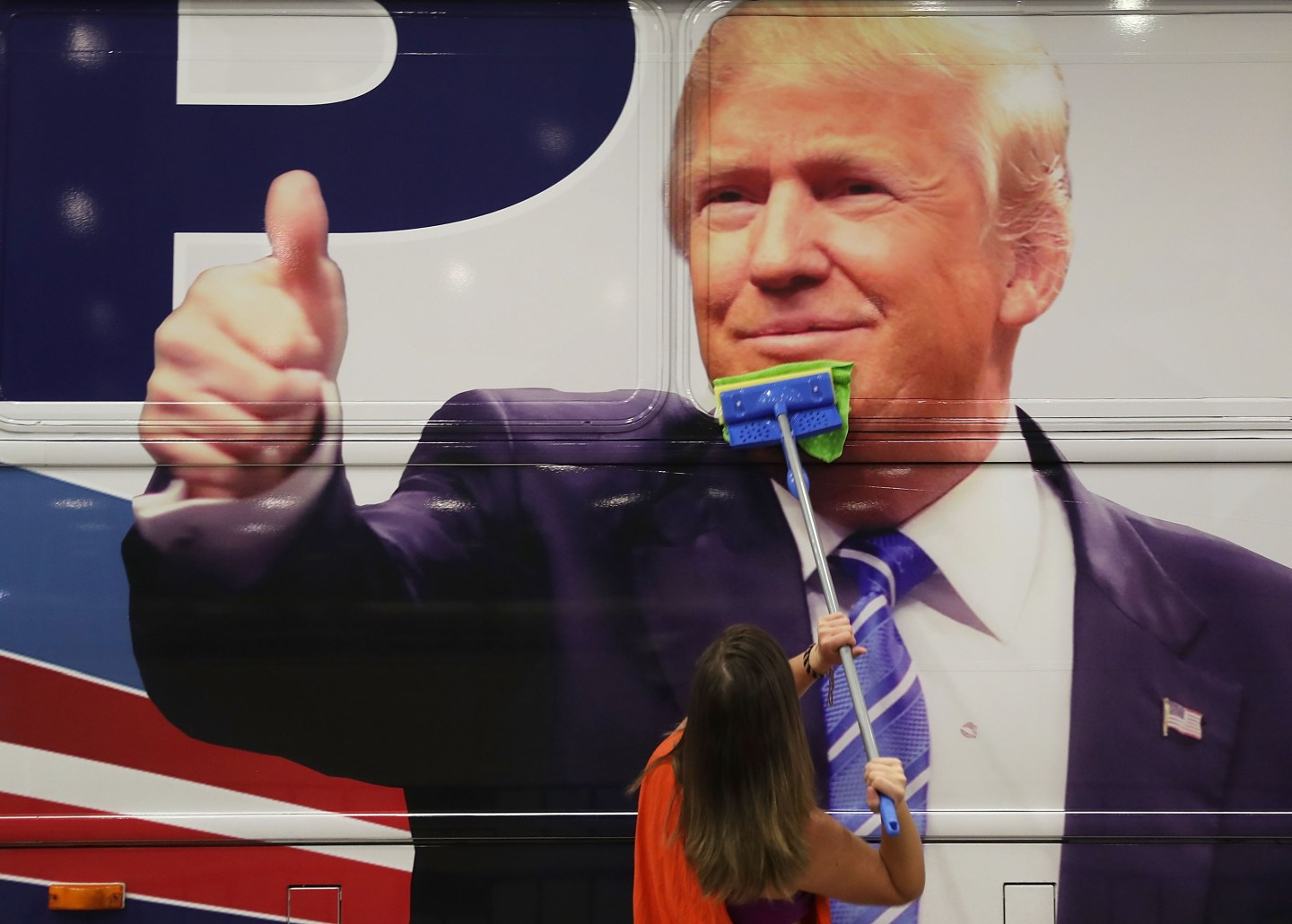 A month ago, I highlighted in Fortune the reality that in the last eight U.S. Presidential elections, the candidate who led on October 1st went on to win the election. While polls can certainly be volatile, the main reason little volatility exists from this date onwards is because by this time in the election, there are very few undecided voters. In other words, there is limited opportunity for the trailing candidate to gain ground.

However, in the 1980 election President Jimmy Carter was ahead of Republican candidate Ronald Reagan by 4 – 5 points on October 1st. Interestingly, the Gallup poll actually had Carter widening his lead into October and by October 26th Carter was nine points ahead. Unfortunately for the Gallup organization, and other pollsters, Reagan won by a landslide.

As of October 1st of this election cycle, Democratic nominee Hillary Clinton was up by 2.6 points over Republican nominee Donald Trump. Since then, Clinton has widened her lead by 5.5 points, according to RealClearPolitics. Based on the history of U.S. Presidential elections going back to 1980, Clinton’s lead looks formidable. In fact, according to FiveThirtyEight, the probability of Trump winning is now down to just 12.7%.

Despite the low probability of a Trump win as of today, there are a few scenarios in which the GOP nominee may have better odds at winning the election than consensus currently believes:

The polls are just wrong.

In every election in which the polls show a candidate behind, the candidate’s surrogates usually claim that the polls are wrong. In this election, the naysayers are suggesting polls are wrong because of over sampling of a specific demographic and/or a mismeasurement of the motivation to vote. Unfortunately for Trump supporters, while it is not inconceivable the polls are inaccurate, with a 5.5 point lead for Clinton, they will have to be really wrong for Trump to win. Given the preponderance of data, the polls being wrong is unlikely.

It seems the Wikileaks strategy is to drip hacked emails out from now until election. As of now, the focus is on Clinton campaign Chairman John Podesta. It is not yet clear whether there are any “smoking guns” within the emails or whether voters really care, but the one positive for Trump will certainly be to keep himself out of the headlines. A continued drip of Wikileaks emails from now until Election Day will narrow the polls, but likely not enough to give Trump a victory.

Practically speaking, October surprises don’t happen, even though they are talked about every October. If it’s not Wikileaks, then the conspiracy theorists would have you believe that it will likely be revelation about Hillary Clinton’s health or her husband that will provide a surprise in the next few weeks and a boost for Trump in the polls. In reality, the Clintons, whether you love them or hate them, have been in the public eye for more than three decades and it’s unlikely there is any sort of October surprise in store.

So while there is some chance that Trump still wins the election, the odds of this are increasingly unlikely as Clinton widens her lead and the undecided portion of the electorate narrows.

Then again, on the day before the referendum for the United Kingdom to leave the European Union, the polls had the “Stay” camp at 48% versus 46% for the “Leave.” And as the chart above reveals, the numbers were significantly larger just over a week before the Brexit vote.

We all know how that played out.

Daryl Jones is director of research at Hedgeye Risk Management.