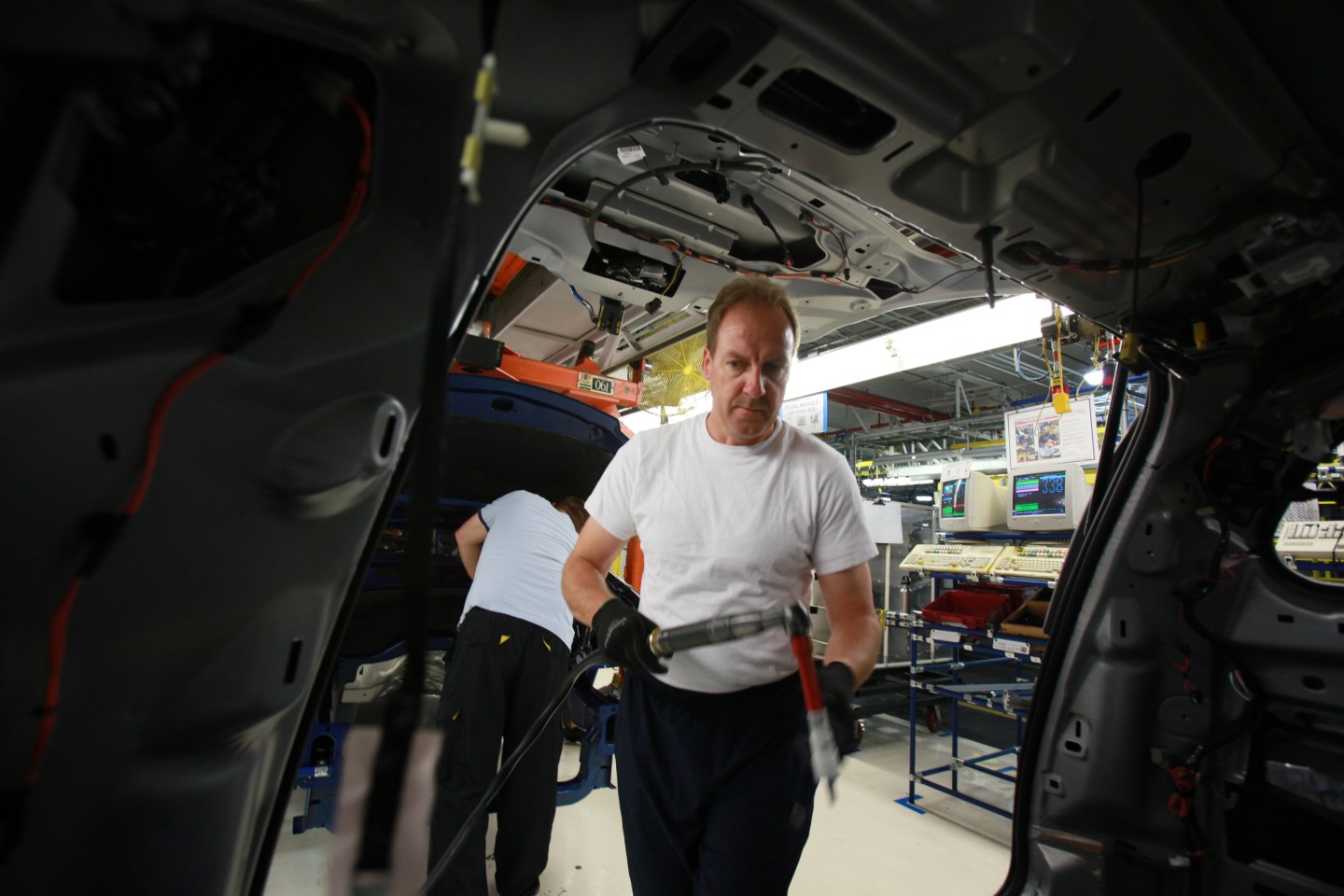 Canadian manufacturing workers at Fiat Chrysler Automobiles (FCAU) voted on Sunday to approve a tentative labor agreement with the automaker, their union said, averting a strike and clearing the way for talks with Ford Motor (F).

The Unifor union said 70.1% voted to ratify the four-year deal, which covers 9,750 manufacturing workers. A rejection would have triggered a strike at Fiat Chrysler, shutting down assembly plants in Windsor and Brampton, Ontario.

In a brochure distributed to members, the union said Fiat Chrysler had committed to building a new vehicle at the Brampton assembly plant if the automaker secures adequate government assistance and market conditions warrant the investment.

“In the event a positive business case is confirmed, it is possible an alternative product, which could include an existing platform or entirely new vehicle architecture, could occur during the term of this Collective Agreement,” the union said.

With contracts ratified at both General Motors Co and Fiat Chrysler, Unifor will turn its attention to negotiating a tentative contract with Ford, where the union faces dissent from its own members.

Unifor uses a pattern bargaining strategy to negotiate with the automakers, selecting one company to negotiate with first and then holding the other two to the broad terms of that deal. Some Ford workers have already criticized the template, and it is not clear how union leaders can address their concerns without deviating from the pattern.

The GM and Fiat Chrysler contracts maintained a 10-year earn-in period during which new workers are paid less than more experienced employees, which is unpopular with some Ford workers.

The president of Local 707, which represents workers at Ford’s Oakville, Ontario, assembly plant, said in early October his members would likely reject any deal with a 10-year earn-in. About 2,200 of Oakville’s 5,000 unionized workers were hired under the earn-in.

In talks with Ford, the union has said it will push for investment in engine plants in the Windsor area that employ about 1,700 workers. But if it secures investment in Windsor without winning over Oakville’s new hires, those workers have the numbers to reject a deal on their own, triggering a strike.