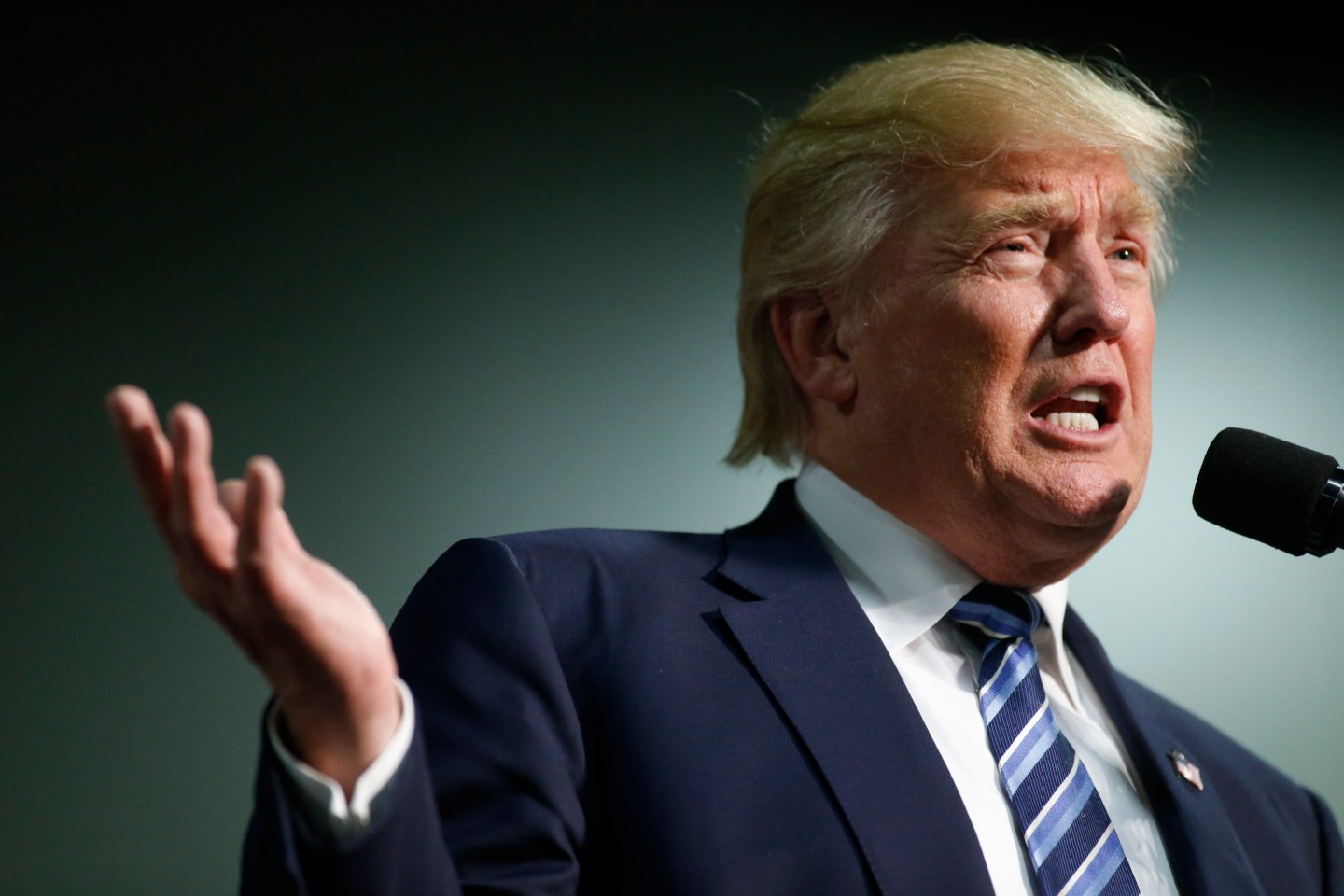 Republican presidential nominee Donald Trump on Saturday doubled down on claims about a “rigged election,” firing off a few early-morning tweets in which he accused the press and the Hillary Clinton campaign of trying to “poison the minds of the American Voter.”

The tweets advanced conspiracy claims Trump made this week, responding to accusations from multiple women who say he kissed and touched them inappropriately without consent. “It’s a lie, total lie, it’s fabrication,” Trump said during a speech on Friday. At a subsequent rally, Trump said he was the “victim of one of the great political smear campaigns in the history of our country.”

“100% fabricated and made-up charges, pushed strongly by the media and the Clinton Campaign, may poison the minds of the American Voter. FIX!” Trump tweeted early on Saturday.

“This election is being rigged by the media pushing false and unsubstantiated charges, and outright lies, in order to elect Crooked Hillary!” he added about an hour later.

“Campaigns should be hard-fought and elections hard-won, but what is fundamental about the American electoral system is that it is free, fair and open to the people,” Mook said in a statement on Saturday. “Participation in the system—and particularly voting—should be encouraged, not dismissed or undermined because a candidate is afraid he’s going to lose. This election will have record turnout, because voters see through Donald Trump’s shameful attempts to undermine an election weeks before it happens.”

At rallies on Friday, Trump attacked the credibility and appearance of his accusers and railed against the press, blaming the sexual harassment accusations on a media conspiracy to bring down his campaign.

“Hillary Clinton should have been prosecuted and should be in jail. Instead she is running for president in what looks like a rigged election,” Trump tweeted on Saturday.

Trump has said Clinton should be prosecuted for her use of a private email server as Secretary of State, after FBI Director James Comey recommended that no criminal charges be brought against her. Trump threatened to jail Clinton during the most recent presidential debate, sparking criticism from members of both parties who painted the threat as dangerously antidemocratic.