Airfares Will Be Up Next Year, if Airlines Have Their Way 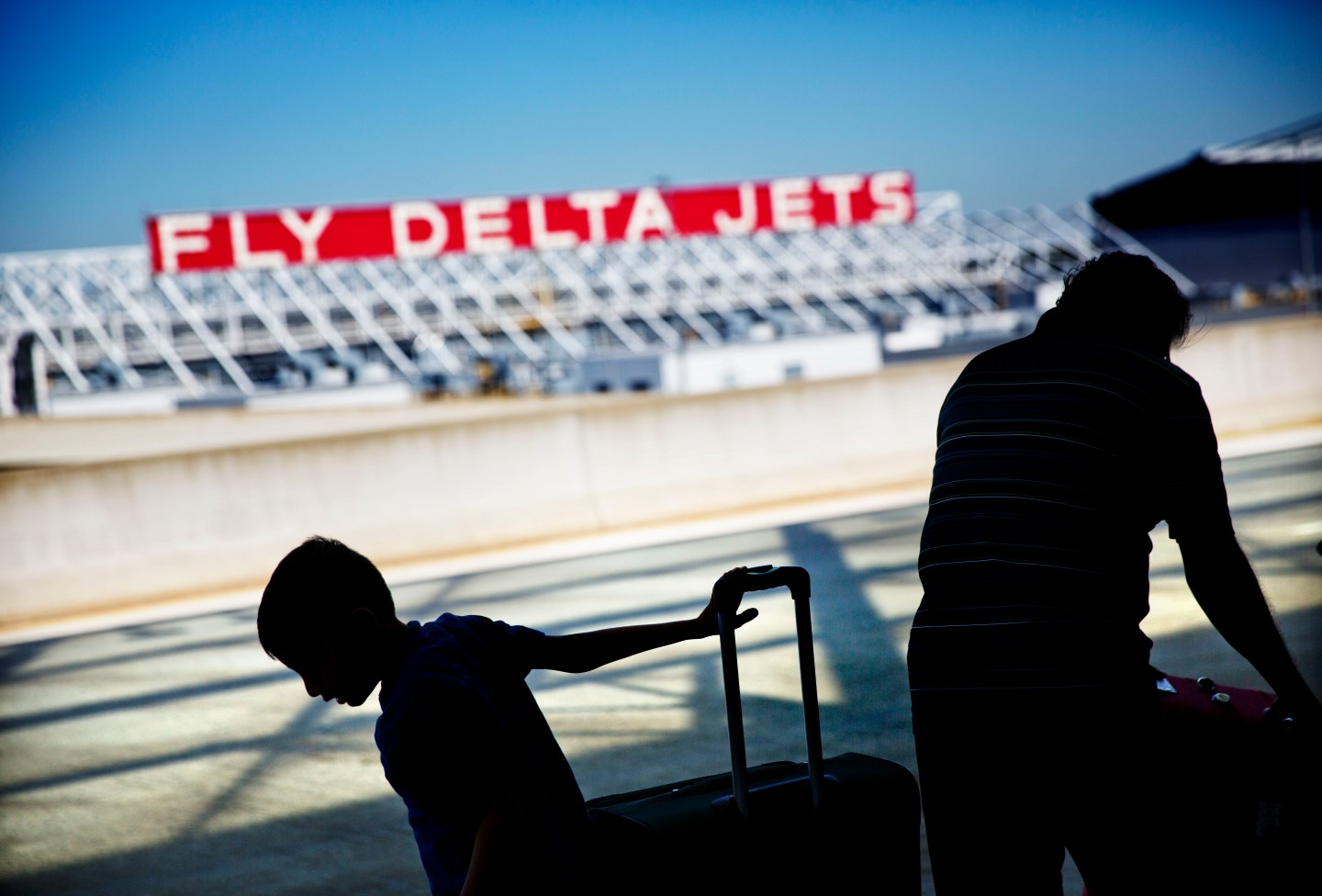 Passengers unload in front of a Delta Air Lines sign at Hartsfield-Jackson Atlanta International Airport, in Atlanta, Thursday, Oct. 13, 2016. Lower airfares and rising salaries are putting a squeeze on Delta Air Lines. Luckily for the airline, the price of jet fuel remains cheap and the Atlanta-based carrier was able to report a third-quarter profit of $1.26 billion, down 4 percent from the same period a year earlier. (AP Photo/David Goldman)
David Goldman — AP

Bloomberg reports that Delta Air Lines plans to add fewer seats over the next year, extending a move initially announced for the fourth quarter. Analysts say other airlines likely to follow that lead, which would reverse years of sagging revenues in the industry—and make your airline tickets more expensive next year.

In its October 13th earnings statement, Delta showed quarterly revenue down $278 million year over year, and its stock has dropped more than 23% since its January high—though profits are still robust.

Though about $100 million of the revenue decline was due to Delta’s gargantuan August technology fail, that was just the withered, bitter cherry on top of a deeper trend punishing airlines. As the now-Big Three airlines have competed for new routes, they put too many seats in the air. As recently as this February, capacity at a variety of airlines was growing as much as 5% faster than demand.

(Thought the root causes are slightly different, it’s interesting to note that the airline industry’s challenges broadly mirror those in another transportation sector—ocean shipping. )

At the same time, major carriers have offered lower fares to meet the threat of discount airlines. That includes Delta, with its “Basic Economy” ticket option. Overall, fares fell 3.8% between 2014 and 2015.

For more on airlines, watch our video.

But there are solid signs the party may be over for frequent flyers—along with Delta, Southwest announced in September that it planned to add fewer seats. If they can goose ticket prices, those moves come at the right time, since airlines’ fuel prices are now climbing again, and many are facing labor negotiations.

However, there are mixed signals. Even as it was touting its discipline on capacity, Delta said it was exploring cheaper offerings for flights to Europe, including Basic Economy ticketing. That move is an attempt to compete with low-cost carriers like Norwegian Air.