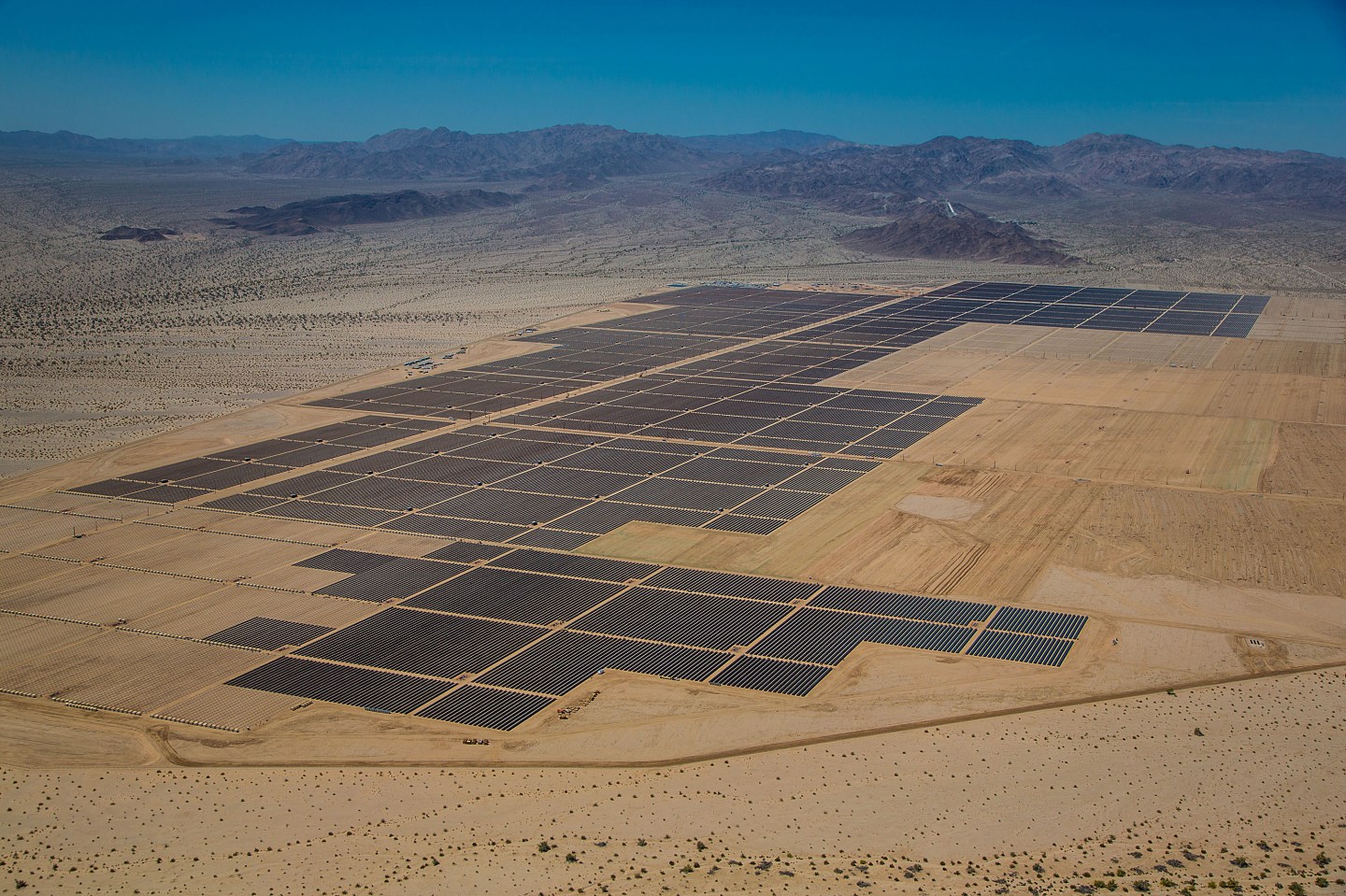 A company that installs solar panels in India has taken the IPO plunge on the New York Stock Exchange, braving one of the slowest markets for new issues since the financial crisis.

Azure Power, based in New Delhi, priced its shares at $18, below its previous estimated range of $21 to $23. Then after trading started on Wednesday, the company’s shares—which trade under the symbol “AZRE” —tumbled over 17% to below $15 with a couple hours left in the day’s session.

The weak reception likely reflects both the difficult IPO market, but also investors’ reception to solar stocks in general. While solar stocks have recently been on an upswing, solar companies have generally seen their shares fall steadily over the past few years.

Shares in Elon Musk’s solar installer SolarCity (SCTY) were at $19.90 in mid-day trading on Wednesday, or nearly 66% below their $58.87 52-week high. Shares in solar panel maker and project developer SunPower (SPWR) are down nearly 75% from their 52-week high.

For more on why Wall Street isn’t a fan of the Tesla/SolarCity deal watch our video.

Even though the U.S. is setting records for the amount of solar panels being installed, investors appear wary of the uncertainty about state and federal regulations, and possibly low oil prices—although the two are not directly connected.

Like with the booming solar market in the U.S., solar panels are being sold in India in increasing numbers. The country has a growing population and a need for new sources of electricity, both clean and fossil fuel-based.

Azure Power—which installs solar panels in both large ground-mounted projects for utilities and also on rooftops for companies—plans to have 520 megawatts of solar panels operating by the end of the year. That’s enough power for close to 100,000 average American homes (likely many more in India). By the end of 2017, the company wants to raise that to 1 gigawatt, and then to 5 gigawatts by the end of 2020.

The Indian government is seeking to have 100 gigawatts of solar installed nationwide by 2022.

But the market for solar in India is difficult, too. As SunPower CEO Tom Werner pointed out during an interview with Fortune last year, accessing financing and land for solar projects can be difficult in India, and the prices that emerge through India’s solar power auctions can be extremely low, delivering slim profit margins. The country also has a hodgepodge of regulations across its different states, which makes building solar projects challenging.

Azure Power only generated $38.9 million of operating revenue from the sale of solar power for the fiscal year ending March 31. Over the same period, the company lost $24.5 million.

But that Azure Power—a venture capital backed startup founded in 2007—has grown into a company that can compete with First Solar and Softbank is a feat. The company was founded by Indian entrepreneur Inderpreet Wadhwa, who spent years in the U.S. getting an MBA and working at tech companies like Oracle and a consumer marketing software startup called Loyalty Lab.

Before founding the company, he had no solar industry experience. He raised funding from early investors Foundation Capital and Helion Venture Partners.