Here’s Why the Obamas, Joe Biden, and Melinda Gates Are Talking About Girls Today 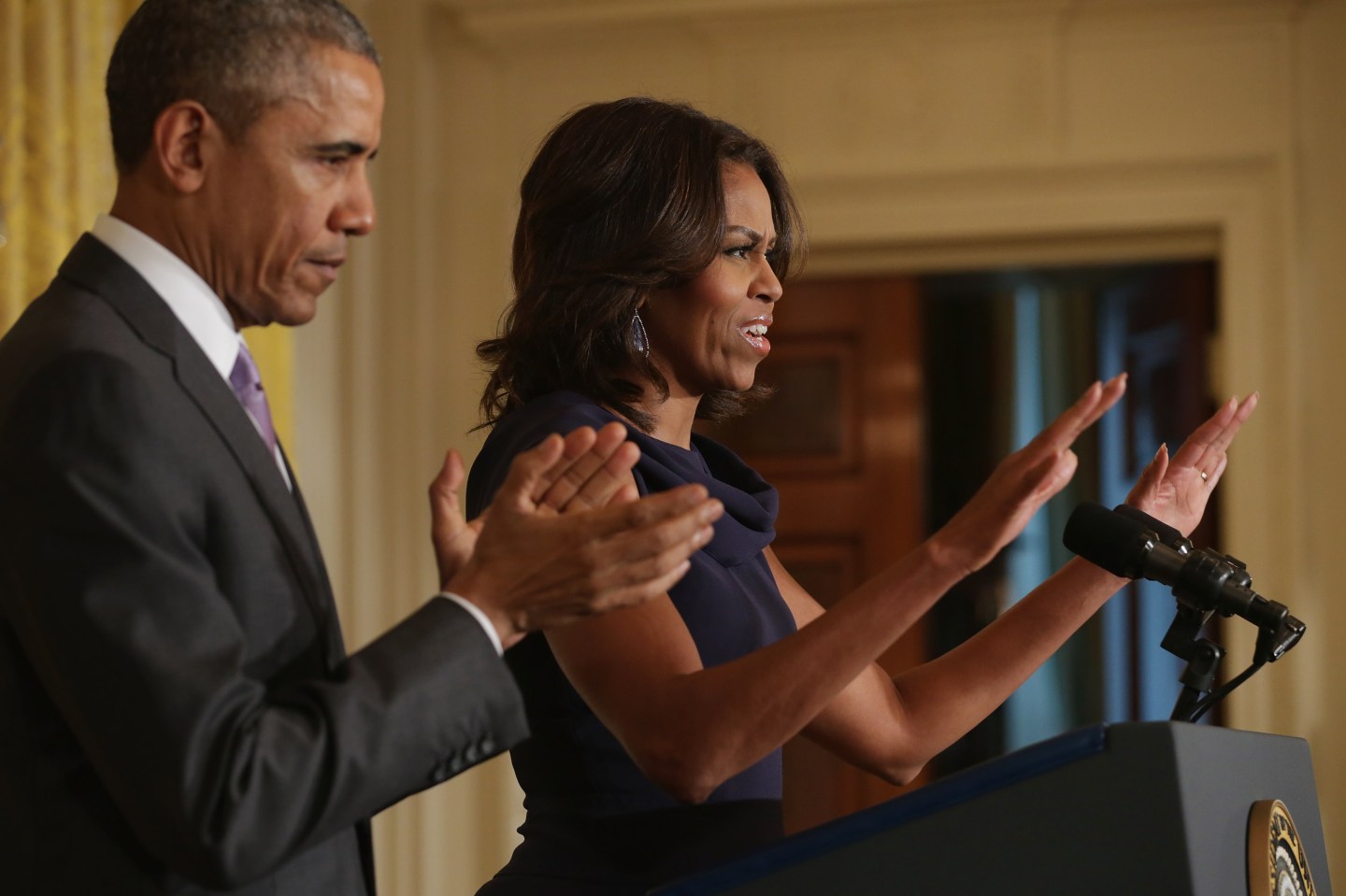 What’s with all the girl talk?

If you’re wondering why everyone seems to be talking about young women today, know that it’s not a coincidence. Five years ago, the UN declared October 11th International Day of the Girl Child in order to “recognize girls’ rights and the unique challenges girls face around the world.”

Since then, a number of American leaders have spoken out about the right of girls to be educated, safe, and healthy. One of the most vocal champions for girls has been First Lady Michelle Obama, who spearheaded Let Girls Learn, a campaign to promote girls’ education, as well as the first-ever White House United State of Women Summit.

In a CNN editorial published Tuesday, Obama explained she believes so strongly in the importance of girls’ education:

For me, education has never been simply a policy issue – it’s personal. Neither of my parents and hardly anyone in the neighborhood where I grew up went to college. But thanks to a lot of hard work and plenty of financial aid, I had the opportunity to attend some of the finest universities in this country. That education opened so many doors and gave me the confidence to pursue my ambitions and have a voice in the world. For me, education was power.

The first lady went on to explain the challenges to girls’ education, which include poverty, dangerous commutes, and social pressure to marry young and start families.

A Medium op-ed by Melinda Gates, a philanthropist and long-time advocate for women’s rights, is slightly more upbeat, enumerating the reasons she is optimistic about the future. Reason number one: world leaders are listening—and investing—in girls. One example is the more than $2 billion pledged by organizations, businesses, and governments during the United Nations General Assembly last month to improve the health and well-being of women and girls around the world.

It’s not just female leaders who are speaking up about the need to give girls the same rights as boys. President Barack Obama and Vice President Joe Biden are taking part in the State Department’s #DadsAndDaughters campaign in which fathers—including the vice president—share stories of how they are advancing gender equality by supporting their daughters (you can watch Biden praise the women in his life here.)