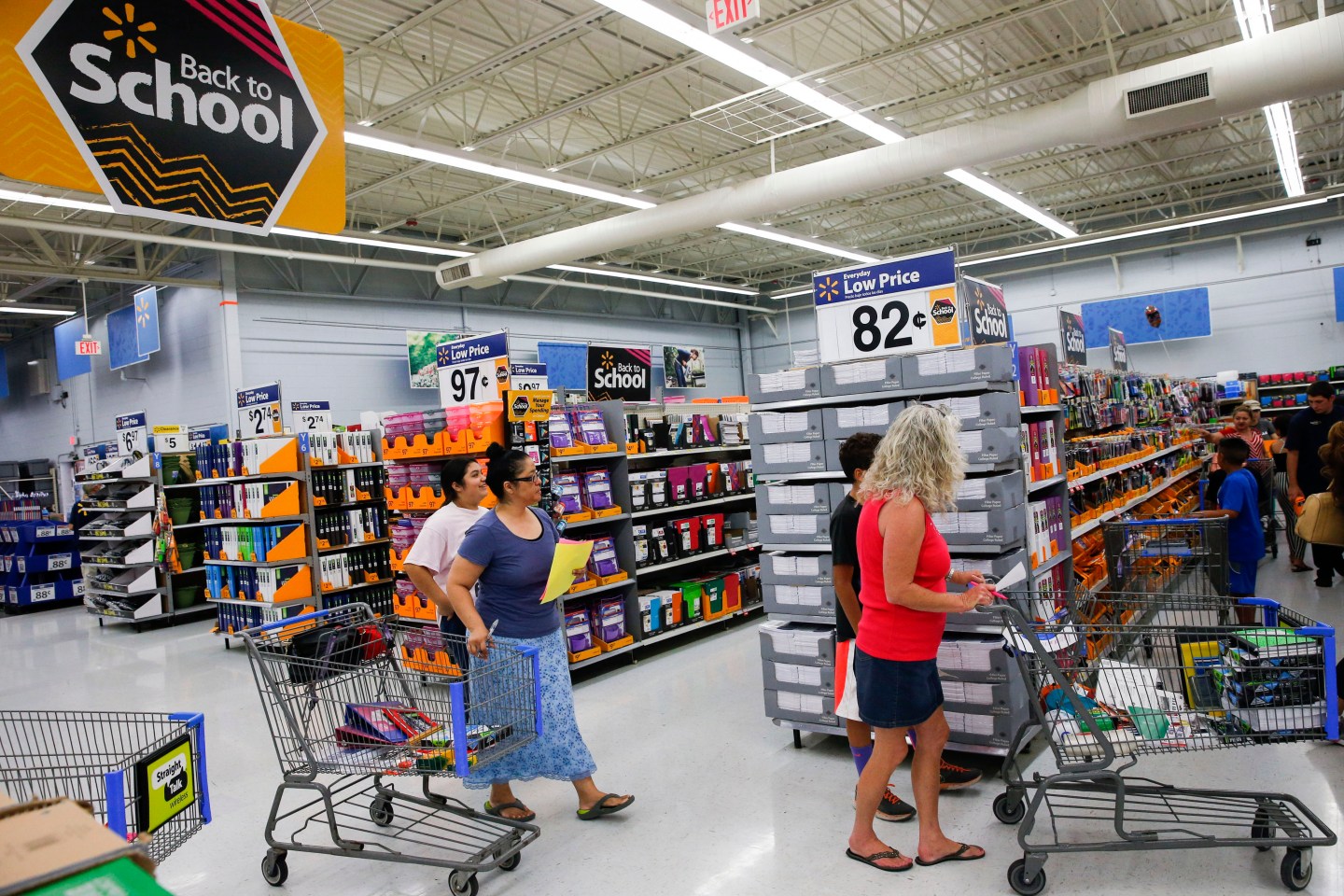 Customers browse school supplies at a Wal-Mart Stores Inc. location in the Porter Ranch neighborhood of Los Angeles, California, U.S., on Thursday, August 6, 2015. More U.S. parents are planning to increase back-to-school spending this fall than at any time in at least the past four years, according to a survey released Tuesday by the International Council of Shopping enters. Photographer: Patrick Fallon/Bloomberg via Getty Images
Patrick Fallon/Bloomberg via Getty Images

Two measures of U.S. inflation expectations fell in September, with one hitting a low water mark, according to a Federal Reserve Bank of New York survey that also found Americans predicted less earnings growth in the year ahead.

The survey of consumer expectations, an increasingly influential gauge of prices for the U.S. central bank, found that median year-ahead inflation expectations tumbled to 2.5% last month, its lowest recorded level, from 2.8% in August.

Three-year ahead expectations slid to 2.6%, from 2.7%, to near a record low. Both of the price measures have been gradually declining since the online survey began in mid-2013.

Other national price measures have edged higher in recent months, though inflation remains below a Fed target. The Fed, looking to raise interest rates before year end, wants to see signs of inflation pressures before acting.

The New York Fed survey, in which an outside group taps a rotating sample of 1,200 households, also found that median one-year ahead earnings growth decreased to 2.0% last month, from 2.4% in August.