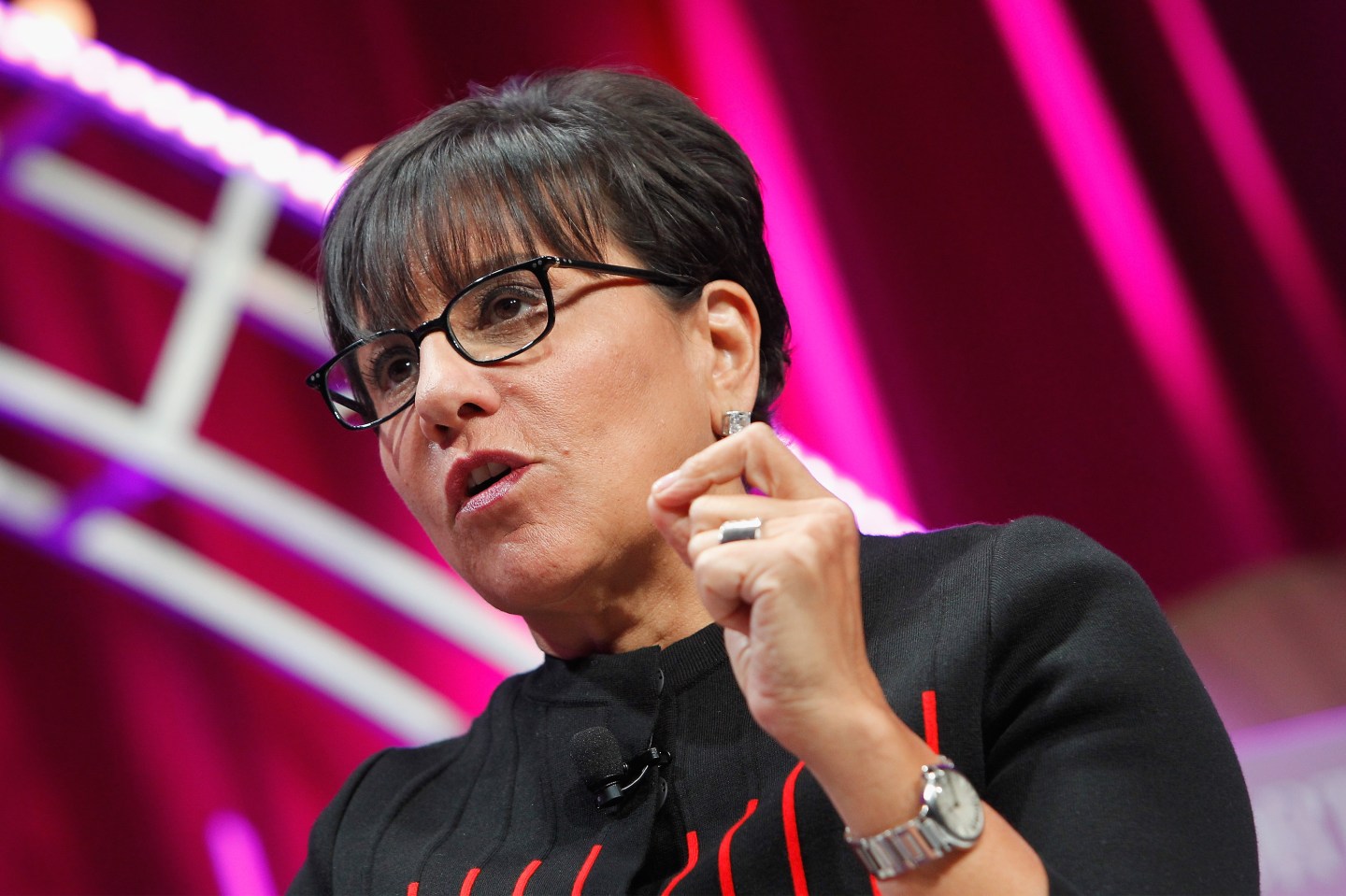 “The idea that trade is bad is crazy,” said U.S. Secretary of Commerce Penny Pritzker, less than a day after the second U.S. presidential debate took place, during which candidates bickered over topics including trade.

Pritzker, who was speaking at the O’Reilly Next: Economy conference in San Francisco on Monday morning, presented what could be construed as a rebuttal of much of the rhetoric from Republican nominee Donald Trump’s campaign, which has lashed out against current U.S. trade agreements like the North American Free Trade Agreement, signed in 1994 by President Bill Clinton.

“The idea that we’re gonna pull up the drawbridge of put up walls […] doesn’t make any sense,” she continued. For one, explained Pritzker, “many inputs that we need come from other places,” so shutting down trade would simply jeopardize the businesses of thousands of U.S. companies who rely in imports for their own products.

With that said, Pritzker acknowledged why there’s been so much talk about trade and stifling it, however misguided that idea may be. “I think part of what is being tapped into is an anxiety about the future of work,” she said.

Globalization, which has been in effect for decades now, is also not showing any signs of slowing down as companies all over the world continue to turn to overseas producers or workers for some of their needs. That feeling that jobs are disappearing because they’re going to companies overseas with more competitive costs is understandable, said Pritzker.

“Automation and digitization is being conflated with trade,” she added about the current technology-driven shifts in the labor market that are making a growing number of jobs obsolete or in need of adjustments.

But the way to deal with that, she posited, is through trade and establishing rules that make sure there are work standards in all participating countries and that trade is advantageous for the U.S. in both directions—not by shutting down trade.

Currently, the Obama administration is hard at work to push for the ratification of the Trans-Pacific Partnership, a trade agreement focused on the Asia Pacific region. On stage, Pritzker argued that military and business leaders in the U.S. say that the TPP treaty would be the most helpful move for them in the region. Trump has opposed the deal, arguing that it’s not in the best interest of U.S. businesses.

“Through TPP, we are shaping the way trade will be done in this century,” said Pritzker. China is pushing a competing agreement, the Regional Comprehensive Economic Partnership, which Pritzker described as not having the same standards for labor, among other things.