Why Were Private Statements The Ones That Finally Turned So Many From Trump? 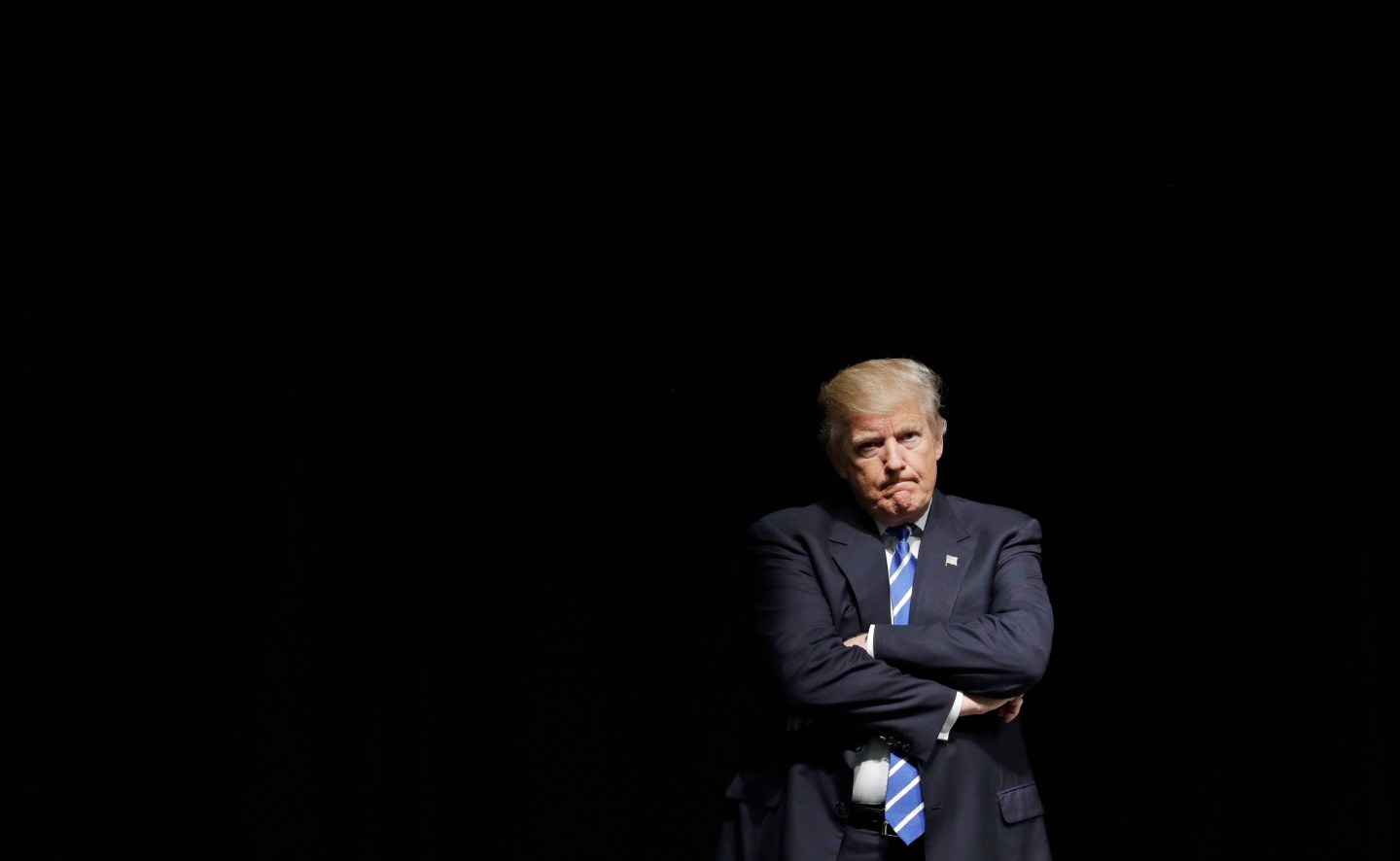 Marshall McLuhan famously claimed that “the medium is the message”—that the way information is transmitted is at least as important as the information itself. The catastrophic 24-hour implosion of Donald Trump’s presidential campaign, in the wake of the leak of secret recordings of him graphically describing abuse and harassment of women, proves the adage’s enduring truth.

The Access Hollywood recordings don’t show much about Trump that wasn’t already part of the public record. He has made barely less vulgar comments throughout the campaign, including in his attacks on Fox host Megyn Kelly and former Miss Universe Alicia Machado. In pre-campaign appearances on Howard Stern’s show, he regularly detailed a freewheeling sex life and praised his own daughter’s “voluptuous” physique.

However offensive to many, that sort of talk never sharply slowed Trump’s political momentum. That’s because, perhaps counter-intuitively, it actually supported a core element of his persona and appeal. His adherents have often said they admire his willingness to say what he thinks, and part of his political message has been resistance to a culture of so-called political correctness.

By the most generous interpretation, then, even his most offensive public statements could be seen as promoting frank, open public dialogue. At the very least, his bluntness was a show of raw power.

But the Access Hollywood recordings support a different interpretation of Trump—that his crudity is not a political performance, and its alignment with any larger agenda is pure happenstance. While his public braggadocio could make him seem powerful, the same statements in private sound more like a needy bid for approval.

We’ve seen similar phenomena elsewhere recently. Fox and Friends was a showcase of very public sexism for years, but it was private recordings made by show cohost Gretchen Carlson that brought Fox’s head enabler Roger Ailes down. (Incidentally, Ailes has since found a place in Trump’s campaign coaching the candidate before debates.) Donald Sterling, owner of the Los Angeles Clippers, already had a long public record of offensive speech and behavior when a private recording earned him a lifetime ban from the NBA.

What seems brash and bold on stage and screen, apparently, becomes kryptonite when captured in a back office. Or on a bus, as the case may be.

For more on Trump, watch our video.

Of course, other sorts of context also matter. Coming after an already-disastrous week, the tidal wave of Republicans vocally distancing themselves from Trump has a major element of political calculation. But these disavowals have often seemed visceral, driven by moral outrage at least as much as strategy—Utah Senator Mike Lee’s seething denouncement is a clear example.

So why are these behind-closed-doors recordings so powerfully damaging? Perhaps because we tend to assume that everyone in the media spotlight is a master of public relations, that their every word and action is part of a grand plan. Or we read their brashness as a triumph over fear, a willingness to speak their mind, even in the face of disapproval. Even if we disagree with what they stand for, at least they stand for something.

But the same boldness, captured in private, can paint a picture of someone with no plan, and no control over their own worst nature. For a figure like Donald Trump, nothing—not even repeated, public, overt sexism—could be more devastating.