Why Anderson Cooper Might Be the Most Controversial Debate Moderator Yet 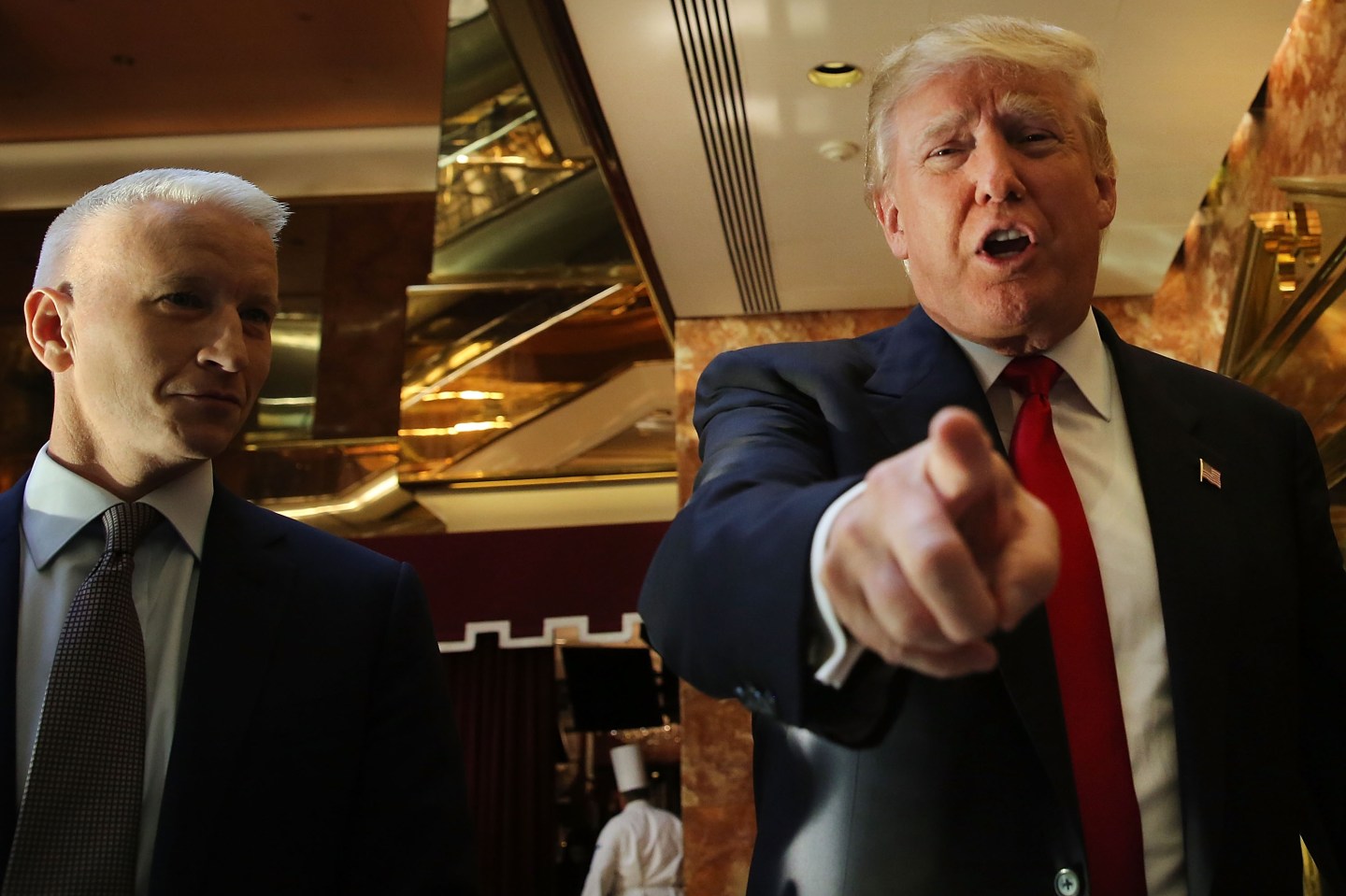 Donald Trump and Hillary Clinton will be in the spotlight on Sunday night, but the real stars of the second presidential debate could end up being the moderators—particularly Anderson Cooper.

CNN’s Cooper, who will moderate along with ABC’s Martha Raddatz, has had run-ins with GOP candidate, Donald Trump before. In a March town hall on CNN, Cooper responded to Trump’s “I didn’t start it” assertion about his then-feud with rival Ted Cruz by saying, “Sir, with all due respect, that’s the argument of a five-year old.” Trump recently complained that Cooper “treats me very unfairly.”

Debate moderators are facing as much scrutiny as ever in this election cycle. Trump has frequently complained that the debates (and the election) are “rigged” against him and that the moderators favor his rival. The GOP nominee clashed with debate moderators during the primaries (Megyn Kelly, CNBC) and he falsely claimed that NBC’s Lester Holt, who moderated his first debate with Clinton, is a Democrat (he’s a Republican).

What’s more, the criticism that Matt Lauer faced after last month’s presidential forum sparked a frothy media debate over a moderator’s duty to fact-check during a debate.

During the first Clinton-Trump debate, Holt was criticized for not intervening enough (though the NBC newsman did have his moments), And critics thought CBS’ Elaine Quijano did a poor job of keeping the vice presidential candidates engaged in substantive debate.

Cooper’s history with Trump and his media supporters is sure to be a major talking point if Republicans are not happy with the results of Clinton-Trump, Round Two.

Last year, Cooper interviewed Trump a month after he announced his campaign for the White House and Trump chafed at the CNN anchor’s questions about a court case that Trump settled in 1999 involving illegal Polish immigrants he hired to build Trump Tower. The real estate mogul told Cooper he thought the question was “pretty pathetic.”

Trump often accuses CNN of bias, calling it “the Clinton News Network,” and he’s made it clear that he doesn’t want Cooper moderating Sunday’s debate. “He’ll be very biased, very biased. I don’t think he should be a moderator,” Trump said recently about Cooper.

Meanwhile, Cooper also has a history of being tough on Clinton, as the CNN anchor asked the former Secretary of State in a primary debate last fall if she would “say anything to get elected.”

Ahead of Sunday’s debate, it’s been reported that Cooper and ABC’s Raddatz have had trouble getting on the same page when it comes to the format and subject matter of the town hall-style debate. For his part, Cooper has dropped hints that he plans to step back and let the candidates do most of the talking, which seems like it would suit Trump just fine.

The debate starts at 9 p.m. ET on Sunday and will air on several broadcast and cable networks as well as stream live online. You will find Fortune’s coverage on our home page.