How to Watch and Stream the Second Presidential Debate 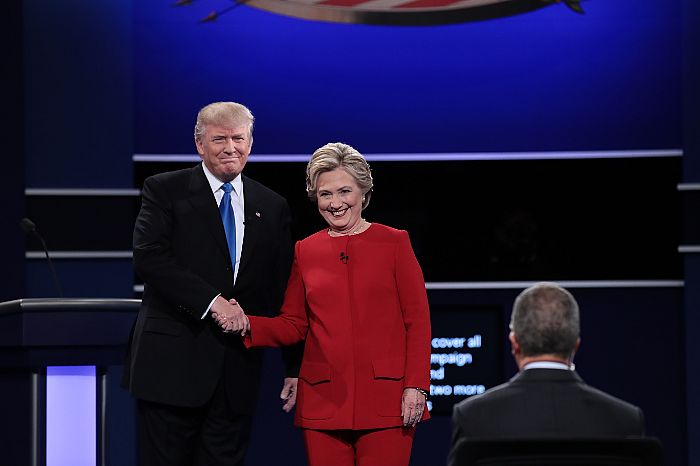 Expectations are high for Sunday night’s rematch between Donald Trump and Hillary Clinton.

Clinton was widely viewed as having won that debate, and her poll numbers have jumped, with record numbers —over 84 million viewers across several cable and broadcast networks–having tuned in. It remains to be seen if more people will tune in for Sunday’s debate, which will be a town hall-style affair at Washington University in St. Louis.

Like the previous two debates, tonight’s debate–which airs from 9 pm. to 10:30 pm ET–will air live on the major broadcast networks (ABC, CBS, FOX, and NBC) as well as C-SPAN. It will also air on cable news channels such as CNN, Fox News, Fox Business Network, and MSNBC, as well as Spanish-language networks Telemundo and Univision.

Several of those networks will also stream their coverage of the debate on YouTube, while Twitter will stream the debate live in partnership with Bloomberg. ABC News is also partnering with Facebook for a joint live-stream of the debate.

Meanwhile, for anyone interested in watching Sunday’s big event on the big screen, Regal Entertainment Group announced last week that it will air the presidential debate live in 206 Regal Cinema theaters across the U.S. for free.

The debate takes place at Washington University in St. Louis and will be moderated by both CNN anchor Anderson Cooper and ABC News’ chief global affairs correspondent Martha Raddatz. The town hall debate format means that the moderators will share the job of asking the candidates questions with various members of the audience, which will be made up of undecided local voters selected by the Gallup research group.