These are the Republicans Calling for Donald Trump to Drop Out 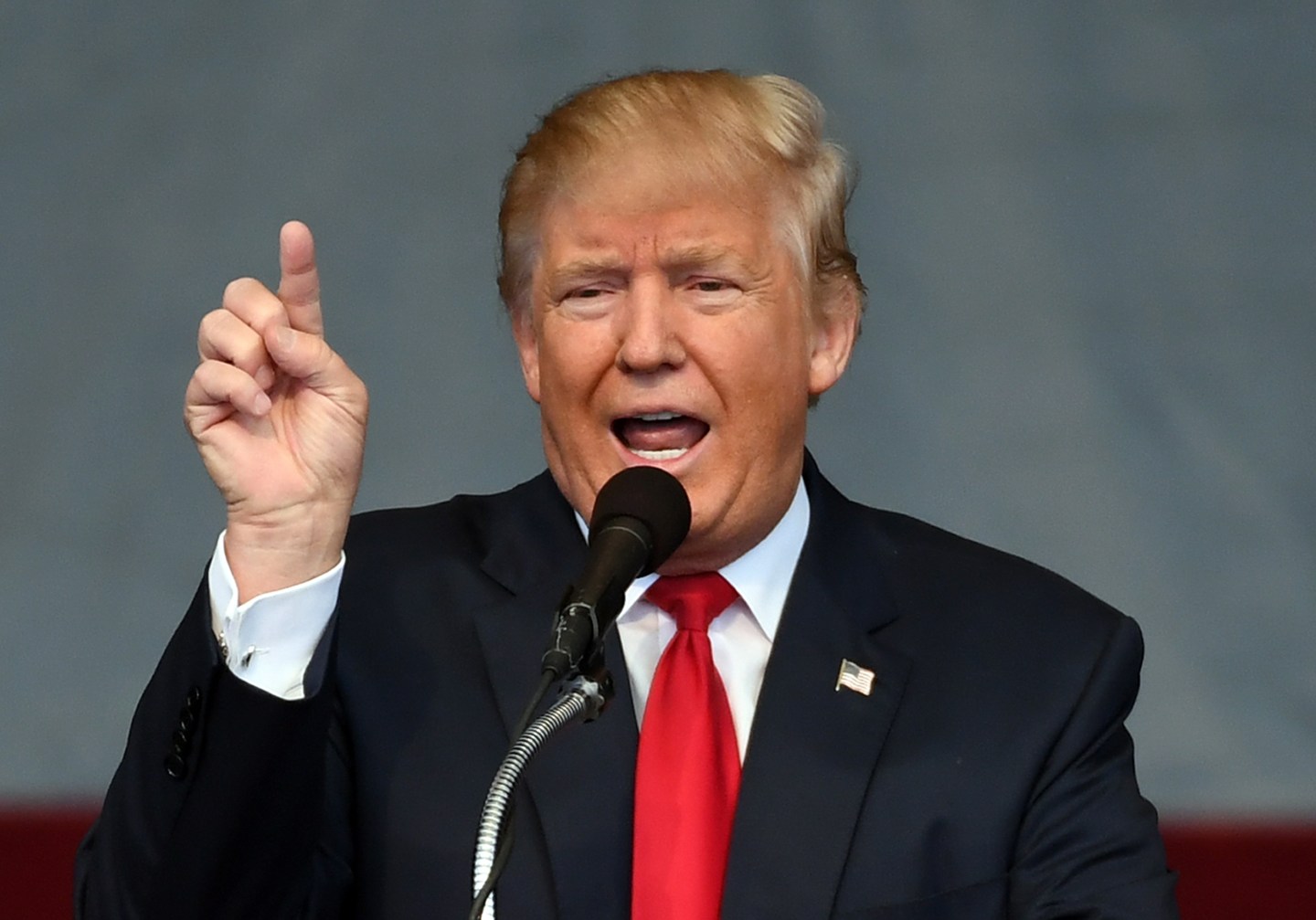 Donald Trump’s lewd comments about women—from a 2005 conversation published on Friday—proved a step too far for some Republicans who called for the GOP presidential nominee to drop out of the race.

Many Republicans quickly condemned the remarks, in which Trump brags about hitting on a married woman and groping women, saying “you can do anything” to women “when you’re a star.” The recording was published Friday by the Washington Post.

“Anyone who knows me knows these words don’t reflect who I am,” Trump said in an apology video early Saturday morning, calling the footage a “distraction” from important issues. “I said it, I was wrong, and I apologize.”

Several GOP leaders said they will no longer vote for Trump, as others called for him to step down. Utah Rep. Jason Chaffetz said in a CNN interview that he can no longer support Trump, calling his comments “abhorrent” and criticizing his apology as insufficient.

“I’m a mom and an American first, and I cannot and will not support a candidate for president who brags about degrading and assaulting women,” Ayotte said in a statement.

Ohio Gov. John Kasich, who had long withheld his endorsement, said Saturday that he will not support Trump on Election Day.

“Nothing that has happened in the last 48 hours is surprising to me or many others,” Kasich said in a statement. “The actions of the last day are disgusting, but that’s not why I reached this decision, it has been an accumulation of his words and actions that many have been warning about. I will not vote for a nominee who has behaved in a manner that reflects so poorly on our country. Our country deserves better.”

These are some of the Republicans who have called for Trump to drop out:

Donald Trump should withdraw and Mike Pence should be our nominee effective immediately.

.@realDonaldTrump should drop out. @GOP should engage rules for emergency replacement.

The comments made by Mr. Trump were disgusting and totally unacceptable under any circumstance. (1/2)

It would be wise for him to step aside and allow Mike Pence to serve as our party's nominee. (2/2)

“In a campaign cycle that has been nothing but a race to the bottom — at such a critical moment for our nation — and with so many who have tried to be respectful of a record primary vote, the time has come for Governor Pence to lead the ticket,” Huntsman told the Salt Lake Tribune.

Rob Engstrom, national political director at the U.S. Chamber of Commerce and former director of the Division of Political Education at the Republican National Committee:

Said weeks ago, but now is time: Cut Trump loose. If u have endorsed, rescind. U work for campaign, can resign. #TwoPaths #Intregrity

The ticket should resign, not just Trump. The ticket owns the entirety of Trump's behavior, past and present.

Donald Trump should resign as the Republican nominee for president, he brags about sexuality harassing women. He is unfit for public office