How Republicans Could Replace Donald Trump If He Steps Down 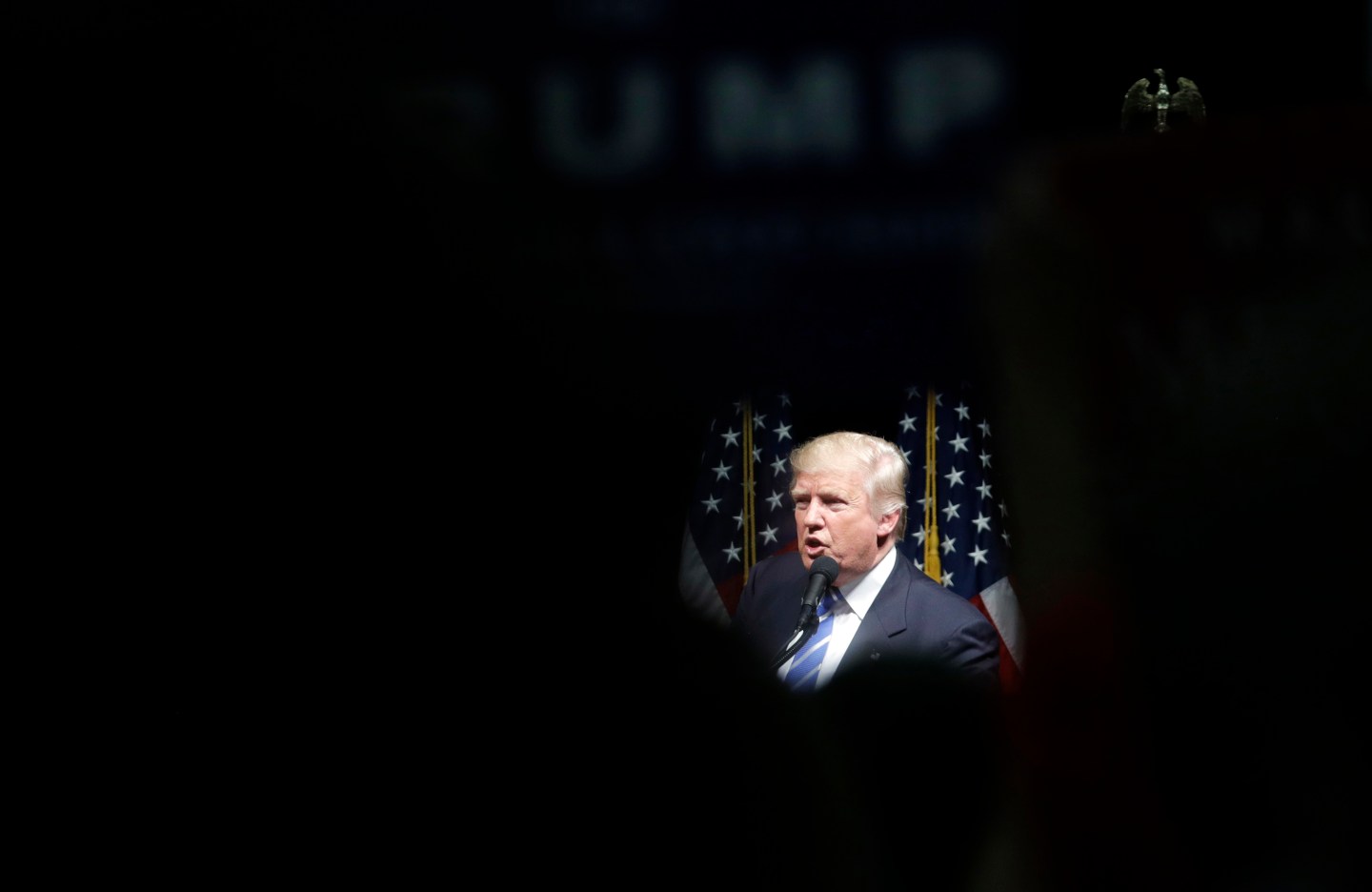 Utah Sen. Mike Lee, former Utah Gov. Jon Huntsman and Illinois Sen. Mark Kirk were just some of the Republicans who called on Donald Trump to give up the nomination after viewing video footage showing the Republican nominee joking of his ability to sexually grope women without repercussion. But their statements were requests, not commandments.

Donald Trump, in the end, has the power to decide whether he remains the Republican nominee. He has been publicly condemned over the last 24 hours by party’s chairman, the Speaker of the House,and the Senate Majority leader, and hundreds of other elected officials. But the ball remains in his court.

Under Republican Party rules, the Republican National Committee is empowered to fill vacancies that occur “by reason of death, declination, or otherwise,” with the 168 members of the committee voting for a replacement. There is no established procedure to remove a nominee unwillingly.

The meeting to replace the nominee would need to be called with at least five days notice, and each state’s delegation would cast the same number of votes it was allotted at the convention in July for the replacement nominee. Trump’s running-mate, Indiana Gov. Mike Pence, would be the obvious replacement, but others could also throw their hat into the ring.

Republican Senator Asks Trump to Step Down Via Facebook Live

The Democratic Party has done this before. A few months before the 1972 presidential election, Democratic nominee George McGovern discovered that his vice presidential nominee had experienced multiple bouts of depression and related hospitalization. Fearing Thomas Eagleton would hurt the ticket’s chance in November, the Democratic Party replaced him with former ambassador Sargent Shriver.

Even if Trump were to step aside voluntarily, his name would remain on ballots in most states—and millions of people may have already voted for him. The Uniformed and Overseas Citizens Absentee Voting Act (UOCAVA) requires that states distribute ballots at least 45 days before a federal election, while early voting is underway in states like Iowa, Virginia, Wisconsin, and North Carolina. Replacing his name on ballots that have yet to be distributed is also problematic—and perhaps insurmountable.

To answer question I've been getting–No, Trump cannot drop out & be replaced on ballot. UOCAVA ballots are out, early voting has begun.

In Colorado, for example, nominees’ names must be submitted to the state elected officials sixty days before election day, or on September 9. In Iowa, it’s 81 days before the election—that was August 19. In Ohio, it’s a full 90 days ahead of election day.

Historically there has been some leeway in the way the limits are applied. The New Jersey nominee for the U.S. Senate in 2002, Sen. Robert Torricelli, was accused of ethics violations and withdrew from the race 36 days before election day—15 days past the statutory deadline. Republicans objected to replacing him with another Democrat, Frank Lautenberg, but the New Jersey courts approved Lautenberg’s name on the ticket.

In 1990 a Minnesota Republican gubernatorial candidate was replaced on his state’s ballot little more than a week before election day. “This would be a gray area and there could be litigation,” said Kay Stimson, director of communications at the National Association of Secretaries of State. For states where the ballots can still be changed, the question of whether to make a late switch would likely be subject of litigation.

Then there are the complications peculiar to a presidential race. Under the U.S. Constitution, a vote for a candidate goes to electors through the byzantine Electoral College. In many states, those electors have some power to decide how they cast their ballots when the Electoral College meets in December. But at least 25 states and the District of Columbia have laws binding electors to vote based on the outcome of the Nov. 8 general election. In some states they are only bound to vote for the party nominee—meaning they could vote for the replacement. But in states like Michigan, they are bound to the candidate listed on the ballot.

In any event, Trump’s withdrawal would set the GOP and the nation down an uncertain path, likely ending in the court room as various state statutes are litigated by both parties.“It points out the fragility of our election system and the lack of ability to deal with these kinds of issues,” Rick Hasen, a professor at University of California’s Irvine School of Law, told TIME.