Republican Senator Asks Trump to Step Down Via Facebook Live 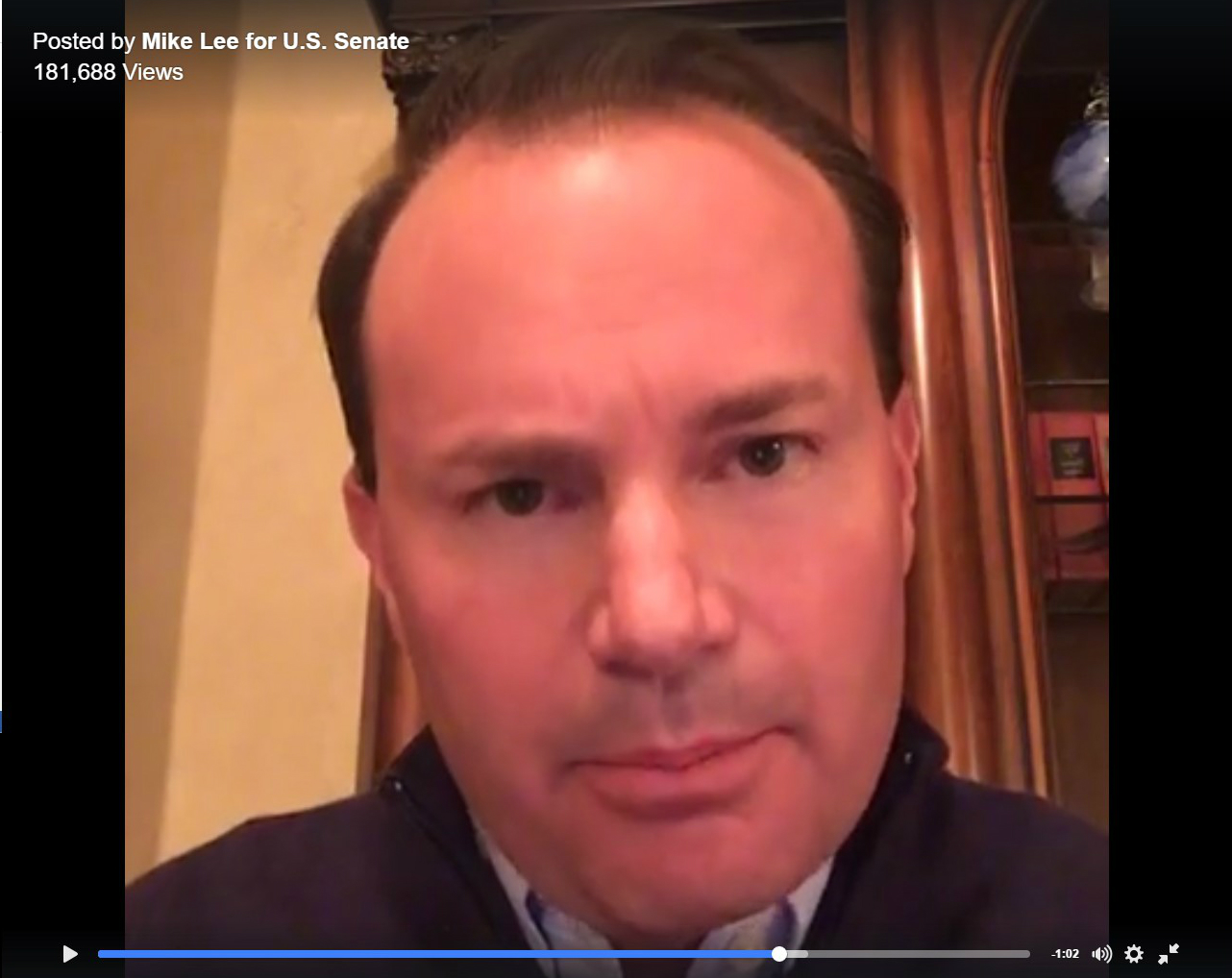 Hours after tapes surfaced of GOP nominee Donald Trump using vile language to describe his enthusiasm for sexual assault, Republican Senator Mike Lee has called for him to step down as the Republican nominee for President. But instead of taking his thoughts to a news network, Senator Lee delivered his message directly to the public in a Facebook Live video recorded from his Utah home.

Appearing extremely composed, but not entirely scripted, Lee said: “It’s occurred to me on countless occasions today that if anyone spoke to my wife, or my daughter, or my mother, or any of my five sisters, the way Mr. Trump has spoken to women, I wouldn’t hire that person, wouldn’t want to be associated with that person, and I certainly don’t think I’d be comfortable hiring that person to be the leader of the free world.”

The video, posted late Friday night, had racked up nearly 200,000 views by Saturday morning. Notably, online reactions to Lee’s statement have been overwhelmingly positive—at worst, commenters criticize Lee for not doing something similar sooner. Also worth noting here is that Lee himself was first elected in 2010 as part of the Tea Party wave, a Republican insurgency that shared many populist and libertarian positions with Trump.

Addressing fellow conservatives, Lee said that “we’ve been asked to settle, on matters of great principle, with our candidate for President of the United States. This can’t continue.”

In Trump’s own video responding to the unearthed tape, the candidate described the furor over his comments as a “distraction.” But Lee (by this point barely containing his anger) responds: “With all due respect, you, sir, are the distraction. Your conduct, sir, is the distraction. It’s the distraction from the very principles that will help us win in November.”

“It’s for precisely that reason, Mr. Trump, that I respectfully ask you, with all due respect, to step aside. Step down. Allow someone else to carry the banner of these principles.”

For more on Trump, watch our video:

In addition to its political implications, Lee’s statement is the latest sign of the vibrancy of Facebook’s live streaming service as a forum for debate and newsmaking. Without the service, Lee would doubtless have turned to a traditional media outlet such as CNN or Fox News to make his statement.

Trump: "I am your voice."
Not my voice. Not most Americans' voice. Isn't it time for a Republican revolt against his remaining GOP's voice?

DJT is a malignant clown – unprepared and unfit to be president of the United States.