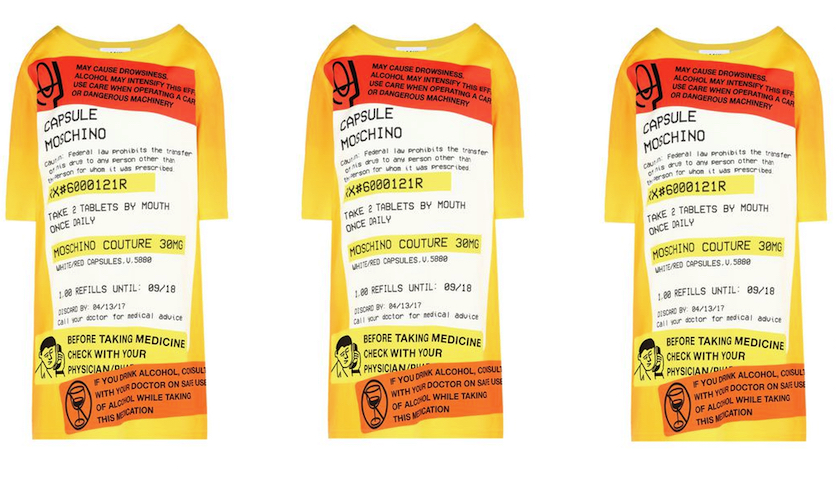 Nordstrom (JWN) has caved to pressure and pulled a fashion line by high-end brand Moschino that was criticized for making light of drug addiction.

“We appreciate all the constructive feedback we received from concerned customers and ultimately decided to remove the collection from our site and the three stores where we offered it,” a Nordstrom spokeswoman told Fortune. The retailer had earlier decided to keep carrying the line despite the outcry.

The Moschino line, which still sold at HBC’s (HBC) Saks Fifth Avenue chain, has sparked protests and boycotts and was accused of being insensitive about the nation’s drug epidemic. Saks, which was actively promoting the items on Twitter on Friday, declined to comment to Fortune.

It’s the second time in a year Nordstrom has had to stop selling a line of clothes deemed offensive: In November, the store removed Faux Real’s ‘Chai Maintenance’ Hanukkah sweaters from its site and store shelves after angry customers saw it as playing on clichés about Jewish women.

Randy Anderson, an alcohol and drug counselor in Minneapolis, launched an online petition last week to convince Nordstrom and Saks to remove the Moschino capsule. As of Friday afternoon, 1,581 people had signed on.

“It would appear that you are unaware that our country is in the midst of a severe epidemic of opioid addiction and overdose deaths,” Anderson wrote in the petition, which now only calls on Saks and Moschino to stop selling the line. Anderson told the Minneapolis Star-Tribune that Nordstrom’s reversal was a “victory.” He noted that most addictions to opioids originate with a legal prescription.

The controversy come at a difficult time for Nordstrom, which could scarcely afford to offend any shoppers: Comparable sales at its full-service department stores fell 7% in the first half of the current fiscal year. Saks Fifth Avenue is similarly seeing swooning business at its luxury department stores.