How AT&T Is Maintaining Peace With Union Workers 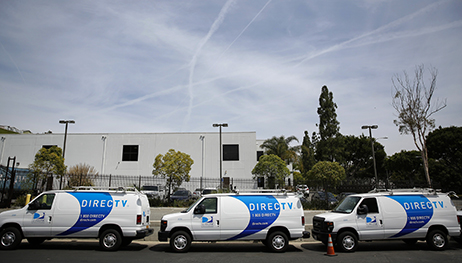 One agreement covers about 2,000 workers in its wired Internet business. A second set of agreements covers more than 2,000 field service workers in AT&T’s DirecTV unit. All of the deals were hammered out with the Communications Workers of America union and must still be ratified by the workers.

AT&T has had a long run of successfully negotiated deals with the CWA, even after union workers at Verizon went out on a seven week strike earlier this year and won improved pay and job security. In August, 40,000 workers in AT&T’s wireless business approved a four-year benefits contract, the first major telecom workers contract ratified since the Verizon (VZ) strike ended. The last major strike at AT&T occurred in 2012, though it lasted only two days.

The new tentative agreement with AT&T’s Internet workers ends a somewhat contentious negotiation. The workers voted in July to authorize a strike after the carrier proposed freezing wages for three years and increasing workers’ contributions for health care coverage. But AT&T eventually agreed to make concessions on wages.

The tentative deal includes general wage increases, with some of the largest gains for those at the bottom of the pay scale, the CWA said. The two lowest paid job titles, Internet Assistants and Customer Assistants, will get pay increases of $5,000 to $8,100 over the three year contract. Other workers will get a 7.7% raise over the three years.

“Not only will this new contract provide significant wage increases, but it will also protect health care benefits and provide improvements in job security, scheduling, and other working conditions,” said Lisa Bolton, a CWA vice president, in a statement.

“Our objective in all of our labor negotiations is to reach fair agreements that will allow us to provide our employees with excellent union-represented careers, and that we feel these do that,” a spokesman for AT&T said. The carrier has reached 19 agreements since the start of 2015 with the CWA and International Brotherhood of Electrical Workers unions covering a total of 95,000 workers, he added.

The DirecTV workers will get wage increases every six months until they hit the top salary for their job title, the CWA said. The deal also includes health care coverage, disability, savings and pension benefits, and a grievance and arbitration process, the union said.