No, Kim Kardashian Should Not Blame Herself For Being Robbed 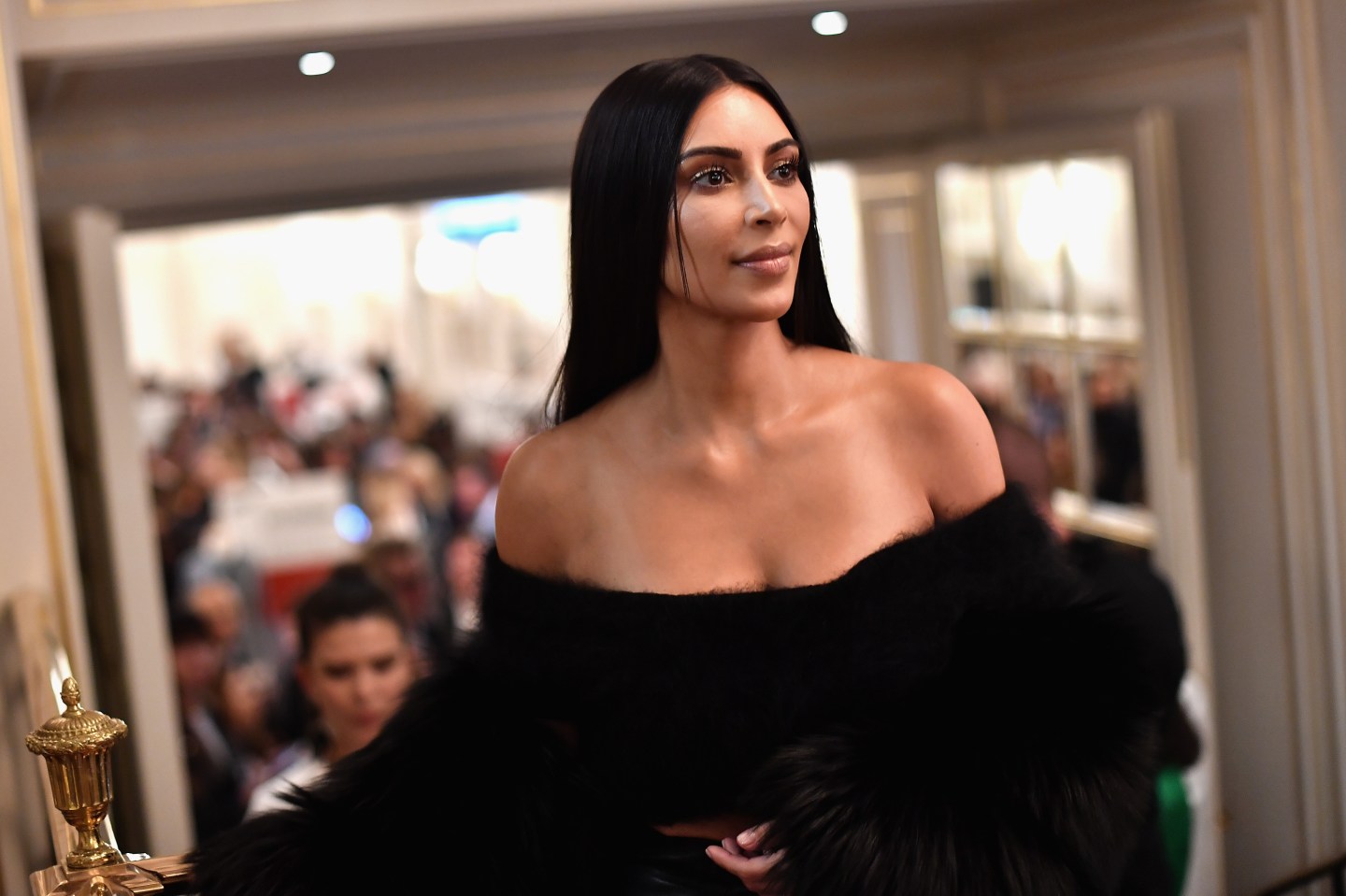 Being a famous woman can be a dangerous business these days.

Unless you’ve had no access to the Internet for this past week, you probably know that Kim Kardashian was robbed at gunpoint in her Paris hotel room on Sunday night. According to various reports, the heist was violent: The reality star was tied up, gagged with duct tape, and locked in the bathroom.

Many of fans and celebrities—including Hillary Clinton—reacted to the news with an outpouring of support for Kardashian. However, that response was far from unanimous, with some commentators insinuating that the social media star got what she deserved. People reported Thursday that even Kardashian blames herself for the robbery.

One of the highest-profile public personas to comment on the news was Chanel’s Karl Lagerfeld, who told The Telegraph that Kardashian should have seen it coming. “If you are that famous and you put all your jewelry on the Net, you go to hotels where nobody can come near your room,” said the designer. “You cannot display your wealth and then be surprised that some people want to share it with you.”

Compared to some of the internet commentary, Lagerfeld’s remarks seem positively empathetic. Online remarks ranged from mocking to horrifically hostile, with some of the darkest comments even suggesting that Kardashian deserved to have been sexually assaulted in addition to everything else she went through.

While that is certainly a fringe reaction, the fact that Lagerfeld and so many others felt comfortable sharing their opinions about what Kardashian “deserves” shows just how ready we are to blame the victim when it comes to violence against women.

Of course, Kardashian is not just any woman. Her status as an uber-celebrity and her aura of untouchability undoubtedly makes others feel that they have license to talk about her in ways that they wouldn’t otherwise. The same fame that makes her seem like she is “more than” also makes her vulnerable to personal attacks, explains Robert Thompson, a Syracuse University professor and pop culture expert.

“We talk about celebrities as a generalized category. When we talk about women as a generalized category it’s known as sexism. When we talk about all people of a certain race it’s called racism,” Thompson explains. By thinking of Kardashian as an “other,” we dehumanize her, stripping her of certain rights we would normally attribute to a person who is like us. That might mean denying a celeb the right to privacy—or, in extreme cases like this, even the right to safety.

This kind of thinking led some in the media to call supermodel Gigi Hadid “aggressive” and “spoiled” when she defended herself after being grabbed on the street by an unknown man (who later turned out to be celebrity prankster Vitalii Sediuk). British tabloid The Sun ran a story about the incident that described Hadid’s self-defense as “not model behavior.”

If an average woman had elbowed an attacker in the face, we would likely applaud her for standing up for herself; in the supermodel’s case, the fact that she was terrified and was reacting to perceived danger seemed to escape some observers.

It seems that the only way for celebrities to regain their humanity is to share less with their fans—a trend that seems to be gathering steam. This week alone, both singer Demi Lovato and model Chrissy Teigen have announced that they will be taking a step back from the spotlight. Lovato said she plans to leave the music industry because she’s not “cut out for this business and the media,” while Teigen set her Twitter account to private, saying she’s “not strong enough anymore” to deal with trolls on social media.

While such moves may help, it’s unfortunate that it is the victims who are taking forced to take action, while the perpetrators are free to continue on as before.