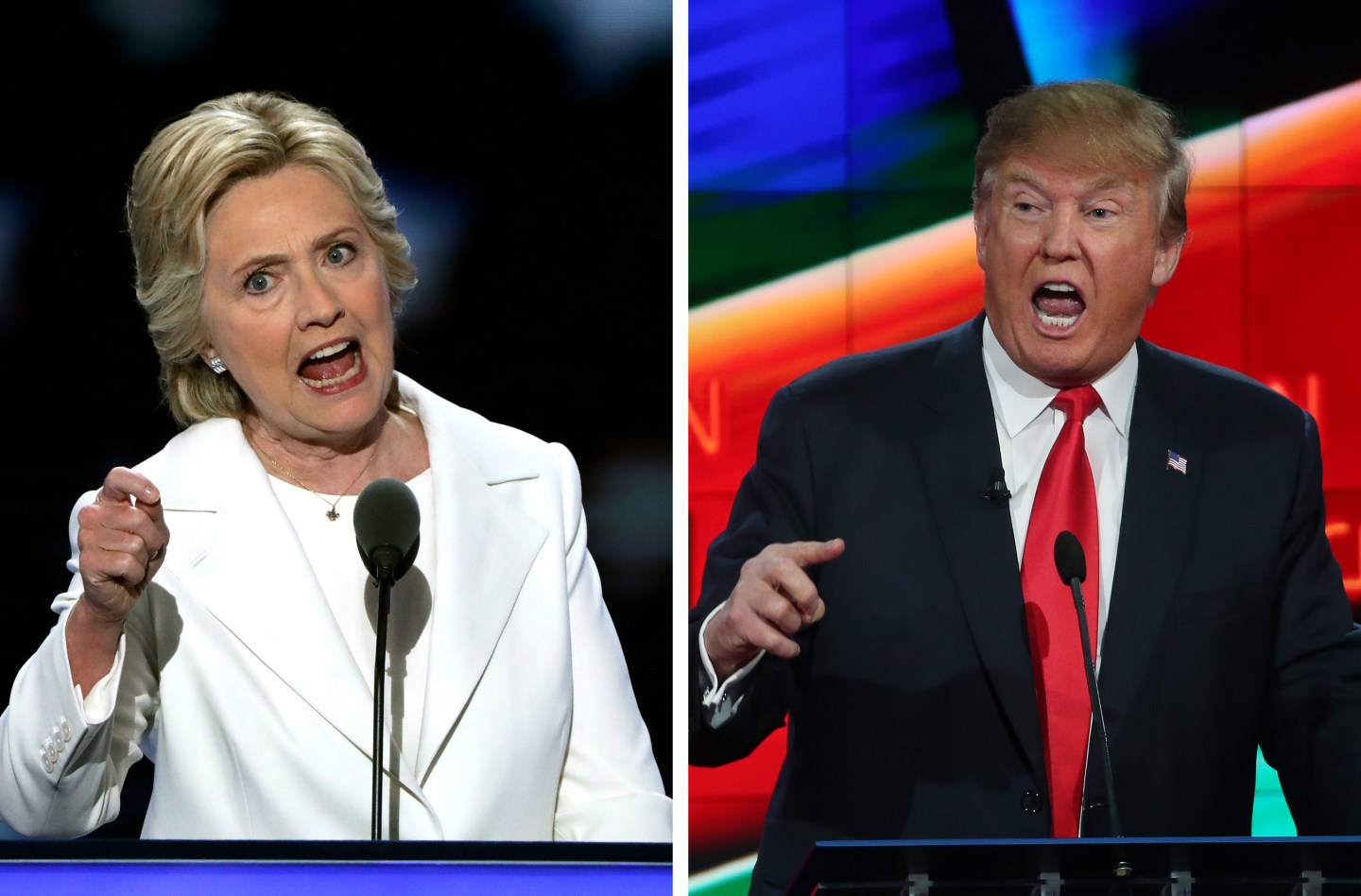 Donald Trump could cost our collective 401(k)s, and other investment accounts, as much as $2 trillion.

Donald Trump promised he would “jump-start America” with little difficulty during his economics speech in Detroit. Although if he is elected, he’s more likely to stall the economy, according to St. Louis-based Macroeconomic Advisers. The Republican businessman as president, the economic forecasting firm say, could wipe a hefty $2.1 trillion off the S&P 500.

Chairman Joel Prakken and Senior Managing Director Chris Varvares wrote that the S&P 500 is expected to fall 7% on a Trump presidency as investors see his economic policies as worse off for U.S. growth—making it riskier to buy into stocks. Conversely, if Democratic presidential candidate Hillary Clinton becomes commander in chief, the market is expected to rally 4%.

Since the race has come down to—as it historically has—the Democratic and Republican nominees, investors under a Trump presidency will shed $1.3 trillion in comparison to the S&P 500’s Sept. 30 market cap, $18.7 trillion. On top of that, though, investors will also lose out on the 4% rise they would’ve gotten from a Clinton win—a $748 billion gain in the S&P 500.

“In a recent survey conducted by the Wall Street Journal, none of the 45 living former members of the President’s Council of Economic Advisers voiced support for Presidential hopeful Donald Trump,” Macroeconomic Advisers said in the report, which came out on Sunday. Although, it should be noted that 25 former members either declined to say, or did not respond in the survey. “While no doubt their reasons are varied, their lack of enthusiasm for candidate Trump likely has something to do with his proposed economic policies,” the economic forecasting firm wrote.

The report pointed toward Trump’s proposal to cut individual tax rates to 12, 25, and 33% for three income brackets. In an economy close to full employment, those cuts would likely increase inequality and force up interest rates, they wrote. Another hallmark of Trump’s campaign, the deportation of 11 million unauthorized immigrants, could also slow the economy as roughly 7 million of those immigrants work, shrinking the labor force, and potentially pushing up wages.

Trump has also called for steep tariffs on goods from China and Mexico, which could trigger a trade war, the firm said.

Macroeconomic Advisers also raised concerns that under Trump, the Federal Reserve would not be able to maintain its independence, since the businessman has accused President Obama of swaying the Fed’s decisions.

The report, though, should perhaps be taken with a grain of salt. Macroeconomic Advisers was founded by Laurence Meyer in 1982. Meyer was nominated to the Federal Reserve in 1996 by Democratic President Bill Clinton, who is also Hillary’s husband.