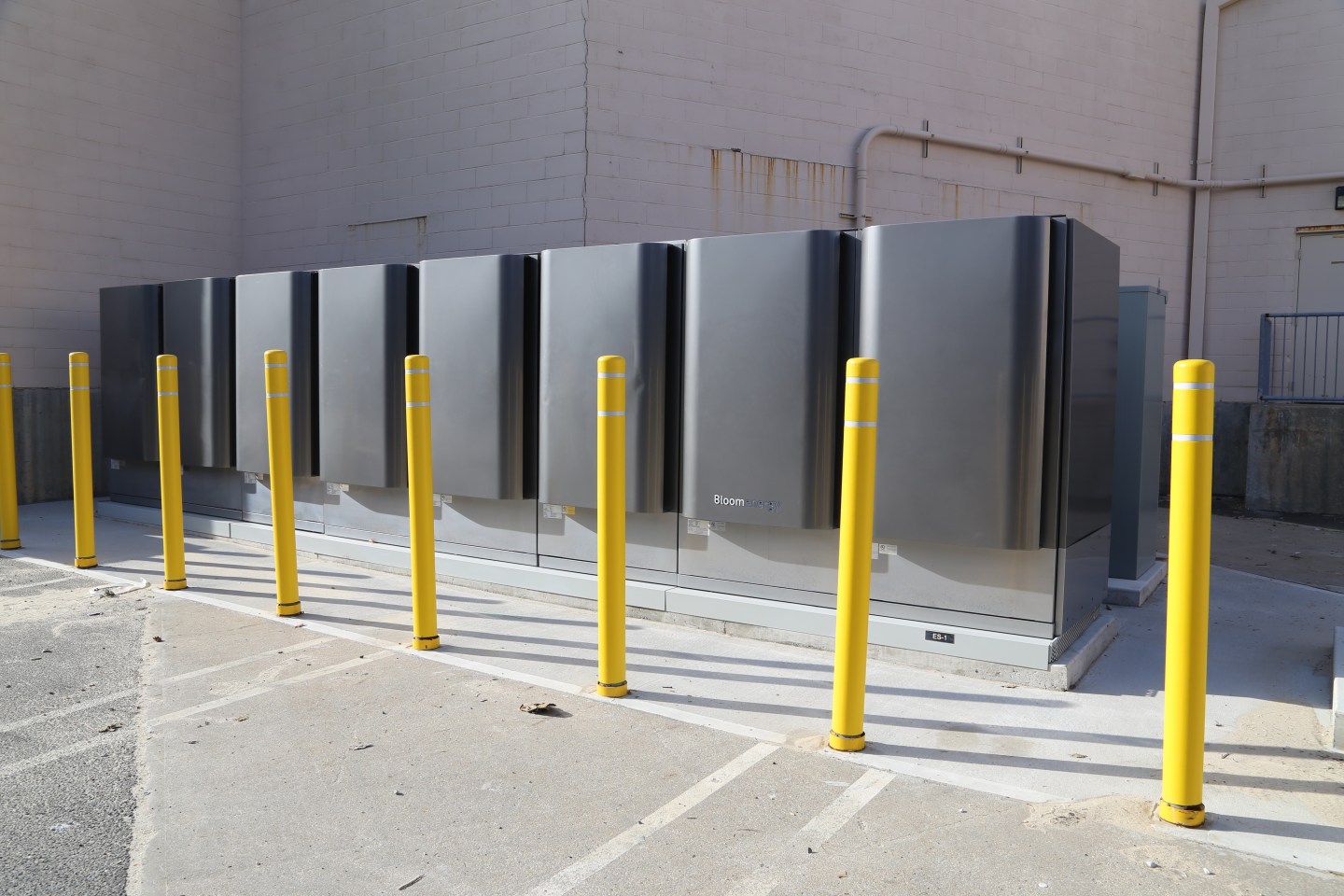 Photo by Katie Fehrenbacher for Fortune

Bloom Energy, a 15 year-old Silicon Valley-backed energy company, has confidentially filed for an initial public offering, according to a report in the Wall Street Journal.

Under a law enacted four years ago, companies with under $1 billion in revenue can quietly file documents with the Securities and Exchange Commission for proposed IPOs. Sometimes the quiet filing process is used to privately draw interest for an acquisition.

Bloom Energy makes devices called fuel cells that generate energy through a chemical reaction from both natural gas and biogas, which is made from methane that is collected from decomposing organic matter like a landfill.

The company, based in Sunnyvale, Calif., has sold these boxes and the energy produced by them to large retailers and tech companies like Home Depot (HD), Walmart (WMT), Apple (AAPL), eBay (EBAY) and Google (GOOG).

For more on tech IPOs on the horizon watch our video.

The fuel cells, which look like large industrial refrigerators and are installed next to buildings, can power buildings without using the power grid. The fuel cells can also have environmental benefits, lowering a company’s carbon emissions, particularly those that use biogas.

However, despite a steady list of customers, Bloom Energy’s IPO filing has been a long time coming. The company’s investors, which put in a whopping $1 billion into the company, have previously said that Bloom Energy had planned to go public two years ago.

The buzz around the company enabled Bloom Energy to become a unicorn, a private company valued at over $1 billion, several times over. In 2011, Bloom Energy reportedly had a valuation of almost $3 billion.

But it’s unclear if that valuation has remained that high since the company seems to have struggled to turn a profit. Bloom Energy investors GSV Capital Corp said it sold its shares in the company earlier this year at a loss.

Bloom Energy is backed by investors including some of the world’s most well-known venture capitalists. The company’s board includes Colin Powell, AOL founder Steve Case, and Kleiner Perkins Caufield & Byers partner John Doerr. Kleiner Perkins was one of the earliest and most supportive investors.

But making fuel cells is a notoriously difficult business. Public company FuelCell Energy has struggled to grow its revenue.

For years, Bloom Energy has also relied on a California state subsidy for clean energy, drawing ire from critics and competitors. Yet more recently, that limited subsidy has started to shift to batteries and away from fuel cells, though, a law was just passed to extend it.

Over the past year Bloom Energy has started selling a more efficient, more power dense, and more compact version of its fuel cell, called the Energy Server 5.0, or the fifth version. The fuel cell has almost double the power density—the amount of power that can be produced per volume—of the previous version.

Bloom Energy says it now has fuel cells at more than 300 sites, with 200 megawatts of energy capacity. That’s about the equivalent of one gigawatt of solar, given the sun only shines during the day, says the company. In comparison one large coal or gas plant can generate about one gigawatt of power around the clock.

Will the sales be enough to keep driving Bloom Energy forward? If the company goes through with the IPO, we’ll see the actual financials results soon enough. Or perhaps the private filing process could attract an interested acquirer and Bloom Energy will become part of a much bigger company.