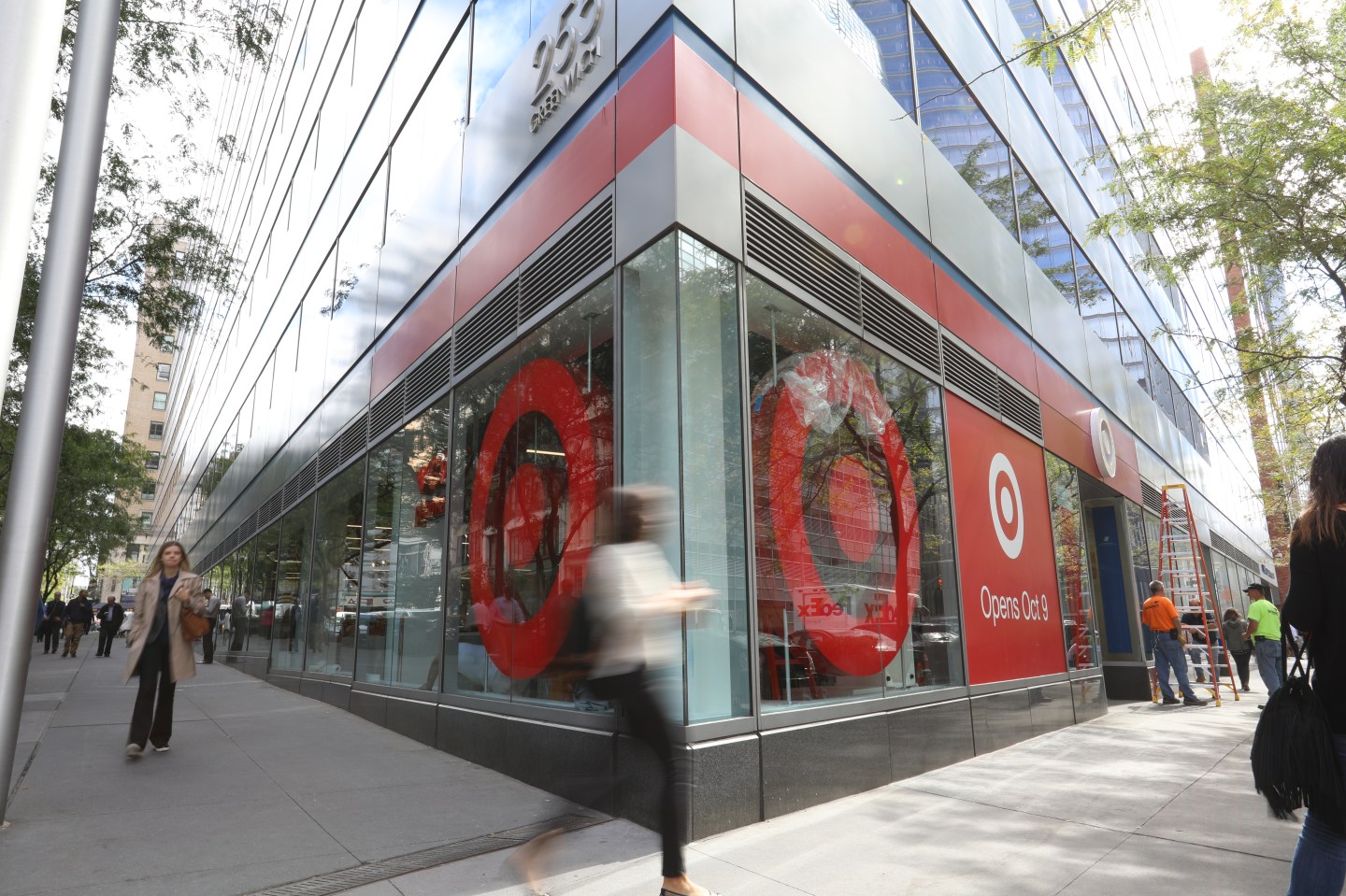 The new Target store opening in Lower Manhattan in October 2016.
Courtesy of Target

At least that is the thinking at Target (TGT) as it opens its first small-format store in New York on Wednesday. The new location will be a big test of Target’s quickly expanding fleet of smaller, urban stores, a concept aimed at winning a new set of customers beyond its suburban clientele.

The Manhattan store is in the heart of the affluent TriBeCa district near the World Trade Center. It occupies 45,000 square feet, about one-third the size of a typical Target store. Along with three other smaller stores opening this week in other cities, the Lower Manhattan opening brings to 27 the number of such stores Target has opened since 2012. That pales in comparison to the 1,800 regular Target stores, but is a clear sign of where Target is heading to get back to sales growth.

The concept behind Target’s flexible formats (executives don’t like to use the word “smaller”) is simple: The company thinks city and college campus stores that are more compact than their suburban counterparts will enable it to more easily reach city dwellers, tourists and office workers who don’t have time to go to a suburban store for a mid-week stock-up trip. Another key benefit? The smaller urban stores provide customers with additional pickup points for online orders, something crucial to competing with Amazon.com (AMZN), particularly during the upcoming holiday season.

With Target’s sales suddenly slumping again, the company has a lot riding on this format succeeding.

“Every one of those stores is performing ahead of our expectations from a sales standpoint,” Target CEO Brian Cornell told Fortune in a recent interview at the company’s Minneapolis headquarters. He estimates the stores (another 25 are coming by 2018) produce two to three times more sales per square foot than the company average. (Last year, sales per square foot for the company came to just over $300.)

Over time, Cornell told reporters last month, the total number of stores could reach into the hundreds; he said they would be numerous enough by 2018 to visibly affect company-wide sales results. Target could use the help: last quarter, comparable sales fell 1.1%, their first drop in nearly two years and one accompanied by a worrisome decline in the number of shopper visits.

One key to success for these stores is for them to reflect the needs of nearby customers, with a limited product assortment targeted to the demographics of a specific market.

The TriBeCa store, for instance, will have a much bigger focus on baby and kids’ merchandise and on the trendier elements of Target’s apparel offerings, aimed at the abundance of affluent young families in the area. But it will also have a lot of home goods, as well as a large retail space for hip yogurt brand Chobani, the better to drum up traffic and have shoppers linger.

The Target store will be at 255 Greenwich Street, near the Financial District and Battery Park, a fast-growing area that teems with affluent urbanites, along with a healthy dollop of tourists visiting the nearby World Trade Center and 9/11 Memorial. According to U.S. Census data, the median annual household income in that zip code is $216,037, three times the Manhattan average and more than four times the national average.

But the TriBeCa store will be a new test for Target in how much appeal these urban stores hold. It will be facing off against everyone from a Whole Foods Market (WFM) a block away to Walgreens and Rite Aid stores in the area that have vastly improved their food offerings. (The new Target will have a CVS (CVS) pharmacy.)

Such stores are “a fabulous new growth vehicle for us,” Cornell said.