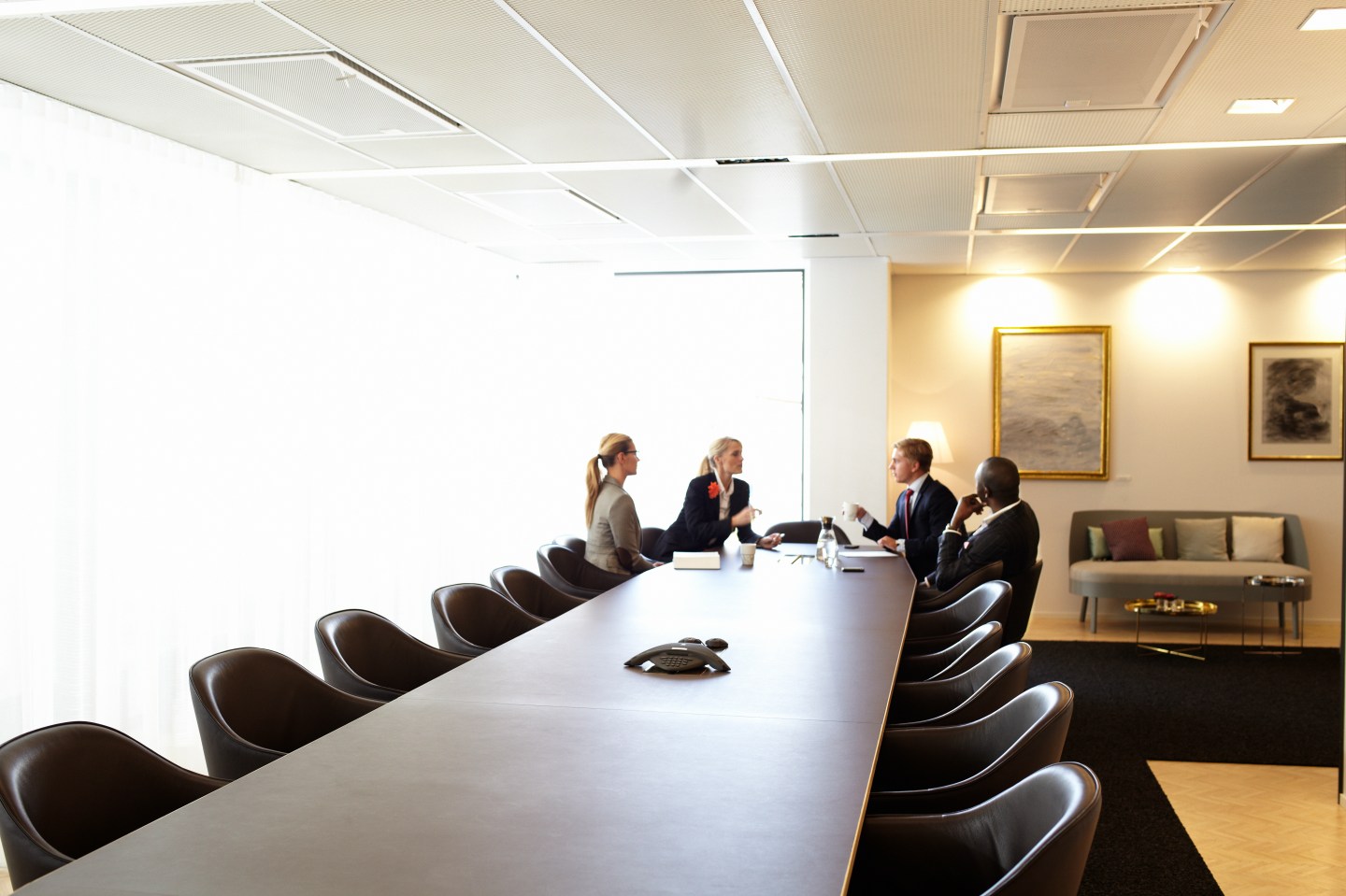 See if this sounds familiar. You’re sitting around a table in an airless conference room with your co-workers while straining to understand the significance of the PowerPoint presentation glowing before you. Everyone at this meeting seems focused—or maybe they’re asleep with their eyes open. It’s hard to tell the difference, really.

The meeting leader is gesturing at a pie chart that’s been mercilessly divided into a hundred tiny pie-chart slices. People start writing things down. What are they writing? It doesn’t matter. You better write something down too.

Time slogs by. At the end of the meeting, someone suggests a follow-up meeting. Someone else agrees. You nod enthusiastically—you have no idea why, but hopefully it makes you look like you know what’s going on. End scene.

For more on the business world, watch this Fortune video:

If only you read author/comedian Sarah Cooper’s hilarious new book, 100 Tricks to Appear Smart in Meetings: How to Get By Without Even Trying, your meeting game would have been so much tighter.

The book was born from the success of Cooper’s website TheCooperReview.com, which is dedicated largely to the idiosyncrasies that are part and parcel of the workplace. Among the priceless intelligence-feigning hacks, there are 21 meaningless diagrams you can draw, tips to look smart in forced social situations and an illustrated guide on what to do with your face.

Monster spoke with Cooper about her meetings-rich career, how she developed her book of tricks and what a successful meeting looks like.

Q: What is your career background like that you’ve been afforded this knowledge on how to appear smart in meetings?

A: I have been working in the corporate world for about 15 years. I worked at a small agency to start with; I worked at Yahoo for a few years; I worked at Google (GOOGL) for almost four years, where I was managing a design team for Google Docs, and was in five or six meetings a day. So I’ve been in a lot of meetings.

In addition to that, I have a comedy background and a writing background, and I just love observing people. Combine those things together and you get this manual for what people do in meetings to impress each other when a lot of the time they really have no idea what’s going on.

Q: Was there a particular meeting or moment in your career when you realized, “I am qualified to write this book”?

A: It took a while. I started jotting down these observations when I was at Yahoo (YHOO) back in 2007 and didn’t really think anything of it. I remember seeing someone say, “We have a 20% click-through rate on this button,” and someone else said, “Oh, so about one in five.” I immediately I thought, “Wow, that was really smart for that person to say that, and it took no real understanding of what was going on to make that person look like they really understood what was going on.” I thought it was a funny observation.

More from Monster:
• 7 words that make you sound less confident in emails
• How young women can combat subtle sexism at work
• 10 productivity killers that are making your job way more difficult

Many years later, I found my notebook again while I was going through things I had put into storage, and I decided to finish this list of things people do to appear smart in meetings.