Women Are More Scared About the Election Than Men 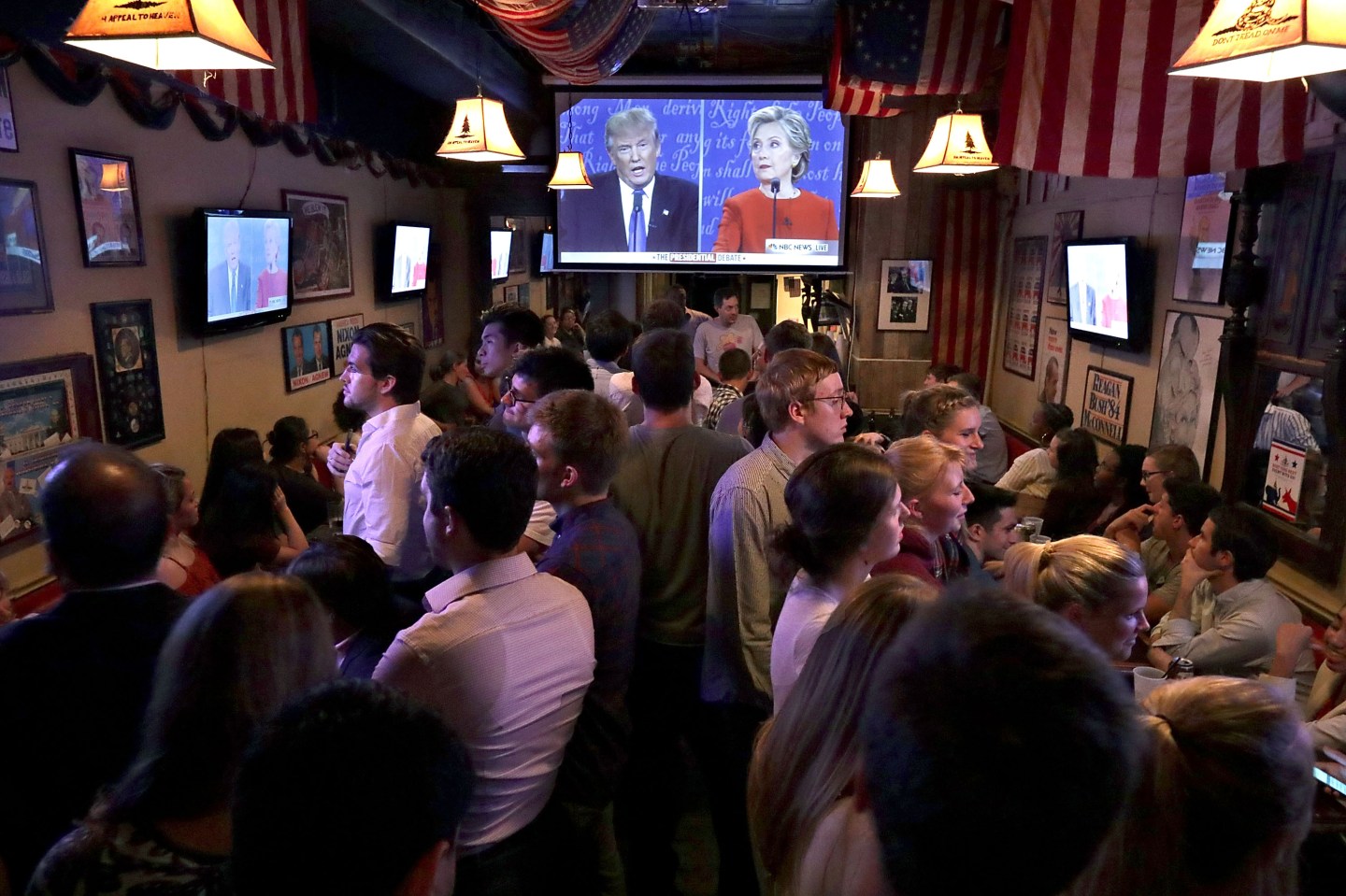 Women are much more likely to say they are scared about the presidential election, according to a TIME/SurveyMonkey poll.

In an online tracking poll of 5,478 registered voters taken Sept. 28-29 after the first presidential debate, 53% of women reported feeling “scared” about the election so far, compared to just 37% of men.

Respondents were allowed to choose from as many of six different feelings about the election as they felt applied. Overall, 48% chose “disappointed,” 46% chose “scared,” 23% chose “sad,” 15% chose “excited,” 9% chose “satisfied,” and 4% chose “I don’t care that much.” One percent did not respond to the question.

There were only a few percentage points difference between the genders among the other answers.

The poll showed a similar divide between supporters of the two major-party nominees. While 52% of Hillary Clinton backers said they were scared, only 39% of Donald Trump supporters felt the same way. Clinton backers were also slightly more likely to say they felt sad, 25% compared to Trump backers’ 18%.

The SurveyMonkey Election Tracking survey was conducted online in cooperation with TIME magazine on those two days. Respondents were chosen from the nearly 3 million people who take surveys on SurveyMonkey each day. The poll has a bootstrap confidence interval—a measure of the pollsters’ confidence in the results—of plus or minus two percentage points for registered voters. You can read more about the methodology here.

Further responses from the online survey will be released at a later time.