Why You Should Think Twice About Quitting Your Job 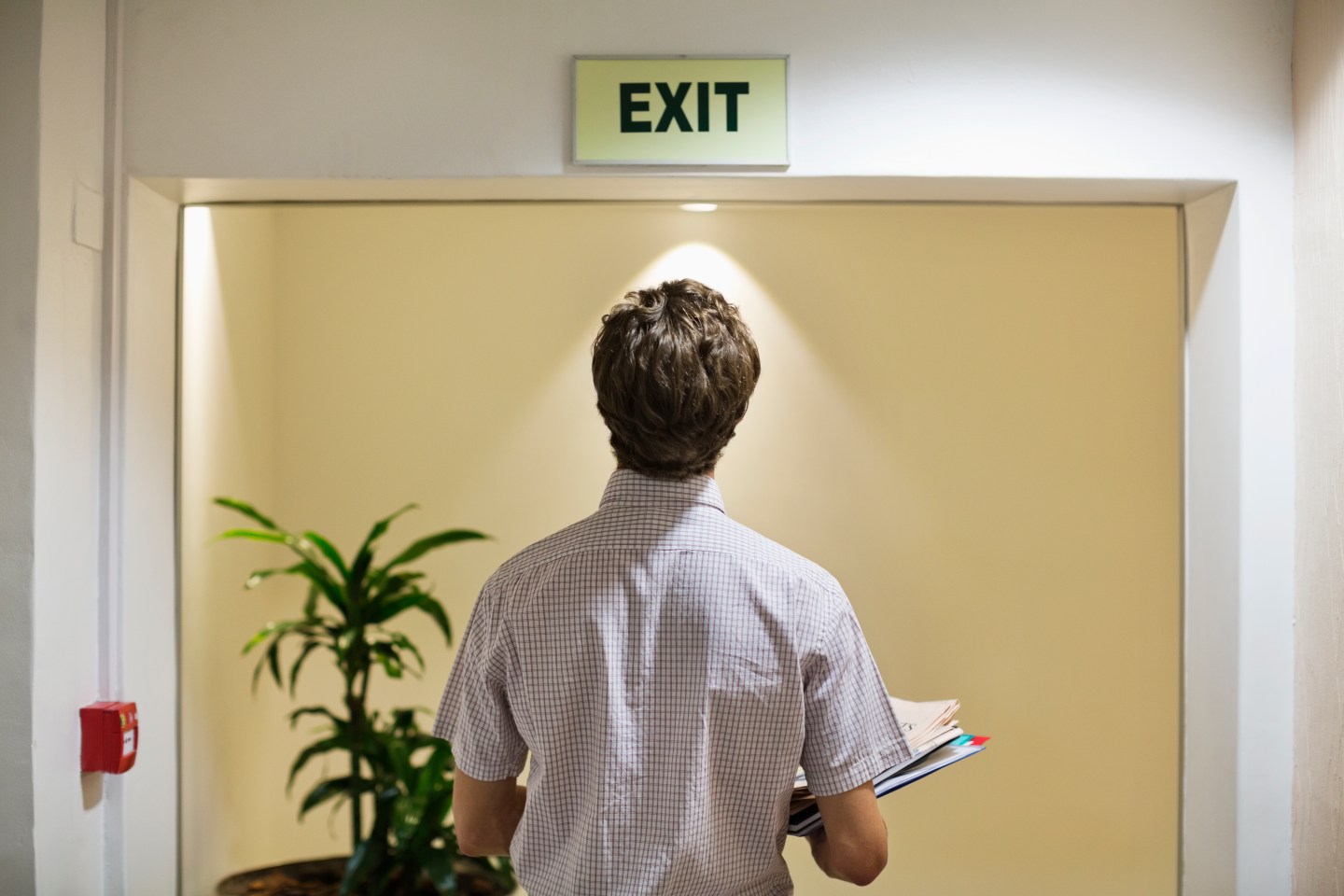 The MPW Insiders Network is an online community where the biggest names in business and beyond answer timely career and leadership questions. Today’s answer for: “What’s one thing every woman should know about climbing the corporate ladder?” is written by Kim Getty, president of Deutsch LA.

In many industries, especially mine—marketing—the two-year stint is a somewhat defined behavior. I get why that happens. We live in a world of gamification—next salary, next title, next opportunity. In some cases, that can feel good. But it can also be limiting.

Shifting jobs often limits the impact you have and the value you can get out of your career. You miss the opportunity to see the impact of your decisions, watch people grow around you, and build the deep connections and trust that allows you to do bigger and bolder things in your career.

People looking to climb the corporate ladder should first consider the value of digging in. That means focusing on what you’re going to learn, not where it’s going to get you. That means measuring success against yourself, not others. It means genuinely wanting to make your organization better than you found it.

And all of these things are within your reach to influence.

See also: What No One Tells You About Climbing the Corporate Ladder

When I think about my own career and why I’ve stayed at my company for 13 years, it comes down to being able to change my job without changing jobs.

This reminds me of a young woman at my company who has made a profound impact during her four years with us. She has worked on several teams in the building, holding a different job with each—experiential, digital, and account management. In addition to client work, she spearheads brand initiatives for the agency’s operations team and has put a lot of effort toward making our company a great place to work. She wears many hats, and because of that, has earned the respect of colleagues across our organization. She ignored the climb-the-ladder approach in favor of a roll-up-your-sleeves attitude, and I have a feeling we’ll all be working for her someday.

The notion of a ladder is very singular thinking—one rung to the next, focused on you. When you’re itching for a new opportunity, consider making a lateral move into a new role. Initially, it may not seem as satisfying without the immediate payday or bragging rights of a promotion. However, in the long run, you become a much more valuable contributor.

Company CEOs aren’t prepared for the job by some kind of “CEO training.” Most of these women and men have spent their careers building a range of experience by moving to the left and right, as opposed to always looking up. They learn to work across the company, taking a look at where their skills can provide the most value, and they don’t rely on the company to move them along. They move the company along.

Take an organization like UPS (UPS). It’s known for introducing associates to every facet of the company so that they have a larger understanding of the way that UPS runs. David Abney started with the company at the age of 19, loading packages onto trucks while attending college. In 2014, he became the CEO.

These executives’ stories are a good reminder that inventing new opportunities for yourself in your current job can chart a path that advances both you and your organization.

Getty is an investor of UPS.