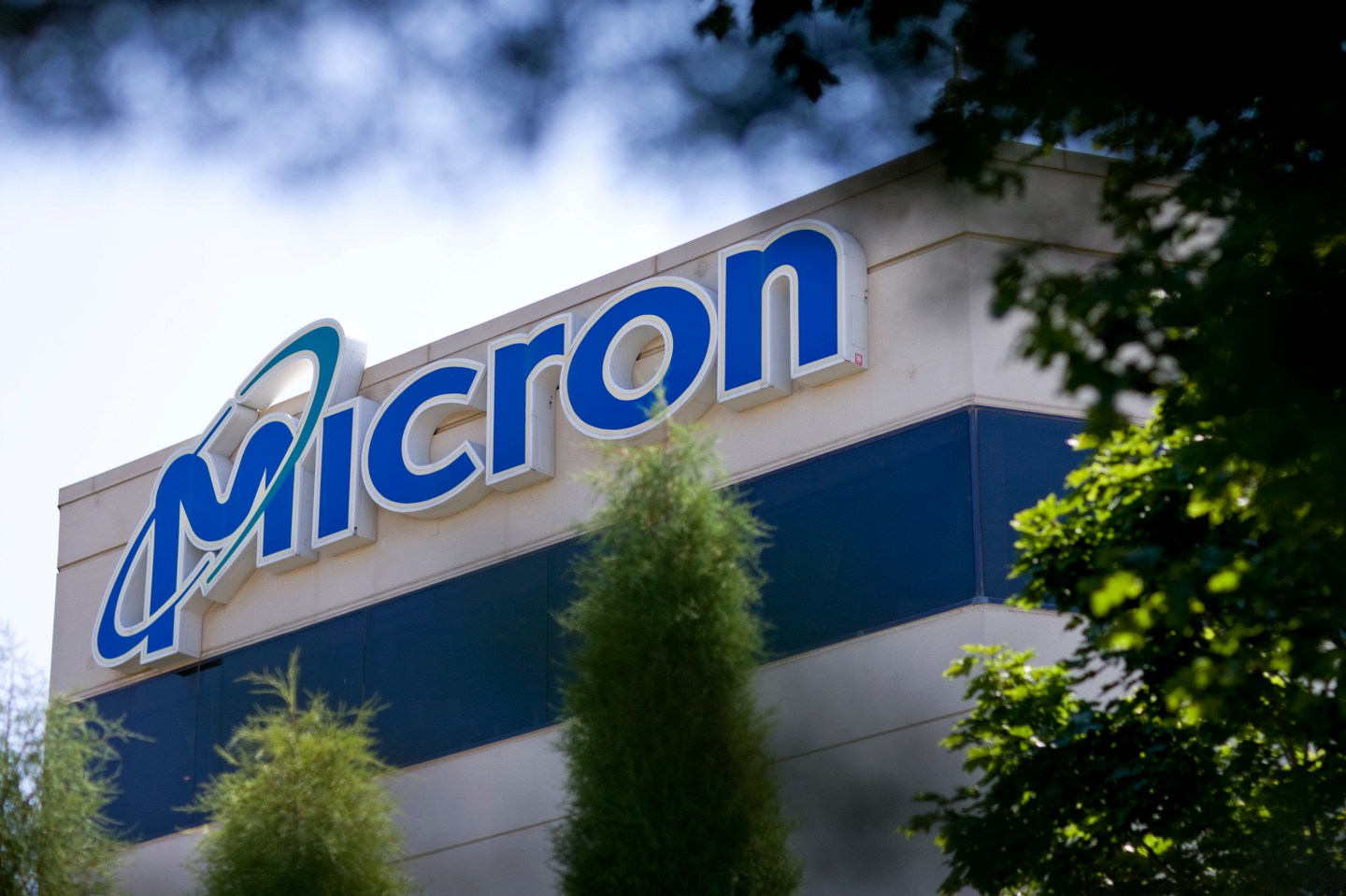 Micron (MU) forecast first-quarter adjusted profit of 13-21 cents per share, while analysts were expecting a profit of 9 cents, according to Thomson Reuters. It would represent the company’s first profit in three quarters.

The company’s share were marginally higher at $17.92 in after-market trading on Tuesday.

Micron, which manufactures DRAM chips used in PCs and NAND flash memory chips widely used in smartphones to store music, pictures and data, has enjoyed a recovery in the last six months amid signs of improvement in the market.

“We are seeing improving market conditions in terms of both slowing supply growth and improving demand across a number of key segments,” Micron CEO Mark Durcan said.

With DRAM prices rebounding to 7 month highs, Micron is benefiting as the supply glut in the market has dried up following aggressive cut backs in production amid signs of a bounce back in demand.

Prices of both DRAM and NAND chips are expected to rise in the fourth quarter, according to research firm TrendForce, with DRAM prices anticipated to rise over 10% from the previous quarter.

Here’s How Intel Plans to Re-Enter the Memory Market

The latest quarter included a $58 million charge related to a restructuring program the company announced in the third quarter.

Micron’s net sales fell 10.6% to $3.22 billion in the fourth quarter. Analysts on average were expecting revenue of $3.15 billion.

Up to Tuesday’s close, the stock had risen 25.7% this year, on par with the nearly 25% gain in the broader Philadelphia SE Semiconductor Index during that period.