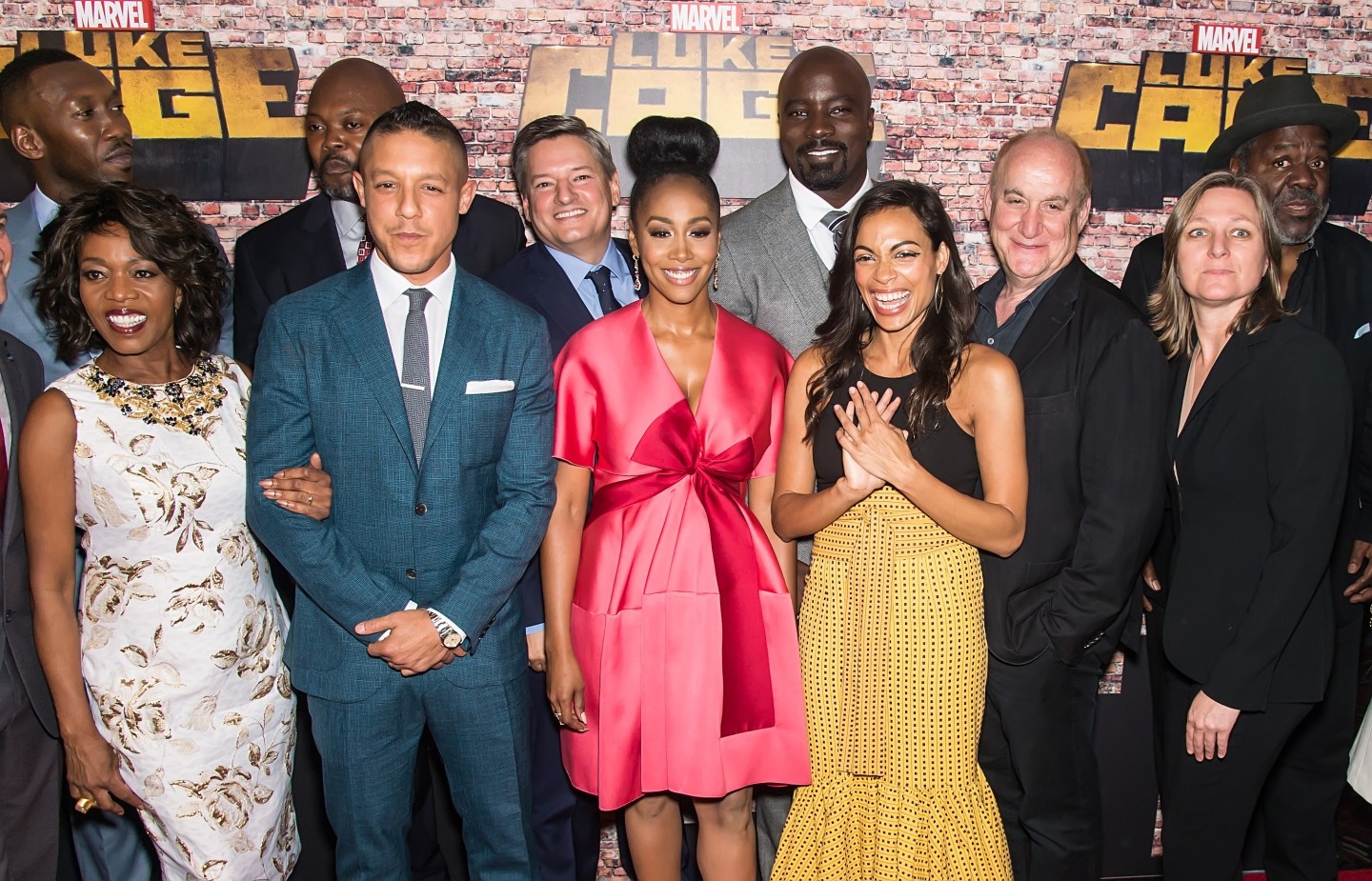 On Saturday, the streaming service Netflix went down for two hours, prompting entertainment seekers to take to Twitter to gleefully speculate: Did Luke Cage break Netflix?

The outage came just one day after Marvel’s Luke Cage series debuted its first season, 13 episodes of super-strength drama. The series is based on the Marvel Comics character of the same name, a soulful and conflicted former convict with superhuman strength, unbreakable skin and an aversion to cursing.

Got some heroes at #Netflix fixing things. They're all over it. Meantime, keep this in mind. #LukeCage pic.twitter.com/eUPkE8dH5H

When the service was restored, the binge-watching happily continued.

A reviewer for the New York Times, however, was not so lucky. From Mike Hale’s review:

“But if you make the inevitable comparison to “Jessica Jones,” the show from which it was semispun off, it looks decidedly average. Mr. Colter was better served there, playing a stoic Cage in a supporting role — here he doesn’t seem comfortable carrying the show. And “Jones” pulled off the trick of being both a compelling narrative and a smart, frightening commentary (in that case, on predatory male behavior). “Cage” tries to do a similar thing with racial politics but gets lost in platitudes. Its messages don’t get under your skin.”

Black Twitter stopped just short of showing up at his home and demanding his critic’s credentials.

.@mikehalenyt you should've passed this review to someone who understand the importance, or just gives a sh*t.

.@nytimes, if u let someone write a review about a black character, maybe edit out part where they say we should be white ppl's sidekick

Luke Cage fans may not have broken the internet, but the series itself is a breakthrough. Where it may fail to follow the logic and complexities of the Marvel Universe (which I do not pretend to understand), it absolutely does take us into new territory on black masculinity and heroism, abandoning old tropes about black male strength that were both exploitative and diminishing.

The series is filled with sly references to black achievement which, granted, may grate on some. But their real value is not as a cobbled-together history lesson, but as context for a neighborhood, Harlem, that has a very specific value worth protecting. (Although a lively online discussion about Crispus Attucks, the first person killed in the Boston Massacre, actually happened.) And the real issues that urban black communities face – from gentrification, to overpolicing, and of course, crime – all come into play here, but expressed from the points of view of real black characters.

Thanks to the recent addition of OWN’s Queen Sugar, Ava DuVernay’s series about a black family from Louisiana, and Donald Glover’s extraordinary FX series Atlanta, mainstream audiences now have an embarrassment of “diverse” entertainment riches to from which to choose. They’re diversity reimagined: Because these shows are populated by fully realized characters behaving authentically, we don’t have to know someone exactly like them to understand them. They also herald the return of the artist. Atlanta, which is a revelation on many levels, not only boasts an all-black writer’s room, unheard of in television, several of them have never written for television before. There’s no diversity algorithm or checklist in sight.

And yes, sometimes it’s personal. I’ll admit that it was a singular thrill to watch the hunky Mike Colter, who plays Cage, defend the Harlem village that helped raise me. But what Luke Cage, Queen Sugar and Atlanta all do so well is transform formerly invisible people into characters whose humanity becomes clear. And that makes them neighbors worth fighting for.