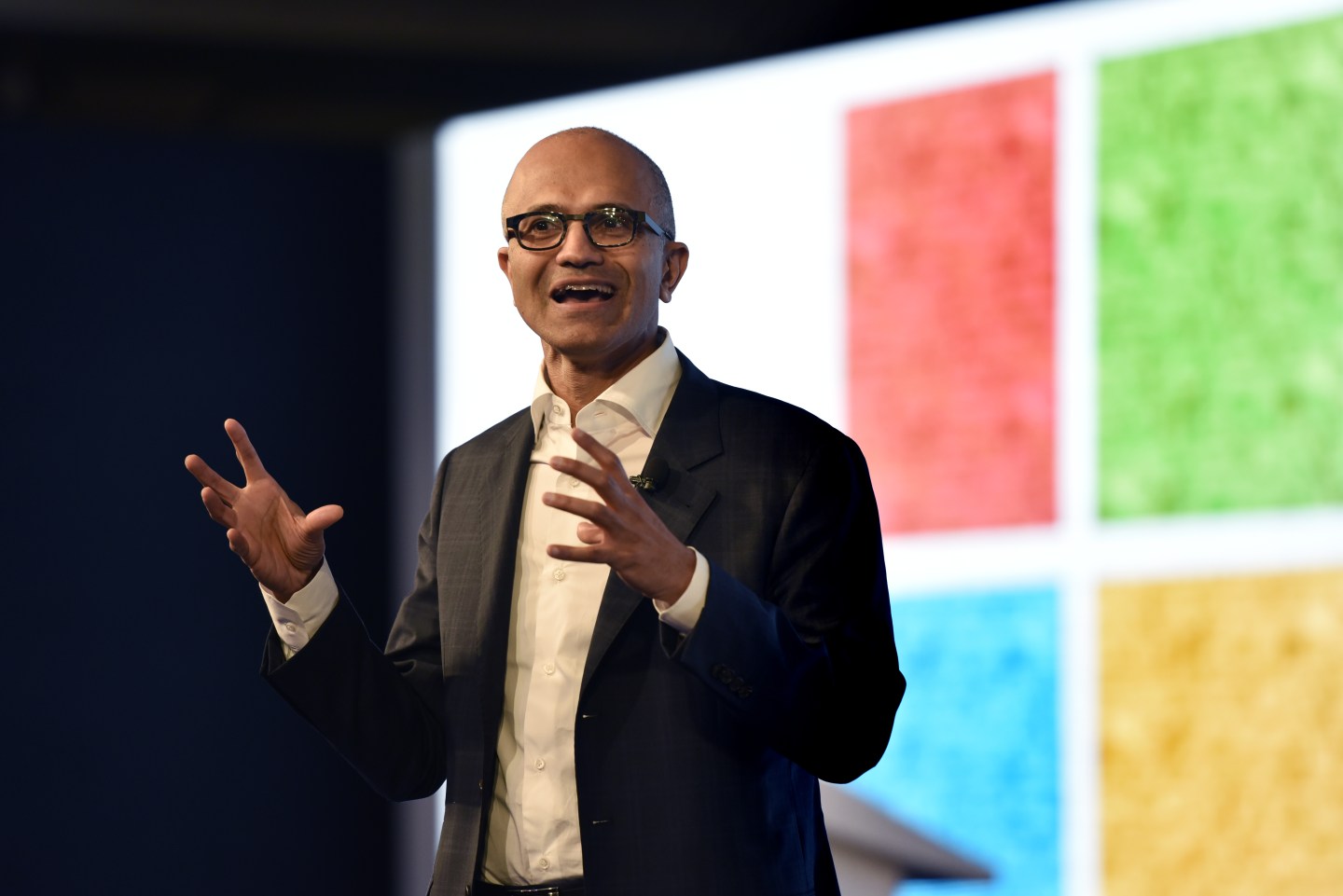 NEW DELHI, INDIA - MAY 30: Satya Nadella, CEO of Microsoft Corporation, during the Microsoft India event Tech for Good, Ideas for India A conversation with young achievers, students, developers and entrepreneurs on May 30, 2016 in New Delhi, India. The India-born CEO, who is on his third visit to his home country since taking over as Microsoft head in February 2014, met Prime Minister Narendra Modi and other ministers to discuss issues pertaining to the IT sector and enhancing partnership for initiatives like Digital India. (Photo by Virendra Singh Gosain/Hindustan Times via Getty Images)
Photograph by Virendra Singh Gosain — Hindustan Times via Getty Images

On Monday, Microsoft chief executive Satya Nadella said Microsoft will add a new Azure data center farm in Paris. Azure already runs out of data center farms in Germany, the U.K., and Ireland. He mentioned the news briefly during a keynote speech at the Microsoft Ireland Tech Gathering in Dublin.

Microsoft (MSFT) is building cloud capacity globally, Nadella said, and has doubled its Azure capacity in Europe in the past year. In addition, he again noted that Microsoft must “address legitimate data sovereignty and other compliance needs of European countries.”

Update: The Microsoft press release notes the new French data center facilities will come online in 2017 and that Microsoft has spent $3 billion on European cloud infrastructure to date.

Digital sovereignty regulations in Germany, France, and some other countries mandate that citizens’ data remain in the country of origin. In the past, however, data of many European cloud users ended up being stored on servers running in Ireland, or outside of Europe.

Each of these data center compounds are packed with servers and storage gear that customers can rent to perform computing tasks and store data. Many companies are using or are thinking about using these “public cloud” facilities to supplement or even replace their own data centers. AWS is the largest and oldest of the three major providers, and Microsoft Azure is viewed as the up-and-coming No. 2 player.

Note: this story was updated with a link to the Microsoft statement, and additional information on European cloud investment.